Now before we even get started, no this isn’t a podcast hosted by raccoons discussing the intricacies of discarded food. However, in a way it’s not too far off from describing this weird amalgamation of childhood trauma, comedic anecdotes and gloves-off, cross cultural banter. Where, instead of trash pandas foaming at the mouth over leftover pizza, you get three men frenziedly arguing about whether you should eat pizza crust or not. It’s somehow the perfect combination of what it’s like eavesdropping on a good conversation and a blanket of reassurance for foreigners experiencing life in Japan.

In early 2020, talent agency GeeXPlus reached out to anime focused Youtubers Connor Colquhoun (CDawgVA) and Garnt Maneetapho (Gigguk) with an offer to bring them to Japan and join their longtime friend Joey Bizinger (The Anime Man) to create content under their management, they had no idea it would be the catalyst for the creation of the very successful Trash Taste podcast.

Now, nearing their 100th episode and millions of subscribers, followers and listeners later “the boys” sit down with Metropolis to discuss working in Japan as professional content creators.

Each of you may have started your rise to fame on YouTube, but now have branched out and found success on other platforms and professions. What would you consider your job title to be now?

Joey: That’s tough because the term YouTuber has become a little ambiguous these days, but I much prefer it over the term influencer.

Garnt: Definitely, even though we do other things it keeps things simple to say just YouTuber.

Connor: Yeah I think we have all learned to despise the term Influencer, but even so, the term YouTuber has negative connotations too, due to past YouTubers who have visited Japan.

[The three of them glance at each other and laugh uneasily] *For the uninitiated, YouTuber Logan Paul came to Japan in 2017 and posted videos of himself doing distasteful and culturally inappropriate things.

Joey: My grandma just says i’m a comedian whenever she introduces me, so i guess that works too.

How do you feel about the popularity of kids wanting to become a professional content creator when they grow up, over the more traditional careers like firefighter or astronaut?

C: I think it’s pretty cool though that it can actually be viewed as a career.

G: The popularity is understandable, it’s probably all that they watch. It will be interesting to see what happens in the future though. 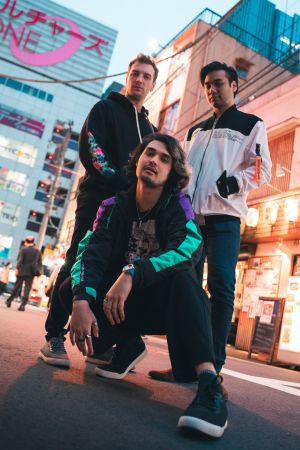 Speaking of careers, is there a point where reading manga, watching anime or playing video games stops becoming a pastime and is just work?

J: For sure, it’s impossible for me to read or watch something as a hobby and not be thinking at the same time, how can i make a video on this.

G: At the same time it also forces us to watch or read something we normally wouldn’t because it has become so popular.

C: Those are the pros and cons. As an ‘influential person’ you may come across something you really like that gets you excited to share, whether it be a new manga or video game, and you want to share it with your community. You have to decide if it’s worth just keeping it to yourself.

J: It’s kinda weird how it all works out. Your hobbies become work, so you then have to find new hobbies to enjoy.

Looking back at your own careers, at what point did you start thinking “I made it?” Or do you still believe that you have some ways to go?

C: I guess I did when I made the majority of my income from YouTube and lived comfortably, but It really depends on how each person measures their success. For some it’s when they first get a million views on a video.

J: That’s where people mess up. It’s not just about having one successful video or [live]stream, it’s about being able to consistently create videos that get a million views.

C: Yeah, I’ve seen it so many times. A YouTuber gets one popular video and thinks they made it, but can never do it again and give up.

G: I don’t like thinking ‘I made it’, I’m just the type of person who is always thinking I’m one mistake away from losing it all. But I think that’s partially just the way I was raised.

With the success of Trash Taste and your own individual careers, also comes the success of the “leeches,” [Twitch clippers that take snippets of live streams and post on their own YouTube Channel, reactors that just rewatch content in its entirety and react to it and unofficial merch sellers]. What’s your own personal take on this issue and at what point is the line crossed into the theft category?

J: It honestly depends. I’m perfectly fine with someone reacting or clipping something from my videos, but once you monetize it and try to make money off of my hard work, then I have a problem. It’s tough because it’s so unregulated and there are no clear rules.

G: If you add something of your own to it, I think that’s a little different.

J: Yeah, there’s one channel who started doing a Russian dub of our entire podcast without any of us asking. Now that is something that takes a lot of effort to do for an over 2 hour video, every week.

G: If we have Russian fans out there who have found us through that dub, that’s great that they’re able to connect through that.

C: That’s always the argument, is their video really transformative or are they just posting themselves reacting to our video in its entirety. At that point it’s just like come on.

Then again I feel like it also depends on the platform. Reacting to videos on YouTube is often looked down upon, but Twitch is ok. It really just depends. 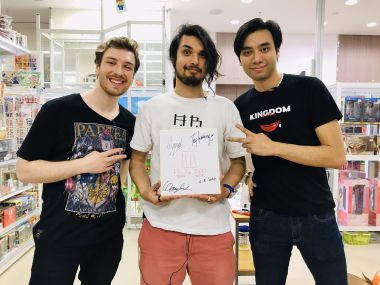 With YouTube’s less than stellar copyright strike system and Twitch’s questionable admins ending careers overnight, what fears do you have for your own careers and do you have any precautions in place?

C: There’s been a lot of people who feel like they are in a safe place on YouTube and when things go wrong they just disappear. When you get money, invest it!

J: That’s the thing, don’t put all your eggs in one basket. It can be scary when you think about a company with all that power, but that’s when it’s important to expand, whether it’s other platforms, Patreon or selling merch. You gotta have back up plans.

G: You can never be too prepared. You may be thinking ‘I’m following all the rules, I should be fine’, but it can truly happen to anyone. Whichever platform it may be, they probably don’t have your best interests at heart, it’s up to you to look out for your own career.

With Garnt and Joey being in relationships with people of the same profession, from different countries, what type of tax/visa nightmares did you have to deal with?

G: It really was a nightmare, but we are really lucky we have such great management, they took care of most of the tough part

J: Luckily I didn’t have to deal with the visa stuff, but it was a really weird transition for me. Prior to doing trash taste I was always considered a freelancer — which was a totally different beast —  but now as an “employee” things have become easier in some ways.

G: As far as having a partner with the same profession it’s all about boundaries. If I’m helping Sydney with a video I consider it work, but at the same time making sure to separate it from off time.

J: Drawing that line is definitely important, Aki and I set certain times for work, anything outside of that can wait. I think when you don’t find that balance is when things go wrong. It’s especially hard in our line of work where part of our lives is so public.

As for Connor, does the thought of having a partner with the same profession, dealing with the same things as you daily, entice or scare you away?

C: Yeah I have no intention of ever being in a relationship with another YouTuber. I’m already way too self absorbed, there is no way I can be with someone that is as well.

It’s not uncommon for friendships to turn sour once money or fame is involved. What’s the secret to maintaining healthy friendships when business is involved?

J: They Paypal me money every week so there is no problem. In all honesty though, I think it’s because we have been friends for a long time, way before we thought about doing a podcast.

C: For us this originally felt like a side project, friends sitting around talking about whatever and waiting to see if it would work or not.

G: I think that’s definitely what made it successful, we’re not stuck sitting around being told what to talk about, we’re lucky to be able to choose what we want to talk about.