Japan life and all its practicalities can be overwhelming even for the experienced. From late-night discounted bentos to the life-saving power of Google Translate’s camera function, there are many facets of Japan life we wish we knew earlier. It can range from basic knowledge (shop at 100-yen stores) to the bizarre (when NHK comes to your door, say ‘nihongo tabemasen’, according to user smokeshack on Reddit). And who would know these tips better than the people that document it? We asked some of your favorite Japan-based YouTubers and influencers to share their hacks to help us save that time, money and stress. 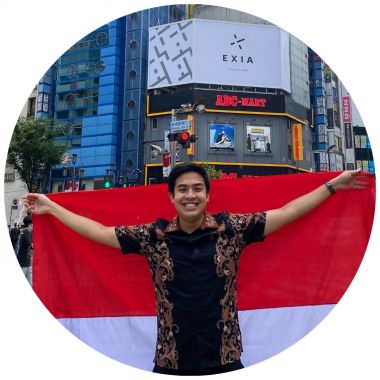 “If you want to save money, buy food at the supermarket after around 8 p.m. since they usually give discounts of up to 50%. But many people also do this, so be careful because if you come too late, it’ll all be sold out! Lastly, you can always use Google Maps everywhere you go in Japan. It makes information about trains, such as where to exit from the station and the train numbers very easy to access.”

Originally from Jakarta, Indonesia, Jerome Polin is a YouTuber, internet celebrity and co-owner of the Indonesian based cafe, Menantea — all while studying in Waseda University’s Applied Math Program. Follow his channel for eating shows, student vlogs, konbini hauls and the Southeast Asian experience in Japan. 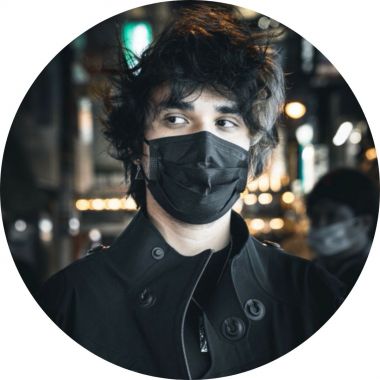 “Don’t be afraid to talk to the locals. Most of the time the locals are OK with talking to you, even if you’re not amazing at Japanese. Most of the time if you’re friendly and you try your best to interact with them in Japanese, they will take that as a sign of respect for their culture and will do their best to engage in your conversation. A lot of Japanese people are very shy, especially around new people (more so if you’re a foreigner) so it’s important that you are the one to initiate the conversation. You never know… you might even find a new friend because of it!”

Joey is a Japanese-Australian YouTuber, voice actor, musician and podcast host. From his beginnings experimenting with YouTube videos as a student at Sydney University, this digital polymath now shares content featuring (but not limited to) anime, manga, gaming, extreme challenges and Japanese culture to a following of over three million. 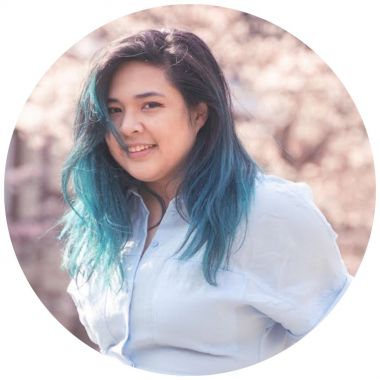 “When learning Japanese, I recommend taking what you learned that same day and immediately start using it. Otherwise, you’ll forget it. If it’s a new sentence, keep using it and have fun switching up the words with new vocabulary. As scary as it is, learning Japanese means you’re going to have to speak to people even if you don’t say it correctly. It’s inevitable that you’re going to mess up, but that’s how you learn. Overcome that fear and keep learning and engaging in conversation.”

Aki, popularly known as Akidearest, is a Filipino-American YouTuber and content creator originally from Las Vegas, Nevada. She’s widely known for her videos about anime, manga, gaming and for making even the most niche concepts of Japanese culture accessible to everyone. 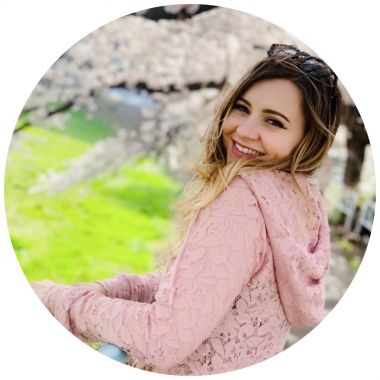 “YAMAYA. It sounds very Japanese, but if you’re craving some foreign foods or snacks, this is one of the best shops to find them! They’ve even got real cheese! This is a chain that you can find all over the country.”

Born and raised in Victoria, Canada, Sharla is a YouTuber who has been living in Japan for over 15 years. She currently lives in the city of Sendai, Miyagi. On her channel you’ll find videos documenting her travels, home makeovers, pet cat Maro, everyday life in the tranquil Japanese countryside and more. 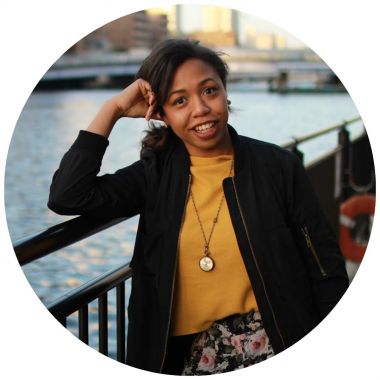 “Avoid almost any awkward situation in Japan by saying something first (in Japanese).

Whether its stares, the awkward silence as you walk into a restaurant or your first time in a group of Japanese coworkers/students, you can save yourself a lot of frustration by realizing you have to be the first person to say something. At a local restaurant, try “Ima yatteimasu ka?” (Are you open?) or “Hitori/futari daijoubu desu ka?” (Can you seat one/two people?) and POOF they know you’re not a walking TOEIC exam. Even if you know the answer, you’re not ACTUALLY asking these questions, you’re saying, “It’s OK, this is not an English test. We’re good.

Just keep at least one little sentence in your back pocket for a wonderfully non-awkward time and the chance to actually start fitting in.”

Loretta is a vibrant and animated polyglot who has been in the YouTube scene for over 10 years now. As a New York-native, she specializes in helpful videos for Japan newcomers, as well as language-related content. 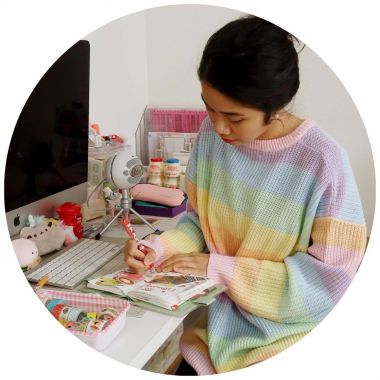 “If you want a free travel souvenir, you can collect train stamps from selected train stations! The popular train stations (usually JR) have a train stamp booth. You can also ask for it directly from the train staff (they will bring out the stamp + ink). Tokyo also has many interesting die-cut local postcards from Japan Post (“gotochi form cards”). These are great souvenir items for your friends living outside Japan.

Use Instagram hashtags to find unique and interesting places to visit. I usually type “#東京” in the search box and browse through different top hashtags. If you want to know the recommended cafes/restaurants per  location, you can search something like “#渋谷グルメ” or “#渋谷カフェ.” 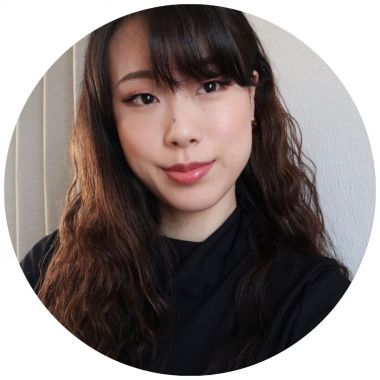 “I use LINE not just as a message app but also as a coupon. They offer coupons for some chain restaurants, conbinis and drug stores. All I have to do is to show the coupon code to the cashier. I also often use cashless payment — not only because it’s better for “covid life” — but I also can get a few points back. I can even get some loyalty points from my credit card too when I pay through my card. As far as I know, services like Paypay, LINE pay, Rakuten Edy even have English translations!”

Asagi is a Japanese native fluent in English. Her YouTube channel, which promises “No BS Japan”, is a prime location for reactions to Western culture from a Japanese perspective. 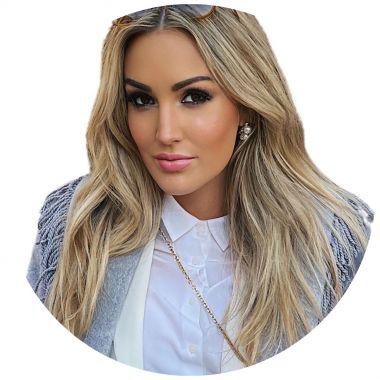 “I absolutely love to try new restaurants and activities, but as I am vegetarian, this can be more difficult living in Tokyo! I use Google Maps to mark new or favorite vegetarian-friendly restaurants, stores or activities I hear about by selecting the location and adding it to the “saved” section. When I am out and about and ready to eat or see something new, I pull up my Google Maps and look for my red hearts to see the nearest spot that fits my particular occasion! This always leads to exciting fresh experiences.”

Caitlin Steiner is a travel blogger and influencer with experience in marketing and events in New York City, Seoul and now Tokyo. This jetsetter documents her travels, fashion and beauty tips, and experiences on her Instagram. 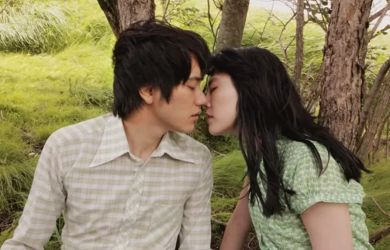 ​​5 of Japan’s Weirdest YouTube Channels You Should be Watching
From fingernail rings to things with fins, dive into the rabbit hole 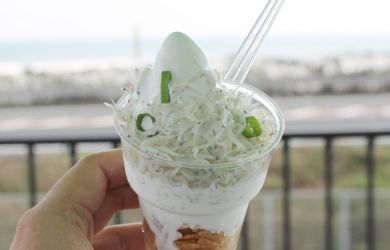 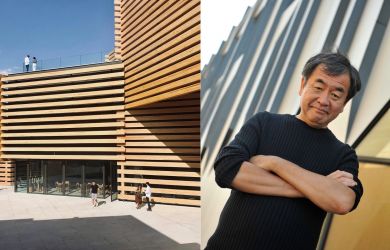 Kengo Kuma: Skyscrapers Are Going Out of Style
The future of Tokyo’s skyline and how tracking cats via GPS is part of it

Who’s Who in the J-Vlogging Scene