Fighting for the lives of children with serious illnesses

“Hit with the left, follow through with the right,” bellows the boxing coach. The punching bags in the gym are taking a pounding, sweat pouring down the trainee fighters’ faces, their breathing getting deeper and more audible as they push their physical limits more and more. They are not prizefighters gearing up for a title fight, however. They are real people, local professionals working in varying industries such as law, IT, finance, to name a few, who have undertaken the challenge of an intense training program in order to step into the ring and raise money for a good cause.

Some of the fighters taking part in Executive Fight Night IX

Now in its ninth year, the hugely popular Executive Fight Night — managed by the charity organization Shine On! Kids (SOK) in collaboration with Club 360 and Empire Entertainment — sees two teams of fighters going toe-to-toe in the glitzy and glamorous ballroom of Grand Hyatt Tokyo, cheered on by spectators who are there to enjoy an evening of excitement and fine food supplied by the hotel’s top chefs.

The event is not just for the entertainment value of watching amateur boxers slogging it out, though that is obviously very much part of the appeal, especially if one of them happens to be your boss. The main beneficiaries will be the thousands of children across Japan who have to undergo painful operations and treatment for serious illnesses such as cancer. “The metaphor of the fighters in the ring representing our kids fighting through their personal treatments is powerful,” says SOK co-founder Kimberly Forsythe-Ferris. “Everyone in life has to fight at one time or another. The battles are different, but as humans, we all have challenges we have to overcome.” The funds raised from EFN will help improve and expand the organization’s Hospital Facility Dog Program. Together with their professional nurse-handlers, the dogs, trained for over 18 months to work in a hospital environment, give courage to reluctant children, accompany patients during medical procedures, and of course give lots of hugs and smiles.

This year, over 50 potential fighters enrolled for the grueling 12 week schedule at Club 360, the Hiroo-based gym that facilitates the training. Only 18 of them would be selected for the final stages, whittled down over the initial weeks under the watchful eye of Club 360 owner Nathan Schmid and Head Combat Coach Brian McGrath, who is the current holder of the J-Network and WPMF Japan Light Heavyweight titles in kickboxing. They were looking out for individuals who didn’t necessarily have boxing skills, but showed a will to succeed in order to make it through such an intense and physically demanding training camp. And there has been no shortage of that this time around. “The most difficult thing this year, actually, is getting everyone to slow down and not punch their training partners too hard,” says McGrath. “Everyone is very athletic and competitive.” 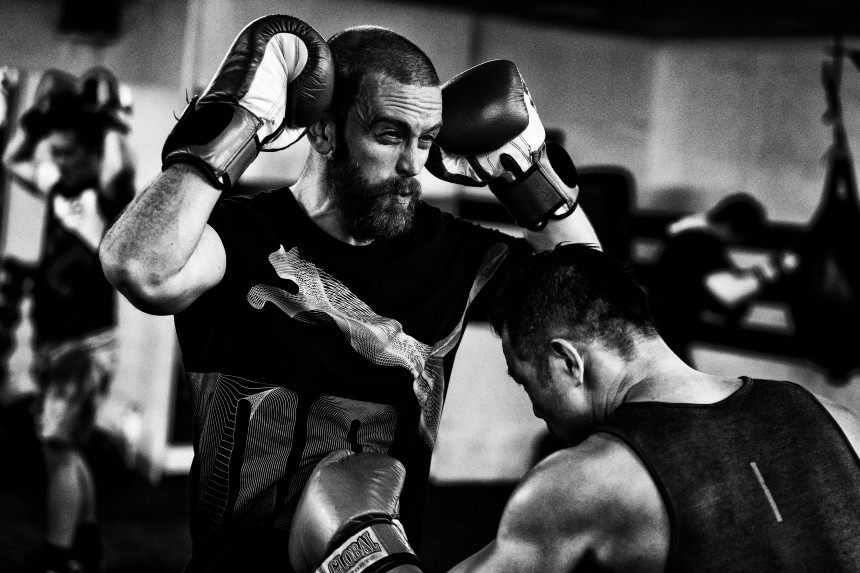 The lineup is an international affair, with five Brits, four Americans, three Japanese, two Australians, a Kiwi, a Canadian, an Israeli and a Papua New Guinean making the final cut, and all the fighters are fully focused on the bigger fight — their own personal glory being second to what they hope they can achieve via donations. “I wanted to see if I could challenge myself to do more and thought if I participated, I could raise more money,” explained EFN fighter Vinh Tran. The American national wrestled in his high school days but this will be his first time stepping into a ring in front of a live audience, as it will be for a majority of the fighters involved. Like Tran, several participants have had some fighting experience, but for a few they have trodden this particular path before. Derek Simmons, also from the USA, took part in EFN V, but doesn’t feel his previous experience gives him a particular edge. “Despite my coaches’ best efforts, I can’t really box. But I can definitely punch, so I’ll stick to doing that on the big night.” 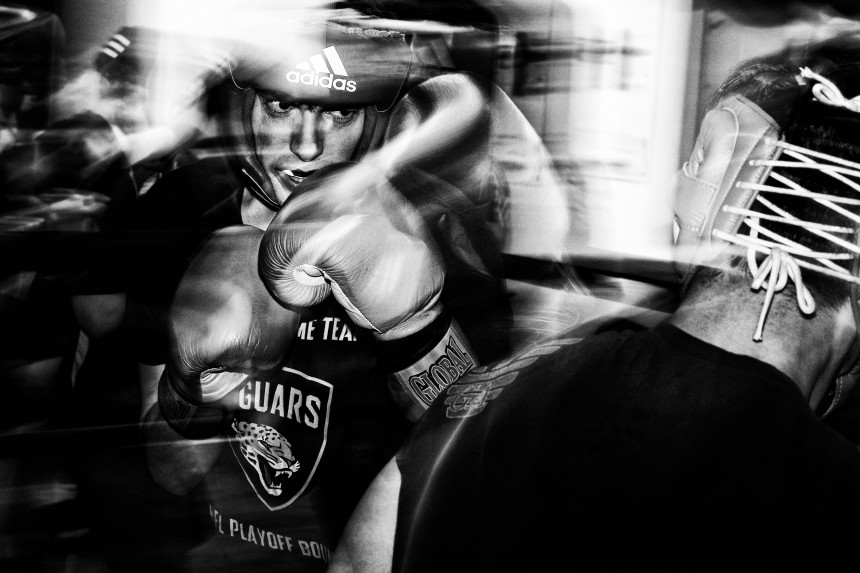 This year the audience has an opportunity to have a more interactive experience via a smartphone app that will enable users to view bouts, place “bets” (donations), keep track of winnings and earn bonuses for themselves and their table. The biggest winners on the night however will be the kids, who can hope for a better future thanks to the efforts, win or lose, of the dedicated individuals fighting their corner.

Executive Fight Night will be held at Grand Hyatt Tokyo on May 31. Dress code is evening/cocktail dress or black tie. To book tickets, and/or pledge a fighter, please visit www.executivefightnight.com for more details.