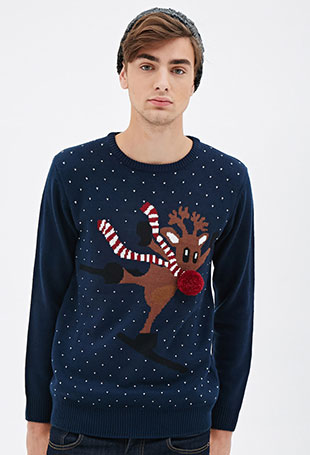 The plunging temperatures and hearty food of the festive season allow no time to let the fashion side down. Moreover, this is one of the few times of year when you can get away with wearing or even gifting the ironic ugly sweater—although I for one would like to propose a memorandum on pairing one with an ironically-worn jaunty Santa Claus hat. There is only so much irony one can take.

Those looking to make themselves the centrifugal force of a party can look to the likes of Forever 21, which has affordable ¥2,480-plus-tax options featuring dancing reindeer and the like. But those willing to brave the vintage shops of Koenji or Shimokitazawa can easily find an authentic ’80s example just like your grandmother used to make—although you will pay a shade more for the real deal. 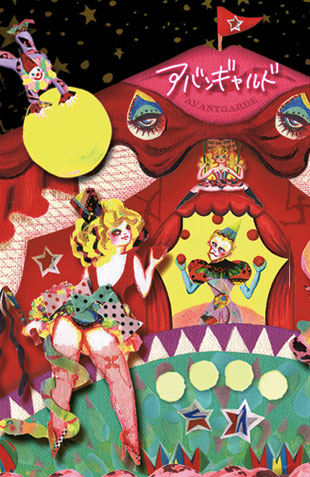 Not all news is good news: This month sees a particularly bad blow to the Harajuku fashion scene with the closure of Avantgarde, the legwear emporium that single-handedly launched the faux-tattoo tights boom of 2011, the asymmetric tights boom of 2012 and a whole host of others that anyone with their finger on the pulse of Harajuku’s backstreets couldn’t have failed to notice.

However, Avantgarde’s success came at a cost—namely that its original designs were ripped off faster than they could be made, with big online retailers that specialize in copies—as well as local Harajuku chains that should know better—taking advantage of the creativity of the tiny basement boutique. Manager and all-round trend-setter Kazuhiro Watanabe has had enough and pulled the plug on the shop, leaving the fakers floundering for inspiration.

Those who’ve yet to have their fix of the Avantgarde tights formula have until the end of November to swing by the store, and we can only look forward to seeing what Watanabe turns his hand to next. 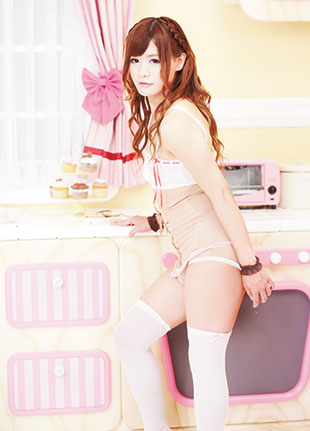 19-year-old Tama Art University design student Gomi Hayakawa has been the talk of Tokyo town of late, with her Campfire-crowdfunded lingerie line exceeding its initial funding target of ¥250,000 by some 565 percent. With so much more cash on-hand than she needed to produce her first collection, the young creator not only expanded on her original concept but also staged a fashion show in Shibuya for her eager contributors. The concept of her Feast brand is to provide fashionable bras in sizes AAA to A, which is a realm currently mainly catered to by overly childish or else frankly dull designs. At any rate, there’s clearly a gap in the market for what the designer herself dubs “Cinderella bust” bras, not only statistically, given that most studies will agree some 8-10 percent of Japan’s adult population require an A or smaller cup size, but also by sales, with the entirety of Feast’s first collection selling out within 24 hours of release. A new collection is planned in time for Christmas and will be available online.