‘Followers’: The Highs and Lows of Insta-fame

A fictitious drama with a semi-autobiographical feel to it, Netflix’s original Japanese series “Followers” delves into the capricious and obsessive world of social media and the highs and lows associated with Insta-fame.

The nine-episode series stars Miki Nakatani as Limi Nara, a successful photographer who’s on a mission to find a father for her first baby. During a photo shoot, she spots Natsume Hyakuta (Elaiza Ikeda), an aspiring actress working as a stand-in who gets ignored by everyone. Frustrated by the situation, she takes a bite into the chocolate she’s advertising. Limi’s impressed by her rebellious attitude and takes a candid shot of her which she later posts on Instagram with the words “Kageki ni ikiro” (“live radically”). Natsume’s career blows up as a result, but she quickly gets a taste of the perils of fame after an ill-advised conversation that spreads online.

The drama is directed and co-written by Mika Ninagawa, who like the lead character is a renowned photographer. The 47-year-old Tokyo-native, who rose to fame in the mid-nineties due to her vivid, ethereal photos, has won critical acclaim for movies such as “Helter Skelter” about an actress with a scandalous secret and “No Longer Human” based on the life of Japanese author Dazai Osamu. “Followers” is her first serial drama.

“So far, I’ve made four films and they’ve had largely heavy themes,” says Ninagawa in an official interview with Netflix. “This time I wanted to create something lighter and more invigorating. I thought that was something I could convey through my everyday life. In Japanese dramas, you often see the same type of female characters. They’re troubled, want to get married or worried about the future. Of course, everyone, including myself has these issues, but I didn’t want to just focus on that. Women are interesting and happy. It’s a side to us that isn’t portrayed enough on TV, so I tried to showcase that through this drama.

These days, we’re being drowned in information and people are being evaluated on the number of followers they have. I think for my generation that’s something we can handle, but it’s harder and more threatening for adolescents.

“Having filmed two movies last year, I felt that I’d gotten used to shooting,” continues Ninagawa. “Making this drama, however, was completely different. Not just when we were on set, but the editing process as well. Usually, when doing a movie, I stop all other work. This was much longer, though, so I went back-and-forth between the drama and my job as a photographer. It was difficult to focus. Also, as the main character is doing the same work as me, there was an ambiguity between what was real and what wasn’t.” 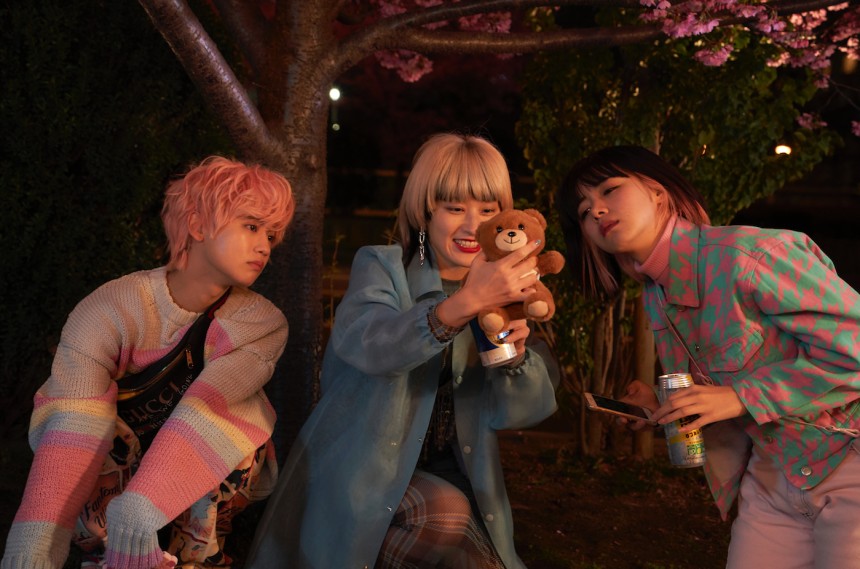 Ninagawa attempts to communicate her thoughts through Limi, a character with a similar lifestyle to the director. Yet, while they are alike in many ways, she’s eager to point out that the role of Limi is not an autobiographical one. It’s more of an idealized version of herself with Nakatani’s performance, in her own words, making her look “crisper and more sublime.” Rather than concentrating on one person, Ninagawa uses this drama to tell her own story through various characters, including Natsume.

“With Natsume I was thinking about myself during those younger years while imagining how tough it can be for the youth of today,” says Ninagawa. “The pain we felt compared to what youngsters feel now is different. There’s a line about people in the past being lucky because ‘they could do things more freely.’ These days, we’re being drowned in information and people are being evaluated on the number of followers they have. I think for my generation that’s something we can handle, but it’s harder and more threatening for adolescents.”

For Natsume, who’s not used to being in the public eye, the online criticism proves hard to take. Limi, meanwhile, has her own issues as she struggles to find a suitable lover to make a baby with. Other characters of note include her love interest Tamio (Tadanobu Asano), her flamboyant manager Yuruco (Nobuaki Kaneko), a powerful businesswoman named Eriko (Mari Natsuki) and Natsume’s best friend and secret admirer Sunny (KOM_I). There are cameos from several celebs playing themselves such as Naomi Watanabe, Yu Yamada and Miyavi, while the city of Tokyo also plays a major part in the production.

“Many overseas brands and top creators come to film Tokyo and I’m usually left disappointed with the way it’s perceived,” admits Ninagawa. “Having been born and raised here, there’s always been a strong affinity between this city and my work. I knew someday I would paint a proper picture of Tokyo. When I was younger, I couldn’t put it all together well. This was the perfect opportunity to show the world my hometown.” 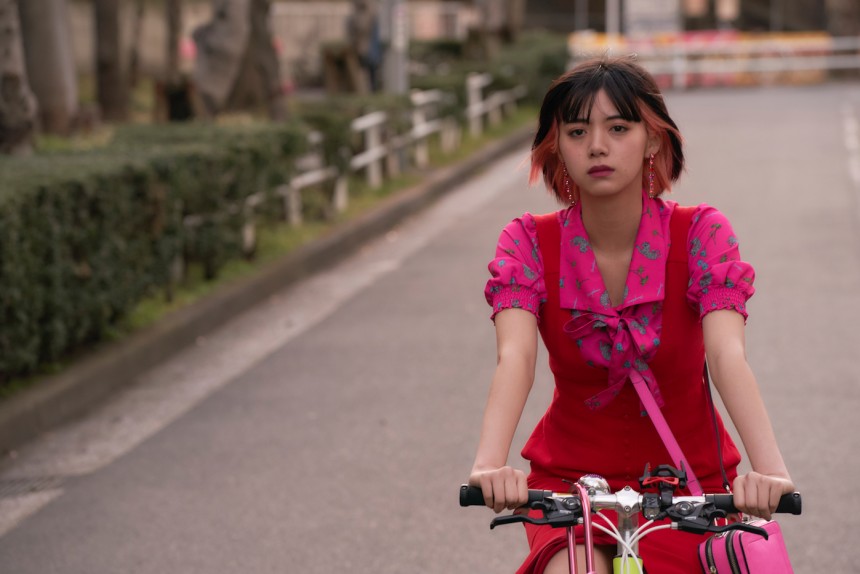 Ninagawa depicts Japan’s capital and the people (particularly the women) living here as vibrant and colorful, just as she does with her photographs. It, therefore, comes as no surprise to hear that the show has been compared to the HBO hit “Sex and the City.”

“‘Followers’ might not be a drama that’s agreeable to everyone’s tastes, but I do feel it depicts females in a way that hasn’t been shown before,” concludes Ninagawa. “I hope people try it and keep going for at least three or four episodes before deciding whether to proceed or not.”