Prizewinning playwright Toshiki Okada’s God Bless Baseball examines Japan and South Korea’s complicated ties with the United States through the lens of sport, also offering a new way of looking at the two countries’ own troubled history. Over a century since America’s national pastime arrived in both nations, Metropolis heard from Okada about the motivations behind his new piece and the differing Japanese and Korean approaches to the sport ahead of the work’s staging as part of this year’s Festival/Tokyo.

Why did you choose baseball as a subject for this Japan-Korea project? 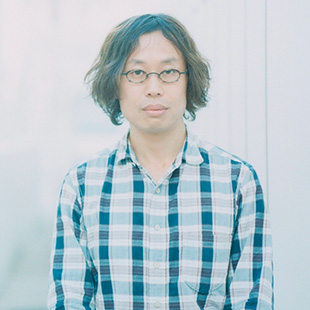 I’d wanted to create a work about baseball for a long time, but I didn’t know when I would be able to do it. When this year’s Asian Arts Theatre festival in Gwangju invited me to participate, I thought to create a joint production bringing together Japanese and Korean actors. It may have been intuitive to choose baseball because of the popularity of the sport in both countries. And as baseball implies a strong American influence, it made sense to include [the U.S.] too. The influence of America is an essential question for both countries, and both are trying to figure out how to think about the U.S., so it made [for] an ideal theme.

Tell us about your personal experience of baseball.

I played as a kid—but only because my father strongly wanted me to, and it wasn’t much fun. One coach would beat us for no reason. So for me, baseball was a traumatic experience; it’s actually the worst memory of my life. For that reason, I’d long wanted to write a play about baseball.

How does baseball differ in Japan and Korea?

Korea seems to lack the connection with spirituality, the earnestness, the sometimes coercive nature of Japanese baseball. The fans I saw in Seoul come for the excitement. Fans are invited to hold drinking competitions or propose marriage on big screens in the stadium.

How can baseball provide a new way for Japan and Korea to approach America?

I hope the play can help us think about what America means to the people of both countries. One way to consider the U.S. is through the popular sport of baseball, as America looms large for both countries. But this means I was lumping together Japan and South Korea, which created various challenges. When you think about both countries, historical problems come to mind. Approaching historical issues that divide us through the lens of America helps to offer a new way of looking at our differences. Baseball provides the ideal means to attempt this.

Differences between American and Japanese baseball have been explored in books like You Gotta Have Wa and films such as Mr. Baseball. How does God Bless Baseball add to this work?

Unlike these, I’m not considering the differences between Japanese and American baseball. Rather, the comparison is between Japan and Korea at one level, with America standing above us. For example, the fact that Japanese and Korean players now go to the major leagues is a way to judge how much both countries have improved. We compete over how many players we have in the major leagues. I’m interested in these kinds of relations between the countries.

Who are the South Korean members of the team, and how did you come to work with them?

Yoonjae Lee is an energetic and effective actor. Actress Sung Hee Wi is a veteran of physical theater, and also a choreographer. I auditioned them both last summer in Seoul.

The eighth edition of Japan’s most ambitious theater festival presents a range of works throughout November at venues centered in Ikebukuro. In addition to God Bless Baseball, presented in Japanese, Korean, and English, a number of works offer English subtitles.

All the Sky Above the Earth (Wendy’s Syndrome) is Spanish theater giant Angélica Liddell’s consideration of themes of sex, violence, and madness through the eyes of Peter Pan’s Wendy, who visits Utøya, the Norwegian island where 69 young people were killed in 2011.

Being Faust – Enter Mephisto is a smartphone-enabled reinterpretation of the famous German legend by the Goethe-Institut Korea and game development company Nolgong in which the audience itself takes on the role of Faust.

Folks in Shizuoka can enjoy an English-titled rendition of Shakespeare’s A Midsummer Night’s Dream, while a number of other works are rooted in physical movement and can be enjoyed regardless of language. Among these, the focus in this year’s program on Myanmar’s burgeoning theater scene in Roundabout in Yangon promises three works that range from performance and installations to video works and music.

The Tragedy of Macbeth