Blurring the line between the real world and fantasy, Singaporean designer Josiah Chua has set out to bring Satoshi Tajiri’s original Pokémon series to life in his recent graduate collection. Entitled “Hyper Reality,” the work is both a literal nod to the series—with the iconic monsters’ faces imprinted on the clothes—and a figurative one that comments on how street-fashion culture treats its stars, sending out “snap hunters” around Harajuku to capture its extroverts in the wild. 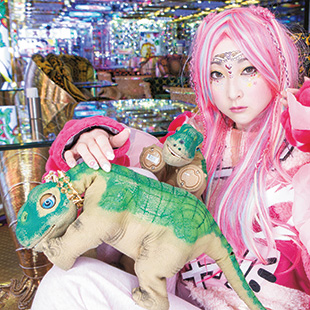 Beyond turning the wearer into a real-life Pokémon, the clothes straddle the line between worlds. The patterns making up individual garments are taken directly from manga panels, katakana onomatopoeia jumping out on layers of tulle, and even the textiles are inspired by the franchise’s plush-toy collectibles.

In the flesh, the work feels like an experiment in augmented reality: the characters are familiar, the visual logic is seen in countless comic pages and anime frames—and yet, it juts into the real world. A wild Pikachu could appear on your morning commute; a Chansey could be queuing before you in a konbini.

The young designer is a recent graduate of Bunka Gakuen University’s Global Fashion Concentration, an institution that, like the man himself, is seeking a place for Japanese fashion on the world stage. To further this goal, for Chua, selecting Pokémon was an easy decision. 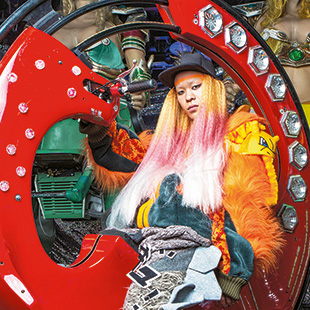 While the series was an integral part of his childhood in Singapore, it is also a worldwide phenomenon and an unofficial ambassador for Japanese culture, far outstripping the old guard of geisha, ninja, and the like. Through the ubiquity of Pokémon and its visual language, Chua proposes that the aesthetics of Japanese pop culture are a genre in Japan and abroad, having a cultural currency like no other.

Chua terms this aesthetic “superflat,” in reference to artist Takashi Murakami’s theory that Japanese pop culture is united with traditional Japanese arts in its embrace of “flatness”—as seen in ukiyo-e woodblock printing through to anime cells.

However you name it, this is a genre on the rise, and with a generation of youth around the world raised, as Chua was, on a steady diet of Japanese pop culture, it’s not only Japanese designers who are at the helm of where it’s heading.