Echoes of Europe in the North

Gazing down on Hakodate, the shape of the city hardly looks real. As if someone pinched the land on both sides, the coastline stretches inwards in two arches like an hourglass, broadening out where the suburbs sprawl to the north. It’s easy to see why the night view from Mount Hakodate ranks as one of Japan’s top three; although the scenery is equally spectacular during the day time.

Hakodate is wedged on the southernmost tip of the northern island of Hokkaido and has a distinctly cosmopolitan feel due to its relatively long history of interaction with the West. After the ruling shogunate was forced by the U.S. to sign the Treaty of Peace and Amity in 1854, Hakodate, along with Shimoda in Izu, became the first ports to open to American trade, subsequently opening to international trade in 1859. As a consequence, Hakodate’s modern cityscape is an eclectic mix of international influences, with quaint streets that conceal boutiques, galleries and cafes. It’s a place that invites you to stroll and soak up its laid back charm. Only a short flight from Tokyo, or even a bullet train-ride, it makes for a good weekend getaway, or a gateway to exploring the rest of Hokkaido. 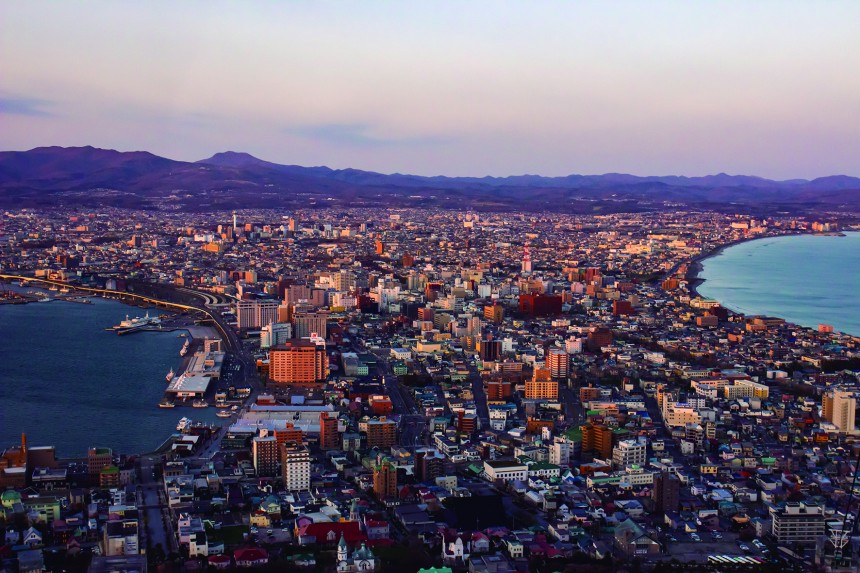 How to spend 48 hours in Hakodate

Begin your adventures by hopping on a tram to Suehirocho Station. From here, admire the wide avenue before heading up Motoi-zaka slope into the Motomachi area, where many foreign residents originally settled. One of the first examples of colonial architecture you’ll find is the Former British Consulate, cream with blue-framed windows, but with evidence of Japanese architecture in details such as the tiling on the roof. The building, however, is not old as one might imagine. Despite being surrounded by the sea Hakodate has, over the years, been ravaged by fire with a particularly savage blaze tearing through the city in 1907. As a result, the current building is a reconstruction dating from 1913. 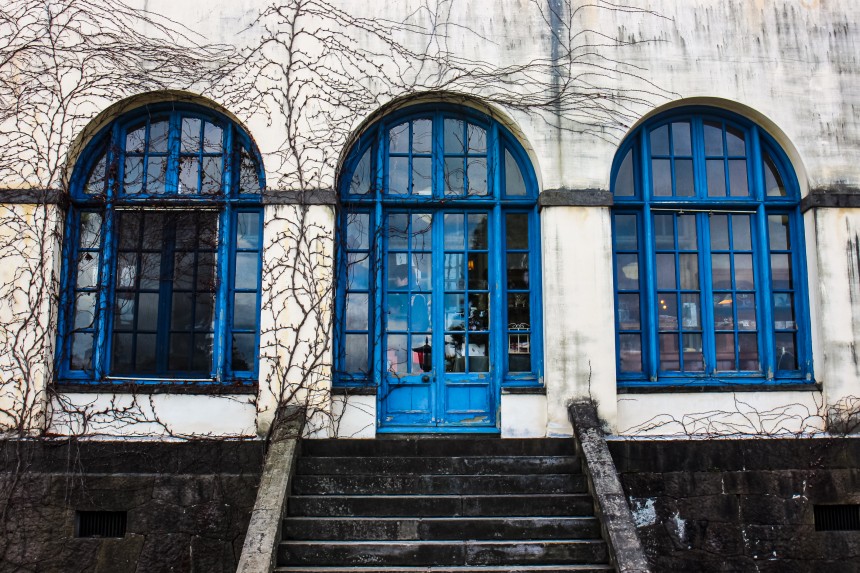 Just up from the consulate is the elegant blue-gray and yellow Old Public Hall that combines elements of Japanese and Western architectural styles, and offers a stunning view of the port from its second-floor balcony. It should be noted, however, that the building is undergoing extensive renovations until April 2021. From there, 5 minutes’ walk across the slopes takes you to a holy trinity (pun fully intended). Here, you’ll find the Orthodox Church, founded by the Russian Consulate in 1859, with the current structure dating from 1916; practically next door are the Motomachi Roman Catholic Church and St John’s Church, both also rebuilt post the conflagration.

Motomachi is best enjoyed by strolling without a particular aim, taking in the architecture and aesthetics, comparing the various views of the sea afforded by the numerous slopes, and perusing small shops and cafes. Call in at Tombolo, a bakery/gallery housed in a beautiful yellow building. The interior has been renovated with the original beams intact. “You can’t make a roof this color,” says owner Jun Usaka, “This color is made by time.” Usaka sells bread using natural yeast — try the fig and walnut. The other half of the store houses a beautiful collection of ceramics made by Usaka’s father, Koji, who exhibits worldwide. 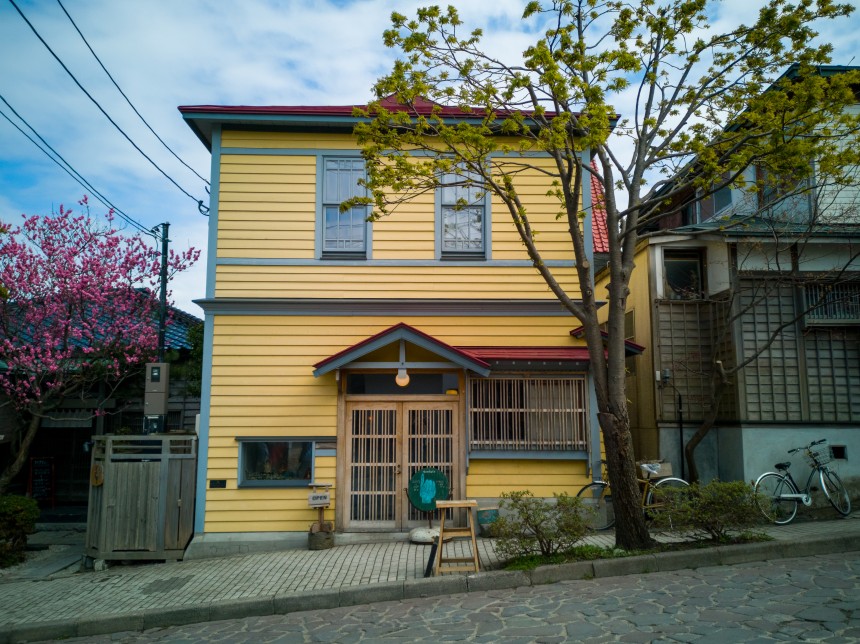 For some lunch, call in at Pazar Bazar, where in addition to homemade curries, you can get succulent shish kebabs cooked over charcoal in front of your eyes. Hiroki Kunitate, who opened the restaurant in 2010, spent eight months living in Istanbul as well as travelling extensively throughout Asia, bringing back a wide range of flavors and spices.

No trip to this side of town is complete without visiting the top of Mount Hakodate. While the night view is most renowned, Hakodate looks striking when it’s warmly lit with the last rays of the sun, so get the ropeway up just before sunset. From this vantage point, the grid-like structure of the city is clearly visible, a pattern designed to act as firebreaks given its unfortunate history.

For dinner, head to Asari Honten, a long-established store known for its sukiyaki (thin slices of tender beef) cooked in a sweet sauce. You’ll need to reserve in advance, or you can order a lunchbox for the next day — make sure to try their homemade beef croquettes. 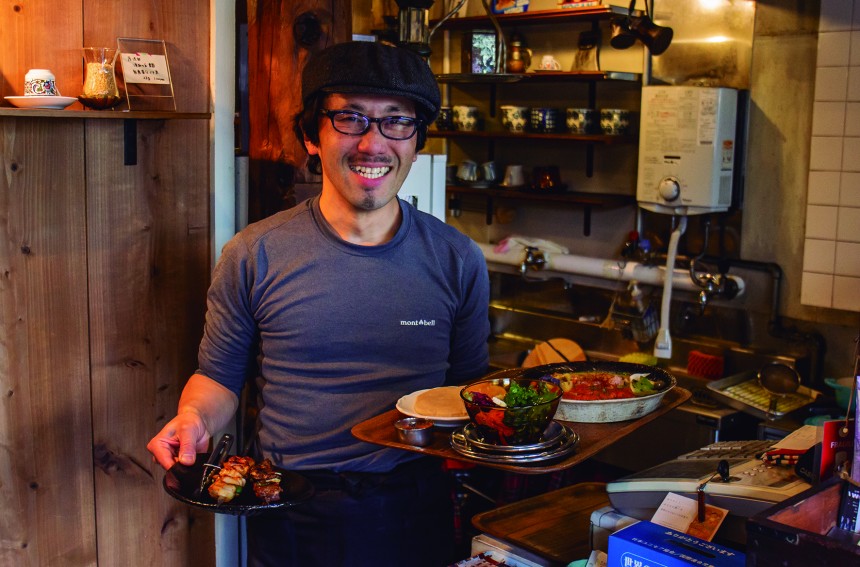 Head straight to the Hakodate Asaichi (morning market) where around 250 stores sell all kinds of seafood, with an entire alley dedicated to donburi (rice bowls with various toppings). You’ll spy plenty of the locally-renowned squid, as well as crab and sea urchin. Some of the stalls offer customers a choice of how to have the seafood cooked, or not, as the case might be for sashimi fans. You can also pick up some fruit, including Hokkaido’s famous melons, and call by Jujiya Coffee, which has been offering a morning caffeine boost to shoppers since 1932. 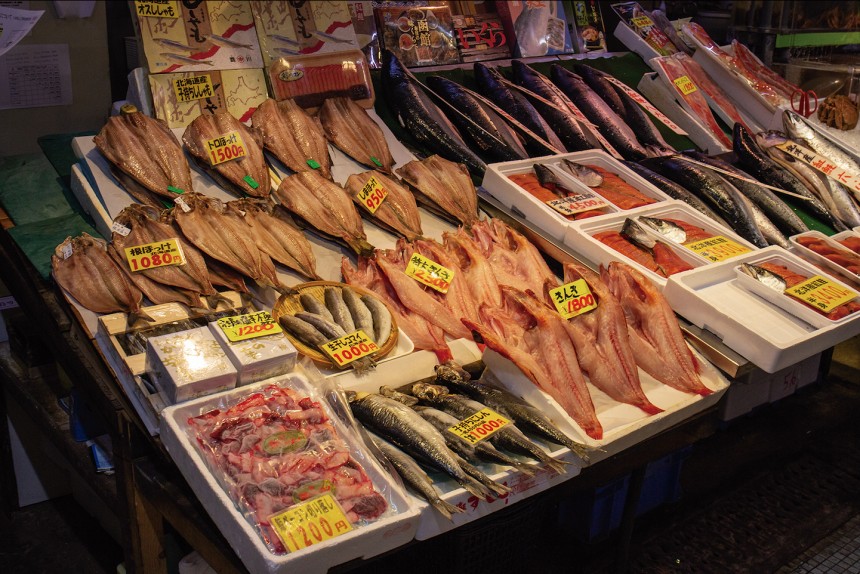 Wander down towards the Bay Area and you will come to one of the most classic sights of Hakodate — the Red Brick Warehouses. First established in 1887 by Kumashiro Watanabe (a businessman, serial entrepreneur and philanthropist who is credited with driving Hakodate’s early prosperity), these buildings too succumbed to the fire in 1907 and were reconstructed two years later. During the 1950s, whereas Tokyo was entering its period of rapid growth, Hakodate conversely hit hard times, and the warehouses fell into disrepair. Today, they’ve been renovated into touristic shopping malls.

Just next door is the flagship store of a Hakodate-born fast food chain, Lucky Pierrot. Despite the mildly terrifying clown logo and yellow exterior, each branch contains a specialized design theme ranging from Art Deco and Christmas to Audrey Hepburn. Try the popular, yet dubiously named Chinese chicken burger, which is surprisingly good and sizeable for the price. 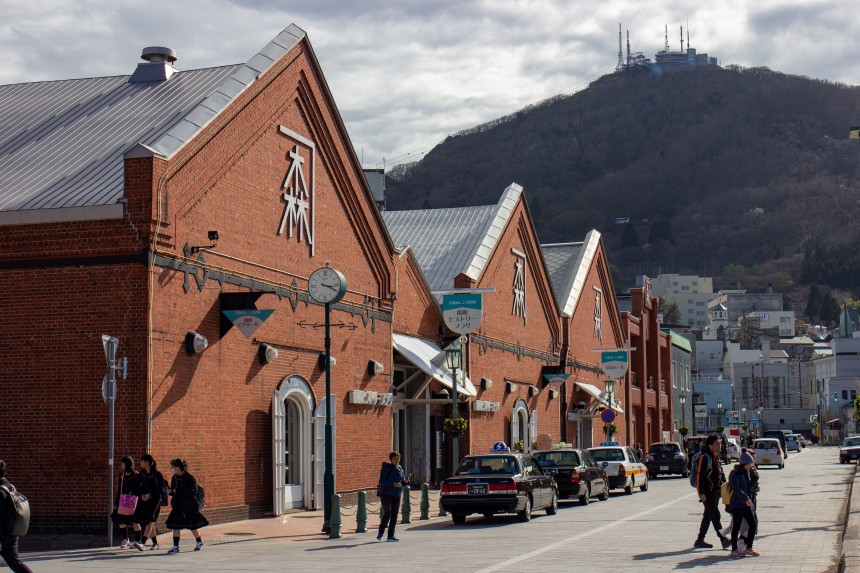 From there, hop on the tram to Goryokaku-Koen Mae. Call in at Share Star Hakodate, a modern shopping mall, where the first three floors house the largest Muji in Japan, beautifully decked out in wood. The basement contains a market-like area where you can sample local produce with the top floor providing a free community space with Wi-Fi for those needing to work on the go.

A little north lies a truly spectacular example of Hakodate’s history. Viewable from a lookout tower, Goryokaku is a star-shaped fort, built by the shogunate in an attempt to strengthen their political and defensive base in the area, following the arrival of the US naval ships. Designed using a book on European citadels for reference, the fort is considered a perfect example of wakon yousai (Japanese spirit combined with Western learning). 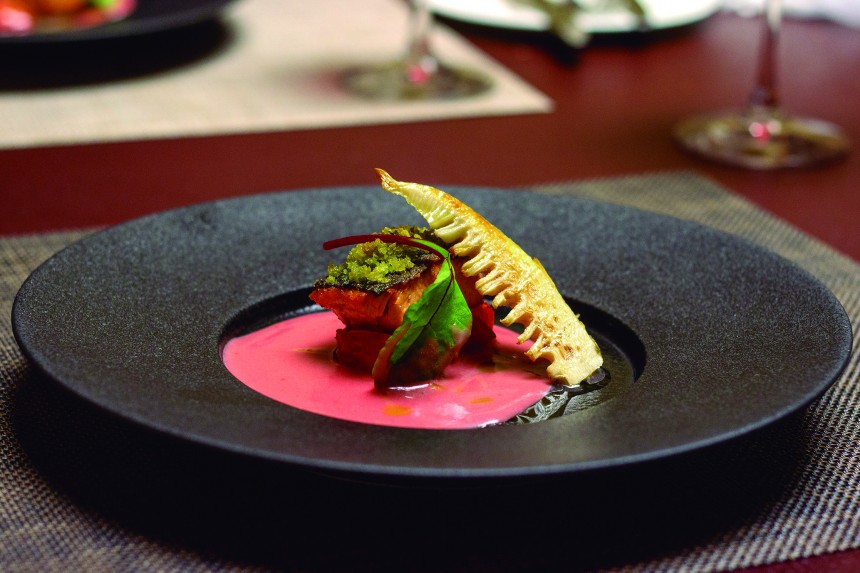 Finish up with a dinner course at the nearby Taka Goryokaku, which serves “Cuisine French Japonaise.” Chef-owner Takatoshi Fukui, who trained in France and Switzerland, serves up a multitude of amuse-bouches that should win him a Michelin star, and that’s before you encounter delicacies such as the trout in a cream beetroot sauce with bamboo shoots. Say “bon appetit” or “itadakimasu,” or both as it’s only fitting to wrap up a visit to a cosmopolitan city with some international tastes.

Hailing from the UK, Phoebe is a journalist, reporter and producer living in Tokyo, who enjoys shouting about the wonders of Japan to the world - especially gastronomic delights. She can often be found eating, cycling and exploring, sometimes all at the same time.