An interview with Sarah Lane, guest principal of Houston Ballet

Sarah Lane, former principal dancer with the American Ballet Theatre (ABT) and of Black Swan dance double fame, is returning to Japan with Houston Ballet to perform in Stanton Welch’s Swan Lake, and she says it feels “a bit like coming home.” With an illustrious ballet career from an early age and an extensive repertory, her return to Swan Lake after leaving ABT seems like a full circle moment.

With performing Odette/Odile multiple times with ABT, and being Natalie Portman’s dance double in the 2010 thriller Black Swan, Lane is certainly no beginner to Swan Lake. However, she feels as though she never truly connected with the ballet, and that she “never had enough time to rehearse and really dive into, no pun intended, the character and artistry of Odette/Odile.” With almost two months of rehearsal before going to Japan, she is making it a priority to develop the role more than she ever has before.

“This production has a lot more dancing than I’ve ever experienced before so it’s going to be a challenge artistically and technically, which is very exciting.”

Lane’s eyes lit up when describing how active and story-focused Welch’s rendition of Swan Lake is. “This production has a lot more dancing than I’ve ever experienced before,” Lane says, “so it’s going to be a challenge artistically and technically, which is very exciting.” Reflecting on the ballet performances she has done recently, she claims that many choreographers water down the technique, or take technique backwards. In contrast, Welch is progressive in his approach to technique and artistry, demanding a level of technical finesse that really pushes the dancers. “And I think that’s what ballet needs at this point in time,” Lane says. 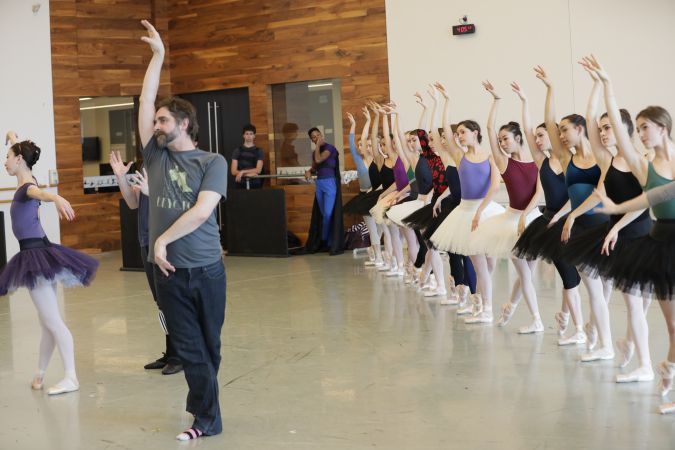 In addition to the dynamism of Welch’s Swan Lake, Lane is excited about how this production’s story has been developed. “I want [the audience] to pay attention to the details of how Odette is held captive by this spell.” Lane notes, “But during the day, she also comes back as a maid, which you don’t always see in other productions.” With several added scenes, which largely take shape as additional dances for Odette/Odile, the story is fuller than usual productions of Swan Lake and gives further insight into the heroine’s inner life and complexities.

“You’re gonna get your ultimate classical Swan Lake production, with the added benefit of a more developed story and lyrical dancing.”

The audience will also notice the unique costuming of Odette; during the day, in her maiden form, she is seen wearing a long, flowy dress, and in the evening she emerges as a swan in a classical tutu. Lane claims that costuming has a tangible effect on her movement. “With a tutu, you really have to be pulled up in your legs to create the right line and physique. But when you put on a longer skirt, there’s a different kind of equality that needs to take effect,” she explains. Like Odette’s identity in the day and night, Welch’s Swan Lake is full of dualities: classical yet progressive, technical yet lyrical. “You’re gonna get your ultimate classical Swan Lake production, with the added benefit of a more developed story and lyrical dancing.” Lane laughs lightly and jokes, “It’s almost like you’re getting two ballets for the price of one.” 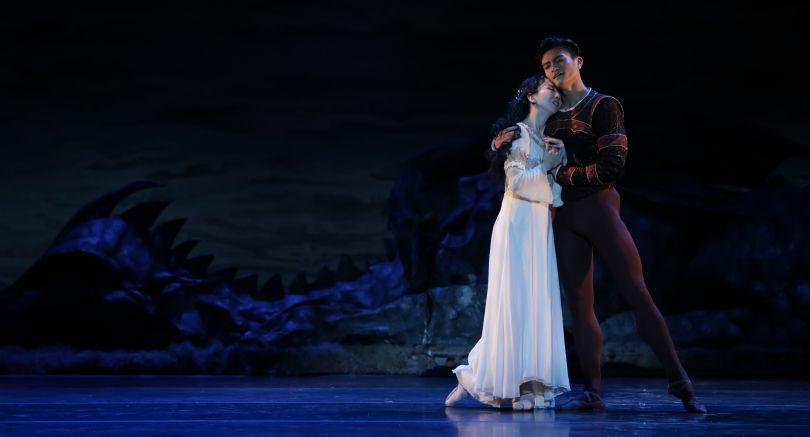 Lane is also enthusiastic to work with her partner, Charles-Louis Yoshiyama, a half-Japanese principal at Houston Ballet. She recounts her first rehearsal with him and practicing their grand jete lift, “I felt like I was flying the way that he was lifting me. And I’m not always used to that because I’m a tinier dancer. I was always dancing with weaker partners, so to be in the studio with someone who is such a strong partner is a privilege for me.” Impressed with his professionalism as much as his athleticism, she holds Yoshiyama’s character and passion in high regard. “It’s very helpful when you look into someone’s eyes and know that you’re both trying to tell the same story.” She adds, “and he’s in class working hard in the morning. It’s important to me that they’re working hard and uphold a standard in their own dancing.” Lane speaks highly of Yoshiyama and the staff she is currently working with, but unfortunately, a team that fills her with love and gratitude hasn’t been a constant throughout her career.

Leaving ABT two years ago, Lane felt defeated, “like it was all about tricks, tricks, tricks, or how many followers someone had on social media.” Clashing with her director in opinions of artistry and professionalism, she left the company she had called home for the last 18 years to honor her own artistic integrity. Now, traveling the world as an international guest artist, working as a rehearsal director at the American Repertory Ballet, practicing as a certified nutrition health coach, and even returning to academia to pursue a fine arts degree, to say Lane is keeping busy would be an understatement. Accrediting her major career change and the pandemic, Lane contemplates, “I feel like a different person and artist in the sense that I don’t get so emotional about everyday things, and I am so much more grateful to do what I love to do.” 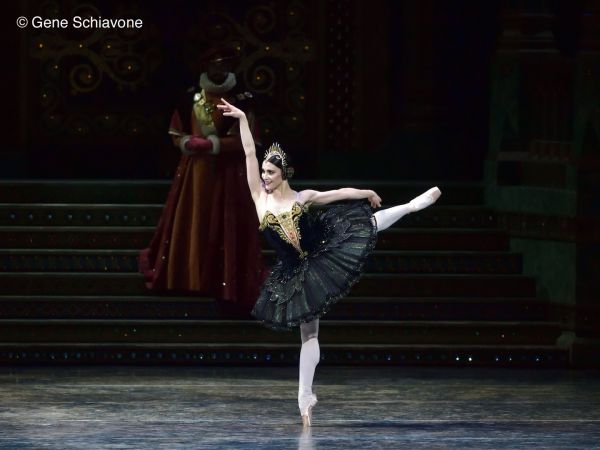 One of the many things Lane is grateful for throughout her career as a dancer is her opportunity to travel the world. In particular, she is a huge fan of Japan. “Japanese audiences are some of the best in the world,” she insists, specifically noting the respectful, attentive and considerate nature of Japanese people. She recounts her trip to Kyoto with her family: “it was about to rain, and we were in this tiny shop. And [the storekeeper] came running after us and brought us three umbrellas because we were gonna get stuck in the rain. So I have such wonderful, special memories of Japan.”

“I definitely want to continue developing as a dancer. There are certain roles I would love to do.”

In a career as tough and often fleeting as dancing, Lane reflects that she is simply happy to be following her passion, and teaching the next generation of dancers how to be the healthiest and most effective athletes they can be. “I definitely want to continue developing as a dancer. There are certain roles I would love to do, and just being in an environment with partners and staff that make me feel like I can develop is wonderful. And then after that, I want to help the next generation with ballet and nutrition. There are wonderful values I would like to share with other dancers. We give so much of ourselves as dancers, and we don’t know how to replenish ourselves, in more ways than just the food that we’re eating. I would really love to help other dancers find out how to be their healthiest throughout their career.”

Gearing up for her return to Japan, she is excited to properly honor the role that in many ways has gained her fame. “I feel like I am more familiar with Japan now,” she says modestly, “so coming to Tokyo, it feels a bit like coming home. I’m grateful for what Japan has given to the arts, and I would love to show my gratitude through my dancing if I can.” 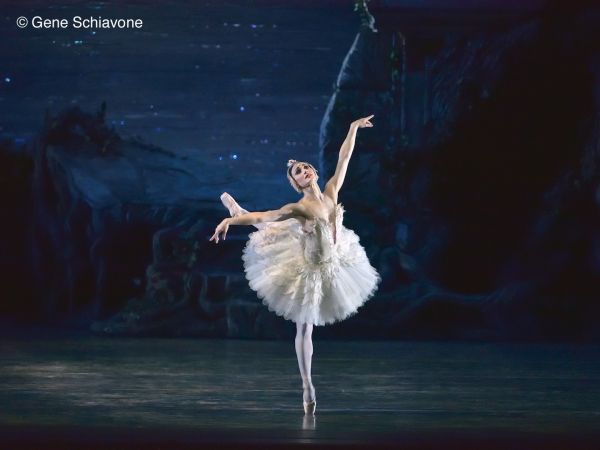 The Houston Ballet Swan Lake will have four performances, on October 29 and 30. Visit the Koransha website or the English ticket link for more information and tickets.