In Search of Pink Eiga 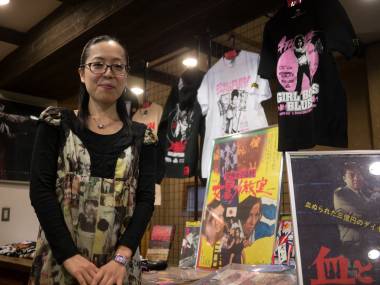 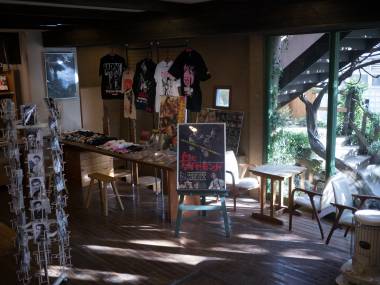 Having never visited Okura before, I’ve been warned by friends and colleagues to avoid the second floor. Quizzed why, they all responded with a smirk, and as I see stairs leading up to the second floor I can’t help but wonder what lies beyond. But first, I enter the theater and am met by a friendly proprietor who points me to the kind of ticket machine you find at noodle shops. ¥1,600 buys you a ticket with which you are free to leave and re-enter throughout the day and night (it stays open until early morning). The Okura screens three features daily, often produced by parent company Okura Pictures, and the same program is repeated for two weeks until it is replaced by another set of films. I arrive just in time for SEX Laboratory: Moaning Ripe Vixen.

As I glance to my left a middle-aged man has sat down in my row, and the next time I look he has moved even closer. When his hand suddenly reaches for my privates, I dodge to the right and politely tell him that I’m not interested. He gets up and leaves but is soon replaced by another man, the process repeated. A tad uncomfortable, I’m not even sure if the sounds I’m hearing are coming from the screen or elsewhere in the theater. As the film ends, I swiftly leave and head straight back to Benten for a breath of fresh air.

After nearly five decades in business, Okura went through a complete makeover in 2010. The theater was freshened up to meet the comforts of regular movie theaters, partly to attract more female customers. One of them was film producer M (who prefers to be anonymous in this article). Though initially drawn in by Okura’s new look and curious about the films screened, she tells me that her experience was quite similar to mine. “Even though I went there with a male friend, I was soon approached by other men in the audience who couldn’t keep their hands in check,” she says. She hasn’t been back since, and the fact remains that Okura acts more as a pick-up spot (mainly for gay men) than as a place to appreciate good films.

The next day, on the other side of town, I step off the Chuo line in Asagaya to continue my quest. A few blocks away, passing through cozy Showa-flavored alleys, the Laputa theater towers into the sky like the castle in Miyazaki’s film. It resembles the Ghibli museum a few stations away in Mitaka, so it comes as a bit of a surprise that the theater focuses mainly on action films from the ’60s and ’70s and pinku eiga from the same era. Its lobby is full of memorabilia, ranging from Ken Takakura idol cards to Girl Boss Blues t-shirts. It also houses a small cafe, and the atmosphere is a lot more inviting than Okura. 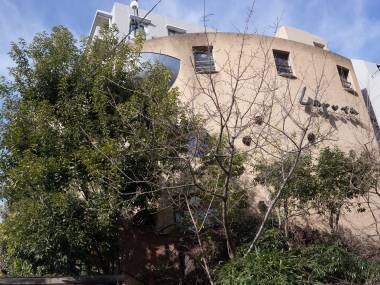 Ishii changed the direction of the theater when she was hired in 2003. A lover of both Toei and Nikkatsu’s quality output, she introduced daily screenings of pinku eiga and Laputa’s audiences soon doubled. There’s even a good mix of old and young visitors, she claims, and a fair share of them are women. Asked what it is about pinku eiga that makes her like it so much, she replies: “They make us feel genki, don’t they?”

I take a seat for a screening of Toei’s 1972 classic Terrifying Girls’ High School: Women’s Violent Classroom. All the lead roles are played by strong females and the film is one hell of a ride, one which few contemporary Japanese directors could recreate (save for the likes of Sono Sion). The theater itself is much smaller than Okura, not as modern in appearance but with a cozy feel. As I look around the audience, I spot two young women and have a chat with them afterwards. 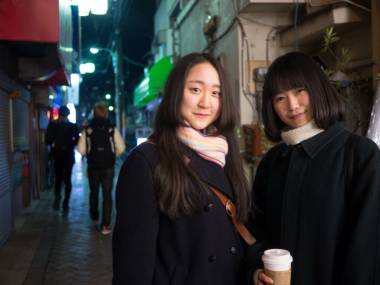 As I contemplate my own next destination, I learn that the famed Shimbashi Roman Theater was the latest to shut its doors three years ago after having been in business since 1955. Besides Okura and Laputa, Cinema Vera in Shibuya often screens pink films along with its line-up of international independent cinema, as well as two smaller theaters in Jimbocho and Ikebukuro—perhaps on their last breaths as well.

And as to the infamous second floor of Okura? Too curious to leave the mystery unsolved, I decide to walk back to the theater and up the stairs. They lead back inside, to another ticket office. It turns out it’s a special theater with “VIP seats”. I choose to leave. Considering what happened on the first floor, I’m not so sure I want to know what’s going on on the second …

Dan Asenlund is a writer and filmmaker dividing his time between Tokyo and Stockholm, Sweden.