Lamb may become a rising star in Japan’s high-end food industry. Historically considered a second-rate cousin to supermarket staples like beef and poultry, sheep meat — particularly the Aussie kind — is growing in demand throughout Tokyo’s kitchens. 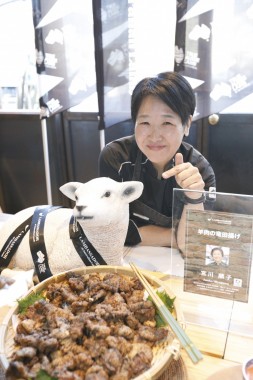 Since 2015, Meat and Livestock Australia (MLA) has vamped up marketing activities in Japan through its “Lambassador” project. By facilitating a network of hand-selected chefs, butchers, bloggers, wine specialists and pretty much anyone with a foot in the culinary sector, MLA aims to promote Australian lamb consumption throughout the country.

“In the last few years, we’ve really seen lamb appear on more restaurant menus, in different formats, and it’s really become known for its great flavor and juiciness,” said MLA’s Japan regional manager Andrew Cox, at a recent event. While more chefs are incorporating sheep meat into their cuisine, lamb, mutton and goat accounted for only a marginal proportion of Japan’s total meat sales in 2017.

“We love lamb, but in Japan, lamb is kind of like a little brother. You have beef, chicken, pork, even seafood. They’re the big, older, boring siblings,” said Cox. “We have lamb, which is dynamic, creative and fun.”

While Hokkaido residents have enjoyed barbecued mutton for over a century now, most Japanese remain unfamiliar with the gamey protein. MLA’s team of 22 “lambassadors” are out to change that. This year’s roster introduces five new members from Tokyo’s culinary scene. Among them are Taku Tabuchi, the executive chef of S’accapau in Nishi-Azabu, wine specialist Mai Sawaki and food educator Junko Miyagawa. 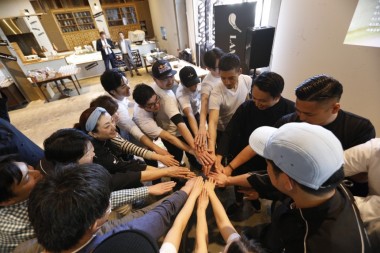 At an MLA event on Monday April 15, guests had the opportunity to try the members’ new lamb dishes and wine pairings. Tabuchi’s elegant dish featured juicy, pink slices of roasted lamb rack, beautifully arranged with a porcini mushroom cream. While Tabuchi is known for his modern Italian fare, other chefs stuck to their Japanese roots. Miyagawa, who specializes in home-cooking, made a crispy lamb karaage with a side of cucumber sauce.

The best part is that people can try these dishes at home. Three recipe books are now available on the Lambassador website. Written by professional Japanese chefs, recipes include slow roasted lamb leg, spicy lamb stew, meatballs and sukiyaki (hot pot), to name a few.

By pushing lamb on restaurant menus and teaching people how to harness its flavor and texture, MLA hopes to connect various aspects of food culture — from butchers and markets, to fine dining and home kitchens — and make the prime Aussie meat an accessible part of the Japanese diet.