After some much-understandable pandemic-related restrictions, Tokyo Rainbow Pride is back in full force in 2022! It’s no secret that the LGBTQ+ culture remains forcibly muted in Japan, but with globalization, every year we do see more representation and visibility in the Japanese landscape. To celebrate, we’re focusing a whole week of content on LGBTQ+ stories and voices, starting off with our recommended anime series that embody queer elements. Specifically, we focus here outside the realms of ‘Boys Love’ and ‘Yuri’ genres that historically over-sexualize, instead of realistically portraying the queer struggle. They don’t all meet the 2022 standards of progression, but we think they each have their hearts in the right place in their attempt to capture queer life. 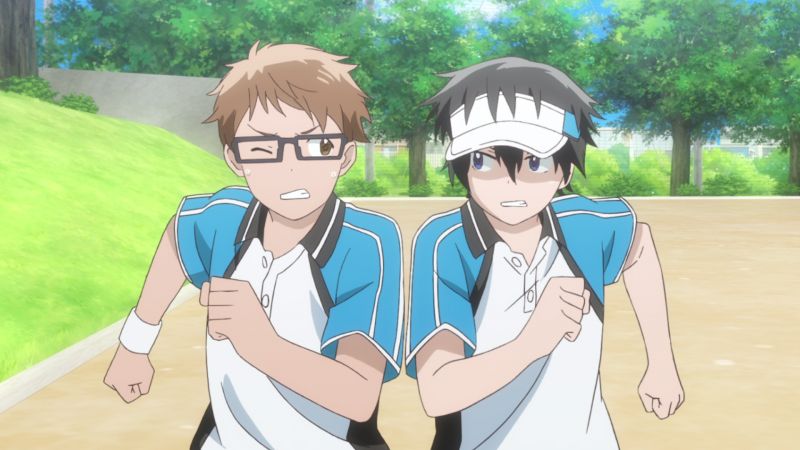 As heartfelt as it is hard to watch, veteran “Escaflowne” director Kazuki Amane openly talked about his frustrations with the show’s lack of success. A show that openly portrays darker problems many real would youth face, from teen pregnancy to physical abuse, one can understand many not embracing it with open arms, but it’s their loss. Not only does the show approach each rough subject with care, but it also features what we’d call the first portrayal of an openly non-binary identity as we understand it today in Soft Tennis Club manager Yuu Asuka. 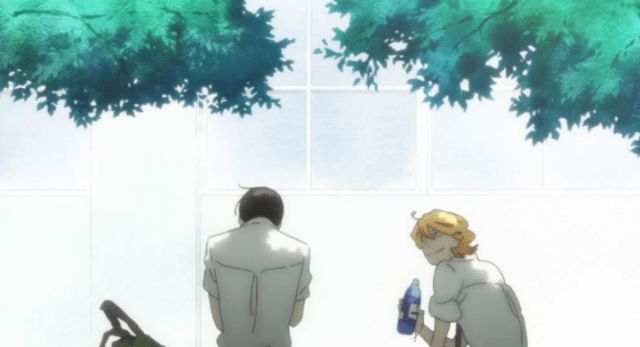 Don’t blame breaking our self-imposed ‘not-explicitly-from-the-BL-world’ rule to introduce Doukyusei: Classmates, as we’d be doing a bigger disservice by not exposing you to Asumiko Nakamura’s intoxicating art and graceful storytelling beautifully rendered in full motion and color by A-1 Pictures. A sweet story of two odd boys who gosh darn like each other from the outset, as opposed to romantic realization being the story’s only destination, the tale of these lovable two adjusting to each other’s quirks and sore spots endears anyone who watches it. The celebrated original manga, which did run in a Boys Love anthology magazine, has since spawned several and spin-offs yet to be released in English.

The Adolescence of Utena 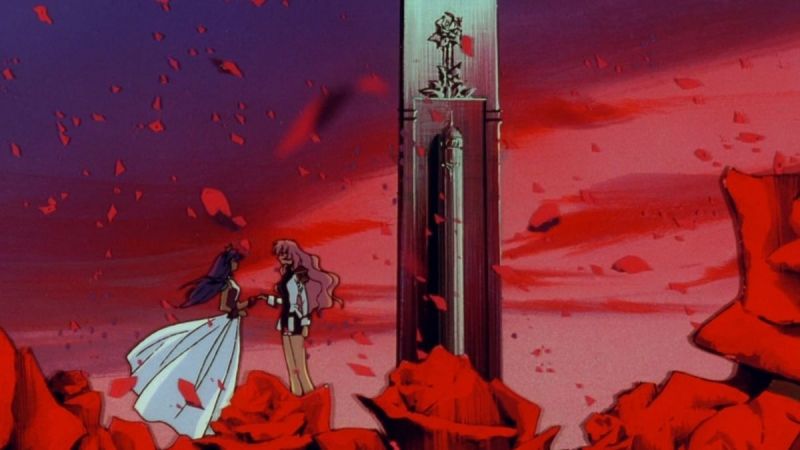 Utena, a newcomer to Ohtori Academy. Anthy, The Rose Bride, current property of The Student Council decided by customers fencing duels. Eclectic and artful, “Revolutionary Girl Utena” perhaps still reigns as the flagship LGBTQ+ anime.  Fans may chastise us for recommending the movie iteration over the series. To that we say, yeah, absolutely go watch Revolutionary Girl Utena, but a 75-minute movie is an easier ask than a 39 episode series to the anime uninitiated. A remake of said series and not a sequel, it concentrates the series’ visually tastiest and thought-provoking-est concepts and squeezes them into a movie-quality rendition. Another plus, it also more explicitly spells out those feelings between Utena and Anthy. 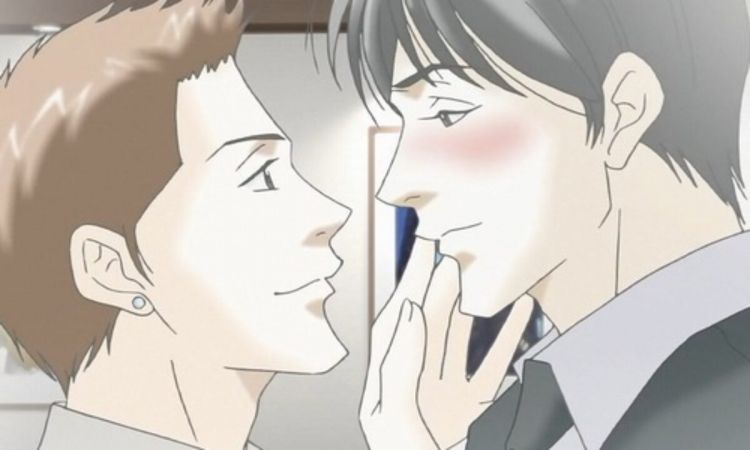 Based on a manga by the same name by the critically acclaimed Fumi Yoshinaga, author of the internationally award-winning, alternate-history period piece “Ooku,” Antique Bakery sees Yoshinaga’s career-long fascination with male homosexuality at its most balanced. Sexuality underlines the personalities but never quite plays center stage. The hook? Former high school classmates, one gay and one straight, run a local bakery together years down but, no, they don’t fall in love. Bucking boys love genre expectations, a tale of past traumas, muted realities, and forgiveness between the two men and a white elephant in their room unfurls. 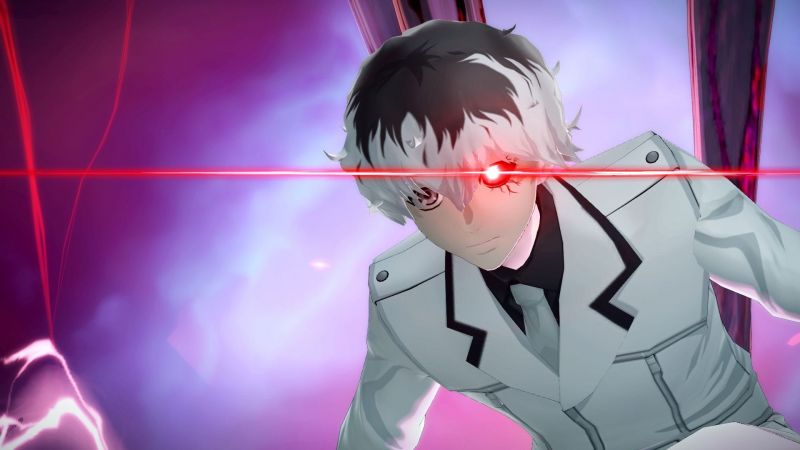 We wouldn’t call “Tokyo Ghoul” first and foremost an LGBTQ+ series, though parallels could be certainly drawn from all that subtext, to our knowledge it features the most prominent portrayal of a trans character in the realm of mainstream Shonen anime. Mutsuki, who joins the story right at the beginning of its second series and remains extremely prominent throughout “:RE,”  directly acknowledges his being trans and full-on transitions by the end of the story. Original manga artist Ishida being a genuinely thoughtful author doesn’t rely on this as the crux of Mutsuki’s character arc, instead, he incorporates his identity as an important but singular piece of his multi-faceted puzzle. 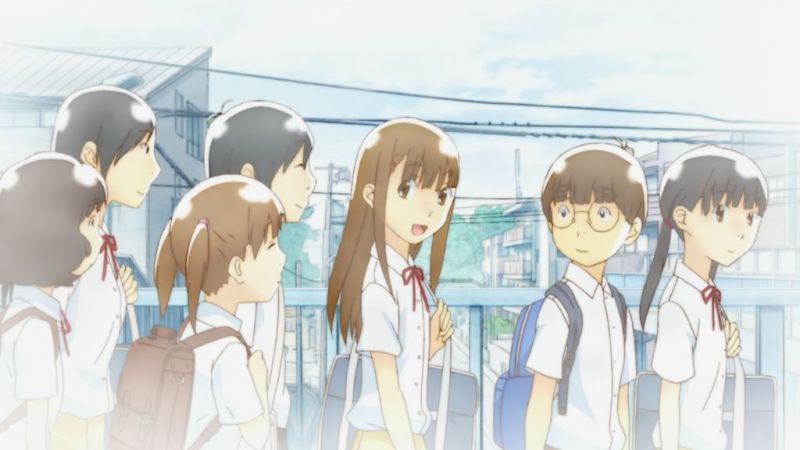 To date “Wandering Son” remains anime’s most explicit exploration of trans identity. Taking viewers along Shuichi and Yoshino’s journeys, from when both of them start to slowly dabble with clothing not conventionally associated with their assigned sex all the way to their full-on realizations of being a trans female and trans male respectively. A beautiful story of two youthful souls fumbling and figuring it out, Takako Shimura’s original manga launched all the way back in 2003 and by the end states it all more explicitly. However, it’s worth keeping in mind due to the series’ age it doesn’t always achieve the same vocabulary we’ve since adopted regarding the gender spectrum. 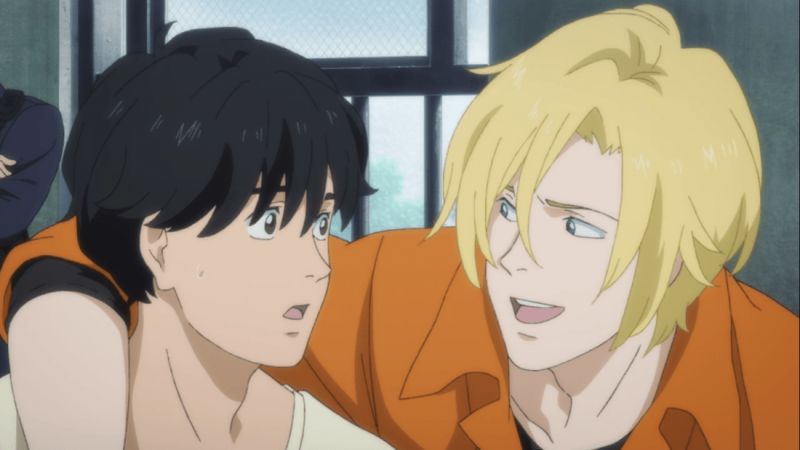 Mappa’s stellar and long-awaited anime adaptation’s only a few years old but “Banana Fish” burst onto the manga landscape in the 80s, quickly achieving insta-classic status and a cult fanbase, in part due to its blunt portrayal of homosexuality at a time not at all common. Explicitly not a boys love manga in spirit, but instead a Gangs of New York story that ran in a shojo magazine which depicts, amongst portrayals of gang warfare and drug addiction, a blossoming love between a young gang leader and an aspiring journalist. The anime adaptation modernized a few aspects of the tale and remains lauded in its own right.