Hiking and history on a sacred mountain

Mt. Oyama in Kanagawa Prefecture has long been a popular day-trip destination for city dwellers thanks to its many hiking trails and easy access from Tokyo and Yokohama. There’s lots of interest for non-hikers too, including historic temples and shrines, spectacular views and a cable car ride that’s a hit with kids. But if you haven’t been to Oyama lately, it’s time for a revisit as there have been a host of improvements, including new English signage that unlocks the mountain’s fascinating history for international visitors.

Oyama is a pyramid-shaped mountain that stands alone, easily visible from all directions. In ancient times, it was an important landmark for travelers on land and fishermen at sea. As the mountain is often shrouded in rain clouds, it was believed to bring rain. Farmers would pray to the mountain to ensure adequate rainfall. (Oyama’s alternate name is Amefuri-yama, meaning Rainfall Mountain.) 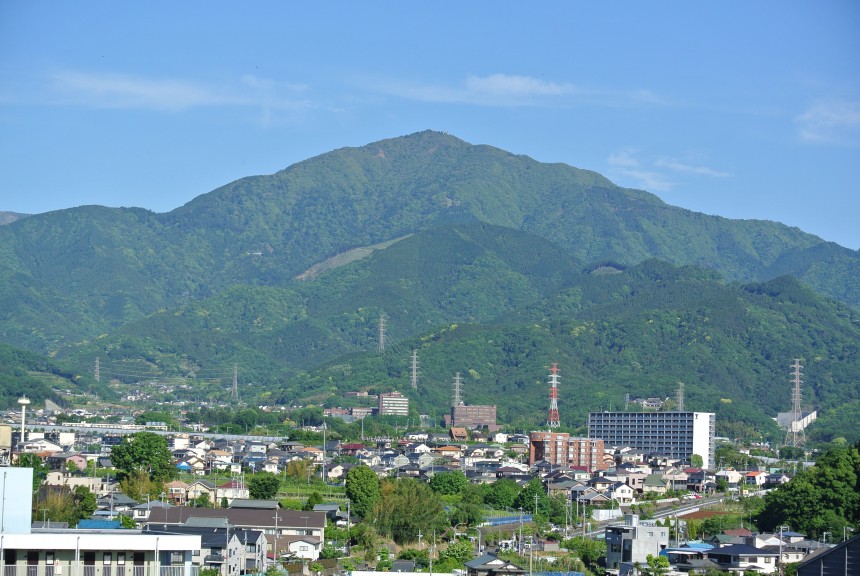 The mountain and surrounding hills were once dotted with temples and shrines but today the main religious structures are Oyama-dera, a Buddhist temple near the halfway station on the cable car line, and Afuri Shrine.

The temple was founded in 755 by Roben, a priest of the Kegon sect who also established Todai-ji Temple in Nara. Oyama-dera is dedicated to Fudo Myo-o, one of the wisdom kings, and houses a rare image of the deity that dates back to the 13th century and is made of iron, rather than the more usual wood or bronze. Visitors who pay a small fee are permitted deep into the temple to view it, but only on “days with eights” (the 8th, 18th and 28th of every month).

The shrine has two parts: a scattering of buildings at the summit (1,252 meters) and a larger, more interesting complex of buildings near the top of the cable car line that is known as the shimosha (lower shrine). The view from here is outstanding; on a clear day you can see Enoshima Island and the Miura Peninsula. Don’t miss the passageway under the shrine, to the left of the counter where amulets are sold. Inside, you can fill your water bottle with sacred water from a dragon spout and view interesting artifacts associated with the shrine.

It was during the Edo period (1603 – 1868), as common people gained the means and freedom to travel, that Oyama flourished as a popular pilgrimage site. Tradesmen and shopkeepers in Edo (present-day Tokyo) organized themselves into associations and would pool their resources to send an annual delegation to pray on behalf of the entire group. Every summer some 200,000 pilgrims would make the trek — about a fifth of Edo’s population at the time. And while the pilgrimage was ostensibly a spiritual journey, the pilgrims had a lot of fun and often drank along the way. Oyama became a center of Noh theater and comic rakugo performances (lone storytelling onstage) and there were plenty of opportunities for carousing.

Pilgrimages in other parts of Japan have died out but the tradition lives on in Oyama. Pilgrimage associations that date back hundreds of years continue to send delegations every summer, although admittedly numbers have dwindled. Many of the small inns that traditionally served pilgrims are still in operation, and some have opened their doors to tourists for sumptuous tofu lunches or overnight stays. In 2016, Oyama was recognized as a “Japan Heritage” site, a place where unique aspects of Japanese culture have been preserved and can be experienced by tourists. That brought an influx of energy and funds.

So, what’s new? The new signs in English, both directional and explanatory, make for a smoother and more rewarding experience for international visitors. Tourist information offices have more information available in English and other languages, including Chinese and French. 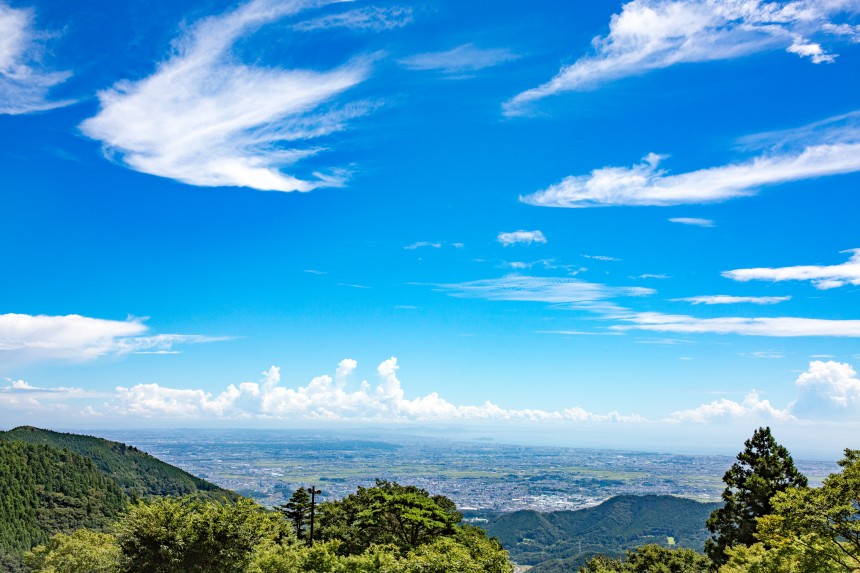 Transportation, too, has gotten easier and smoother. Some of the super-express “Romance Car” trains now stop at Isehara, the gateway station for Oyama, allowing you to make the trip from Shinjuku in a reserved seat, without changes, in as little as 47 minutes. The schedule is convenient for hikers, with two or more direct connections in the morning, depending on the day of the week, and at least two in the afternoon for the return trip to Tokyo (there are more on weekends and holidays). Unreserved regular express trains run frequently too and take about an hour. And while there used to be long waits for the bus that carries you from Isehara station to the approach of the hiking trails and cable car, especially on weekends, the company now sends out extra buses as soon as significant lines form. 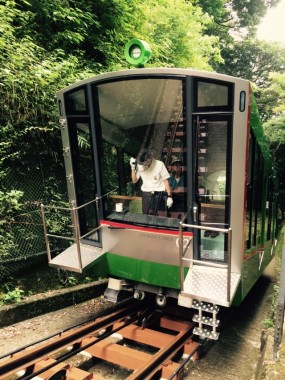 Isehara Station on the Odakyu Odawara line is the gateway to Oyama. Express trains depart frequently from Shinjuku Station and make the trip to Isehara in about 60 minutes. Save money and hassle with the Tanzawa-Oyama Free Pass, which is good for two days and covers transportation to and from Shinjuku (and other stations), round-trip cable car fare and unlimited use of designated bus lines. It’s possible to reserve a seat on the super-express “Romance Car” for a small surcharge.

At Isehara Station, follow the signs for the North Exit. The tourist information office halfway down the stairs can provide maps and brochures in English. At bus stop #4, board the bus bound for the cable car station, which runs approximately every 20 minutes on weekdays and more frequently on weekends. Ride about 30 minutes to the last stop. From there, you will climb stairs for about 15 minutes along the Koma Sando shopping street, which is lined with pickle stands, craft shops and restaurants. At the top, you can either start your hike on the trails that begin there or ride the cable car as far as Afuri shrine, where you can find additional trails, including the path to the summit.