Metropolis hears from Niseko locals about the area’s regeneration

In the early noughties, talk about a small Japanese town deep in the mountains of Abuta-gun, Hokkaido, started to circulate amongst the international ski set. Niseko was known for its legendary “powder snow”:  big, fat, dry snowflakes that fall continuously on the pine forests, pistes and gullies of the modest ski resorts in the area. It makes skiing irresistible and soon everyone wanted a go.

But there is much more to the magic of Niseko. With snowfall measured in meters (annual average of 15m), views of the majestic volcano Mount Yotei and mystical forests, it is Asia’s mountain kingdom, complete with roaring log fires, steaming bowls of ramen and dark wood cabins dotted on mountainsides.

It has every reason to be a top destination in the winter. There are slopes for skiers of all levels, and numerous onsen — fed by the afore-mentioned Mount Yotei — to give relief to aching limbs. But, as has happened so many times before, there’s the risk that its appeal and widespread popularity will lead to its downfall. 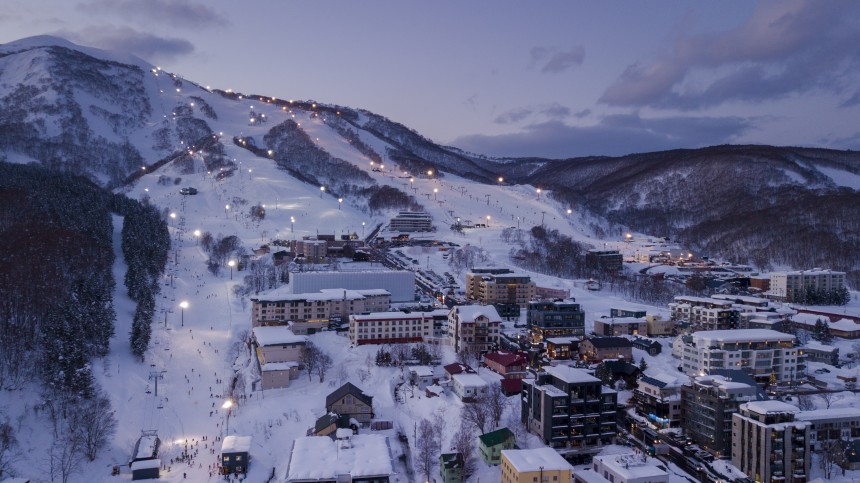 Development has centered around a resort called Hirafu, but it is evident that the economic success is spreading to a certain degree. Niseko offers a wide choice of hotels, villas and private homes for rent. Apres ski is also booming, with onsen, bars and restaurants to satisfy every taste and budget. In addition, more high-end shops are also opening. Regular visitors will tell you that every year there is more construction, more people, more traffic. There are those who no longer travel to Niseko due to the cost. Tokyo residents, too, are forced to consider whether it’s actually any better than other resorts.

Metropolis asked Ashley Nicholls, a long term resident of Niseko, about the growth of his business, property management — an industry that caters entirely to Niseko homeowners who live abroad, of whom there are many. According to Nicholls, “foreign investment and foreign visitor numbers started picking up from 2003. The momentum continued right up to the global financial crash in 2008. The rapid strength of the Japanese Yen from the global financial crash resulted in a sudden decline in foreign investment and made coming here for a holiday a lot more expensive. Real estate sales slowed down and visitor numbers flattened out.”

Predictably, the return in numbers was slow after 2008 and was again crippled after the Tohoku earthquake and tsunami in 2011. It wasn’t until 2015 that visitors started returning in large and steady numbers every winter. There’s also been a change in the demographic of visitors  as word of Niseko spreads ever further. Initially, the town was dominated by Australians who had heard of the stunning ski conditions through word of mouth. This was a younger crowd, one that didn’t have the buying power to own properties in Japan — but the Australians who did eventually came along. The Niseko target market shifted, with many of the initial crowd eventually being priced out. This is the trend that carries on today, although according to Nicholls, “Property buyers are now mostly based in Asia. Primarily Hong Kong, Singapore as well as mainland China, Malaysia and Thailand.”

It’s tempting to assume that this is a bad thing — even locals might be priced out. In reality, however, locals have also been able to sell their properties at rates that would have been unbelievable 20 years ago. “Real estate prices have now gone up 20 times since when I first arrived,” Gere Ruffatto tells Metropolis. Ruffatto has lived in Niseko for 13 years now, and specialises in high-end construction and renovation. He also manages the oldest lodge in town — and has seen many changes. “In terms of the surrounding towns of Kutchan and Niseko (Town) and the local Japanese community… I don’t really feel they’ve changed that much. The resort areas — at the heart of which is Hirafu — have changed dramatically. Hirafu has probably now tripled in size since when I first came here.” He goes on: “The resort ‘society’ is pretty transient. [The] majority of staff are only here seasonally or for one year. There are very few permanent residents like me in the area. The ones that are make up a pretty cool local community I think… multinational.” 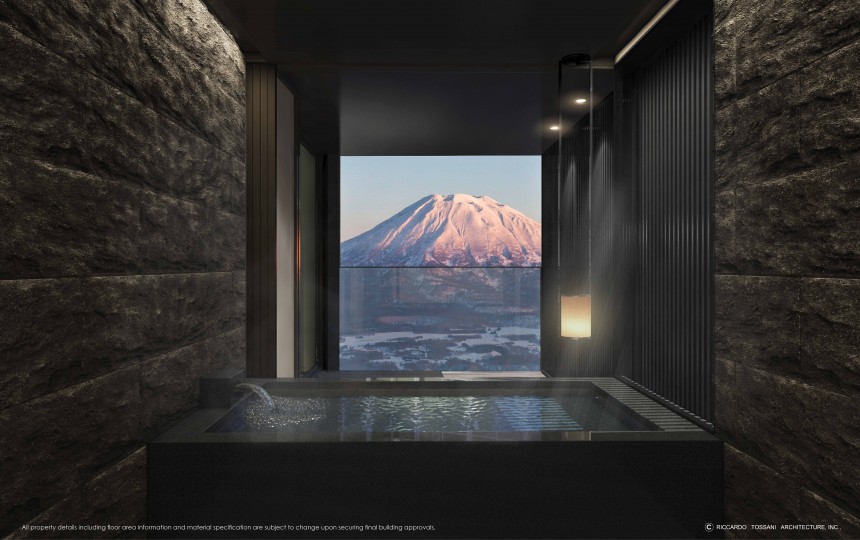 Yet these positive effects, too, betray themselves — they are centered on the tourists themselves, not the locals. The rapid increase of traffic has meant that larger resorts and hotels are being built, as well as exclusive compounds and winter homes. These are having a visible effect on the landscape and taking away from the natural wonder that makes Niseko as special as it is. Furthermore, most of the employment opportunities are short-term contracts, which are unlikely to entice a local demographic. Ruffatto, too, has his own concerns: “The biggest thing I’ve noticed are commercial rent rates going up at a ridiculous rate, for a resort that at the moment can only give businesses a solid three months of good sales. This is starting to push local businesses out and, if not changed in the future, I think the resort restaurants and retail spaces will all be run by chain stores out of Tokyo. It also has pushed prices up for tourists coming to the resort in winter, especially in the restaurant industry, as businesses have to generate all their income in three months to pay their rent for 12 months.” This has meant that you’re likely to pay around ¥5,000 for a meal that in Tokyo or elsewhere, would be less than half that price. It is, after all, a resort town.

Already, that initial, younger Australian crowd has moved onto other, more affordable ski resorts around Japan, like Nozawa and Hakuba. Accommodation, food and beverage options are all cheaper. Furthermore these areas, which lack the extended international community in the winter, also carry a more ‘authentic’ cultural air to them.

There is hope on the horizon, however, for both Ruffatto and Nicholls. With his concerns about pricing out local businesses, Ruffatto hopes “that developers in the future will consider lower rent on commercial spaces for locals to keep the community vibe in town that makes the town what it really is. Some new hotel businesses have started to do percentage of sales instead of monthly contracts which is an improvement.”

There would also be less pressure on most of these businesses to charge as much if the area became a destination in the summer, as well. It certainly has the potential for it. “Personally I’d like to see Niseko become Asia’s Mecca for mountain biking and replicate the success other resorts in the world (such as Whistler) have experienced in increased summer visitor numbers,” Nicholls tells us.

Niseko is a young town, still growing rapidly and with potential to grow in so many ways. Some hope it will become the Aspen of Asia; others, that it retains its local charm and protects the people who have been there all along. Honestly, it is a pretty pricey trip. Yet it is one of a kind, a special place that enchants skiers and non-skiers alike, incomparable at this time in Japan. So take your credit cards and go for the handmade buckwheat noodles, the steaming onsen and those big, fat, dry snowflakes that muffle the sounds and even the memories of the outside world. Now that is a real getaway.