Wondering why Louise Bourgeois’ spider has been looking so colorful recently? Roppongi Hills 15th Anniversary on April 25 is the start of a major renewal for the complex.

For 15 years, people from both international and Japanese communities have considered Roppongi Hills the lifestyle hub of Tokyo. As iconic as Shibuya’s crossing or Asakusa’s Thunder Gate, the 54-story Mori Tower offers breathtaking views of the city as well as hosting an internationally renowned contemporary art gallery on the 52nd floor. Futuristic, fashionable and somehow still wholesome, the Hills complex is awash with greenery and boasts world-class restaurants, shops and cultural facilities. It sometimes feels as if Roppongi Hills is a utopian microcosm—a “city within a city” where people can work, live and relax within walking distance. On April 25 Roppongi Hills will celebrate its 15th birthday by launching a major renewal which will be completed by 2020 and include 23 new shops and restaurants as well as a variety of engaging art exhibitions. 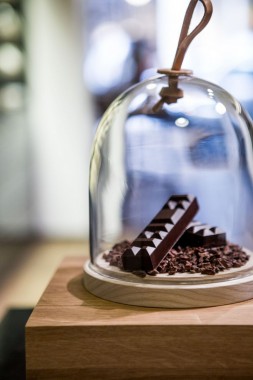 Food
Of the total 23 renewals planned, six new restaurants are opening in the coming months, offering a variety of international cuisine. Le Chocolat Alain Ducasse are opening a flagship chocolate boutique and the Ukai Group have opened Ukai-tei, a high-end teppanyaki restaurant. From June, Le Sucre-Coeur, a popular French bakery in Osaka, will bring its baked treats to Roppongi Hills.

Art
It’s only right that you decorate on your birthday, and if you frequent the area you will have noticed a number of charming installations brightening up Roppongi Hills. From April 25 to May 25 Louis Bourgeois’s Maman (also known as the Roppongi spider) and the surrounding area will be receiving a colorful makeover by Magda Sayeg—a textile artist famous for using eye-catching wool coverings to turn everyday cityscapes into explosions of color. Also from April 25, Mori Art Museum will present “Japan in Architecture: Genealogies of its Transformation” to showcase present key concepts underlying Japanese architecture, from ancient times to present. The cultural celebrations will continue into May with Roppongi Art Night on the night of May 26, when the complex’s galleries stay open until dawn.

8 Art Events in Tokyo to Visit this Spring

Fill your calendar with these must-see art exhibitions