The Legacy of SEALDs

At the front of a crowd of thousands stands 22-year-old Aki Okuda, dressed in a grey hoodie and clutching the microphone like a rapper, his body moving rhythmically up and down as he chants, “What is Democracy?” The crowd chanting back, “This is.” As he switches to, “Abe resign,” “against war,” “protect the constitution,” “protect life,” the crowd echoes back, Okuda’s voice getting louder and stronger, face turning red and eyes wrinkling, reflecting the physical exertion of his voice.

It’s March 29, 2016 in the early hours of the morning before Japan’s security bills will be passed into legislation. Policemen in their blue and white uniforms line the streets in rows and are faced off by yellow, white and red microphones with black and white stickers with the words SEALDs stamped on their side, and signs with the words, “Take Back Democracy!” “Students Against Fascism,” “Go Vote,” and “Save Our Future” crowded in front of the National Diet Building. In the crowds are students packed shoulder to shoulder wearing hoodies, jeans and baseball caps. Occasionally, a person in their late 60s can be spotted nodding their head along with the hip-hop themed chants, occasionally chanting along with the crowds, “Abe wa yamero!” The crowd’s faces are lit by the chaotic flashing of camera lights and streetlights with palpable anticipation. 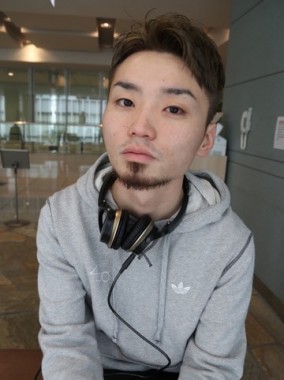 “At first, I didn’t expect that many people would come,” recounts Okuda, now 25 and working as an editor for a media company. “But around 300 people came and joined unexpectedly. I was so surprised that a lot of people were interested in politics. I was encouraged by those people,” Okuda says while looking back on the first protest that eventually led to the thousand-strong protests in March of 2016.

These demonstrations that, at times, saw 30,000 to 120,000 of Japan’s adolescence come out in swarms in front of The National Diet Building from 2015 until 2016 were dubbed the “SEALDs demos,” but formally known as the Students Emergency Action for Liberal Democracy. SEALDs was created in early May of 2015 by Okuda and other former members of the Student Volunteer Association Opposed to Specific Secret Protection Law, or SASPL, to oppose the ruling Liberal Democratic Party’s proposed security bills that were later approved by Japanese Parliament in September of 2015.

“I thought it was the time to protest. Then there were no demonstrations marches nor speeches for young people. It seemed difficult to talk about politics in ordinary life,” reflects Okuda.

“That expression is good, isn’t it,” Okuda asks me, wanting to talk about how these protests were not only known for substance, but also for their style. “Japanese media never said so. I think the Japanese media is uncool and has no sense. I’m not sure what ‘street party’ actually means, but when I joined demonstrations overseas, I thought they were very ‘street party’ people who enjoyed the celebration and sometimes expressed their anger there.” 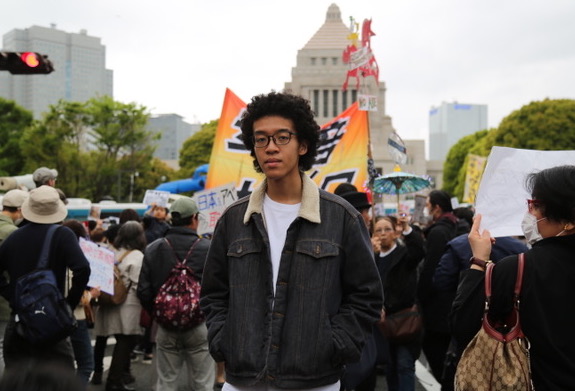 As the protests began receiving coverage from English-speaking international news outlets, the need for more English-speaking members was apparent. That’s where 21-year-old Shunichiro Kobayashi, who was in an English course at his university, stepped in and assumed the role of translator for the group.

“I tried to deal with foreign journalism. I was asked by Al-Jazeera to do an interview in my hometown. That wasn’t very good because I was nervous,” says Kobayashi, “But I had to do it anyway because I was the only member available at the time.”

Kobayashi is a senior studying American Literature at Tsuru University and lives in Kichijoji, Tokyo. Before SEALDs, Kobayashi also participated in the SASPL demonstrations in 2014 with Okuda.

May 3 marked the third anniversary of this student-led movement that arguably changed the culture of elections and protests in Japan. This group that began with just 300 members grew into a nationwide movement with different branches springing up in Kansai, Tohoku, Okinawa and Nagoya, book have been published and studies written about them.

These protests were unique in their trendy packaging but were not the first of their kind. Rewind half a century and you’ll find the student movements of the 1960s which protested a revision in the Japan-U.S. Security Treaty that eventually erupted into violent confrontations between students and police. During those protests, one Tokyo University student lost his life.

“Eventually that movement became a power struggle. They fought against policemen with iron pipes. It became so extreme,” says Okuda. “Of course I know the foundation of Japanese politics was created after World War II and in the 1960s they created a situation that allowed for others to join social movements…I want to inherit those legacies. But I don’t want to follow bad traditions.”

Although the SEALDs protests were largely successful in mobilizing Japanese youth to come out and publically raise their voices and talk about social issues, they were unable to prevent the passage of the security bills into legislation. The group disbanded in August 2016 on the anniversary of the end of World War II, and after the security bills’ legislation took effect in March 2016.

“It wasn’t a matter of a success or failure. It was a matter of doing something,” counters Kobayashi.

Following the Asahi Shimbun’s publication of an article in early 2017 reporting that the Finance Ministry altered documents related to the sale of government land to a kindergarten in Osaka (Moritomo Gakuen) demonstrations of more than 15,000 people erupted spontaneously in front of the Prime Minister’s residence. Akie Abe, the Prime Minister’s wife, had been listed as an honorary principal at the school, which bought the plot of land from the government at a seventh of the original listing price. 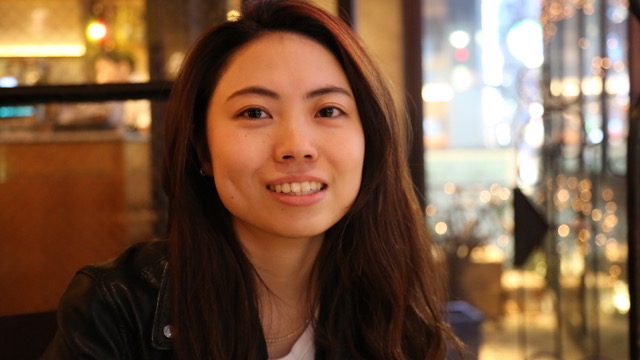 “I want to see more people organizing and getting involved in activism. It doesn’t have to be political. Like in your own community if there’s a problem, we can solve it together, kind of thing,” says Mana Shibata. “I guess that’s kind of political, but I want to see more people doing that and especially women doing it, so I guess I want to help that happening.” Shibata was born in New York and at the age of five moved to Tokyo with her family. Shibata later went on to attend college in Los Angeles and before transferring to Sophia University.

This time, Shibata’s role is to organize demonstrations calling for the Diet to disclose all the official documents related to Moritomo Gakuen and to respond to accusations directed towards the Finance Ministry about tampering with public documents officiating the property sale. And also for the resignation of PM Abe and Finance Minister Taro Aso. According to news reports, a Stand For Truth protest in April of this year saw 50,000 people turn out. These demonstrations are held every Friday in front of the Diet at varying times and have the same street-party atmosphere as the 2015 and 2016 SEALDs demonstrations. At one protest in April, demonstrators were once again in front of the Diet with signs blazed with slogans like, “Flush PM Abe,” “We Won,” “You Scum Sucker Shinzo Abe.” The crowd looked on as Okuda emerged, armed with a mic in front of a DJ playing a pop and hip-hop set, chanting some of the similar slogans he had used during the SEALDs demonstrations. “This Is What Democracy Looks Like.” These protests, however, offer a balance of young and old.

“SEALDs was made up of the same generation,” Okuda says. “Now we want to make our movement broader for every generation. I hope Stand for Truth could be remembered as the group which contributed to defeating the current government. I hope we will have the opportunity to make a turning point in Japanese political history.”

Next month, Okuda will organize a Shibuya lecture and music event aiming to mix politics with music called “THEM/ALL.” The May 26 and May 27 music festival will see the intersection of politics, society, love and music with headliners including Masafumi Goto of Asian Kung-Fu Generation and KOM_I of “Wednesday ‘s Campanella.” Attendance is free.