A rising trend in recent years is deep tourism; a desire to transcend the surface of most travel experiences and seek out a profundity that will both seep into your soul, and stay with you forever; like a psychic tattoo. And, being that water has long been believed to offer a bridge to the spirit world, what better setting for such a trip than the seaside of Odawara? Legendary multidisciplinary artist Hiroshi Sugimoto found it the ideal location when he founded the Odawara Art Foundation and through it then erected the Enoura Observatory. Metropolis was invited to partake in its beauty – followed by a ten-course pairing lunch at the nearby French restaurant MECIMO – on a sunny autumn day.

As for the former, as Enoura’s literature reads that, “the complex comprises multiple structures: an art gallery, a stone stage, an optical glass stage, a tea house, a garden, several gates, and a reception building”. The whole spreads out – like the works of art the premises hold – “for maximum resonance,” as their architect would have it. In encapsulating the history and spirit of Japanese design, the Observatory itself was structured as a work of art, where the pieces contribute to the glory of the aggregate. First impressions being paramount, the entrance itself delivers the thesis, as the lone gate and manmaku leading to the outdoor sections fill one’s spirit with a mixture of ancient and metaphysical impressions, leading our minds to demand more input. 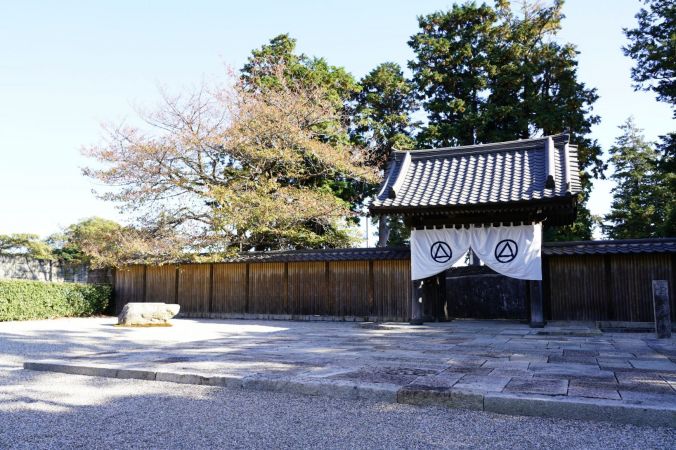 Once one crosses the main gates, on your left, the glass-walled reception building displays a long wooden table as a courtesy to guests. And, on the right, in matching architecture, the Summer Solstice Light Worship 100-Meter Gallery displays breathtaking photographs by Hiroshi Sugimoto; mostly consisting of implausibly beautiful portraits of seascapes paired with the skies above them. Its furthermost glass wall was also calculated to showcase the sunrise on the summer solstice.  However, both of these structures stand as masterpieces on their own and lend themselves to being captured in breathtaking viral-worthy photographs. But, of course, the indoor world of this establishment only serves as an appetizer to what lies outdoors. A short stroll from the latter of the two buildings carries one to a laid-stone amphitheater overlooking an optical-glass stage that hosts performances from time to time. To its left, an oxidized rectangular metal tunnel serves both as a picturesque path to the horizon, and a portal to frame the sunrise of the winter solstice. Then, laid out below – on a hillside shared by a mikan grove – over fifty other art displays await your “ooohs” and “ahs”. A visit to this Observatory may be ideally paired with a fabulous multi-course meal. And, a shuttle leaving the Observatory six times a day takes you to the nearby Nebukawa station. From there, a mere eight-minute ride ferries you into Odawara; where MECIMO French restaurant was established by a Japanese chef who studied his art in France. 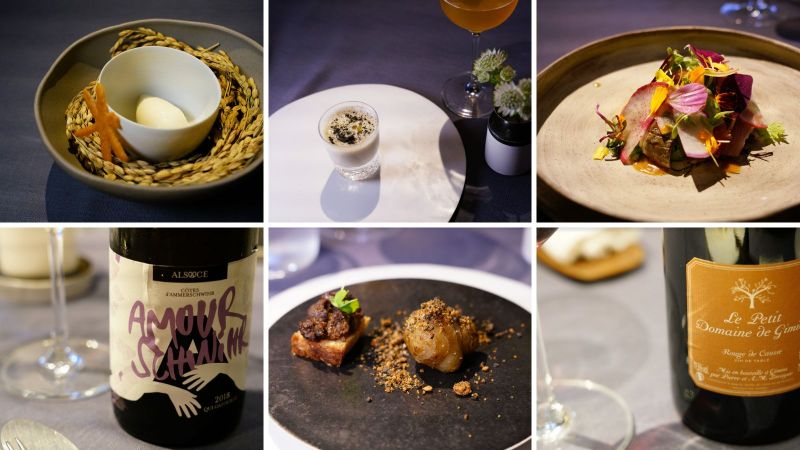 The name MECIMO, crafted from the first syllables of the French words mer, ciel, and, montagne, conveys the essence of the ocean, the sky, and the mountains. The proprietor explains that – since his experience was framed by those forces, he wanted to ferry those elements into his fine dining. As a result, Metropolis enjoyed a ten-course pairing meal that could possibly rival the cuisine of Pierre Gagnaire. From the start, MECIMO sets the stage in stellar fashion with their interior bedecked in complimentary earth tones and natural materials whenever possible. Much like in the ideal Feng-Shui of a perfect bedroom, these factors relaxed one’s psyche into complete comfort and receptivity.  The cuisine then opened Heaven’s gate. Jerusalem artichoke potage soup with roasted eggplant ash powder found itself paired with the restaurant’s own locally-produced MECIMO SAISON 2022 hannsyaro beer. Yellowtail and Japanese horse mackerel from the local Hayakawa Bay served with sliced radish and pickled red onion was served to be savored alongside a rose by nature Pittanauer winery. 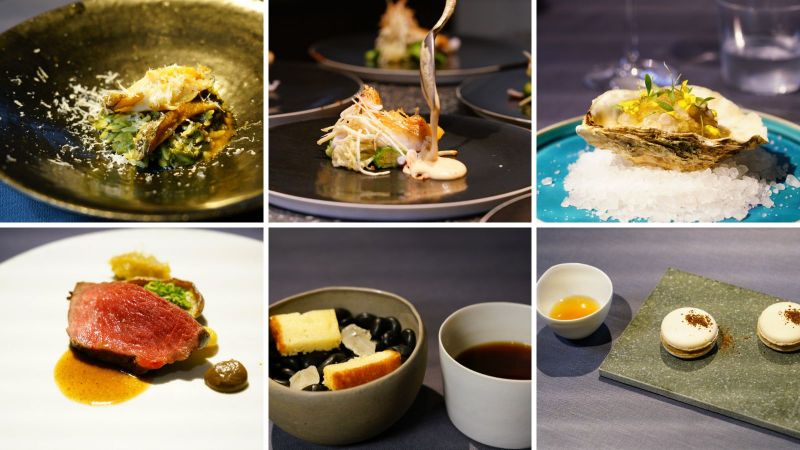 However, the apex of the chef’s genius found its crown in the Soshu Beef Oyster; Soshu beef from Minamiashigara and local tuna tartare-style, low-temperature cooked oysters, ceviche with citrus jelly and coriander, served in an oyster shell and plated on an azure dish garnished with a wave of rock salt resembling an elegant wave of polished ice chips. It showcased the astronomical standard exhibited by MECIMO, whose weekday lunches start at a stunningly affordable 7,600 yen.

MECIMO’S proximity to Odawara station, awaiting an eight-minute ride from Nebukawa station – from which a shuttle may sweep you off to the wonders of Enoura – makes this package an ideal indulgence; be it alone, or with a beloved.