While kabuki and noh productions abound, and touring Broadway and West End productions thrive, Tokyo’s theater scene is also vibrant with a growing number of local English-language performing arts communities. The title of “longest-running English theater company in Japan,” however, is held by the Tokyo International Players (TIP). Founded in 1896, TIP comprises actors, directors, and various creative people from all walks of life. There are many stories to tell, and TIP’s current president, Alysha Haran, certainly has her share. 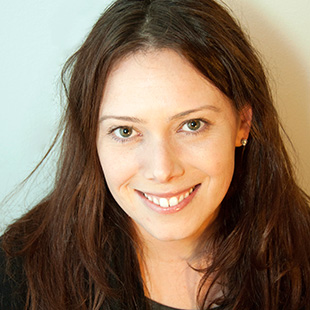 Theater has always been an integral part of Haran’s life. The San Francisco native started performing professionally at the age of 5 in the Bay Area, where she trained in various genres spanning musical theater, opera, ballet, and stage acting. At 18, Haran relocated to Los Angeles to work in production, and produced music videos and commercials—including one that won USA Today’s poll for “most popular Super Bowl commercial” in 2000.

However, Haran’s career took a sudden turn in 2001, following the events of September 11.

“I was supposed to be a passenger on one of the September 11 planes; six days before that, my plans changed,” explains Haran. “I realized that I could be making commercials when I was 50, but I couldn’t go join the navy or do something where I was truly giving back to the country—so I joined the navy.”

Haran took a break from entertainment to serve in the U.S. Navy. Today, she deploys on cruisers and destroyers as a surface warfare officer and is in Japan on the Olmsted scholarship, the military equivalent of the Fulbright.

“I’ve been placed here in Tokyo to study, and [I’m] finishing a master’s degree at Sophia University in Japanese studies. Of course, with my background, my way into the culture is through the arts,” says Haran. “So I was very happy to have discovered TIP.” 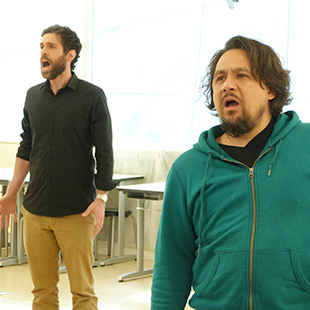 Now actively producing shows in Japan, starting with a 2013 production of Lanford Wilson’s Burn This and more recently directing an original stage adaptation of Louisa May Alcott’s Little Women in 2014, Haran confirms that her work with the Navy was relevant to her art.

“One of the reasons for joining the Navy, and taking a break from the entertainment industry, was because the whole point of the arts, the theater, is to have a better sense of humanity. Living and working in one place was very isolating, and I felt, in order to tell the stories I wanted to tell in life, I needed to expose myself to more of the world and to more people’s stories.”

Haran also firmly believes that the theater has useful applications in any career field.

“It’s teamwork in the truest sense,” says Haran, addressing the sense of community that comes with the rehearsal process. “You grow the art together. You can have all the ideas in your head of where you want some things to go, but if you’re not open or receptive to the people and the resources that you’re given, you’re not present. When you do open yourself to that, it’s truly a collaborative effort.”

At present, Haran is working towards directing her next production for TIP, The Secret Garden—a Tony-winning musical adaptation of the children’s classic by Frances Hodgson Burnett, with book and lyrics by Marsha Norman and music by Lucy Simon.

The musical tells the tale of Mary, a young girl who loses her parents to cholera, moving in with her uncle at his mansion, a grim space haunted by the spirits of her family and their loved ones. Its residents, devastated by their losses, struggle to live with joy, while the souls of the lost are also present, unable to let go. 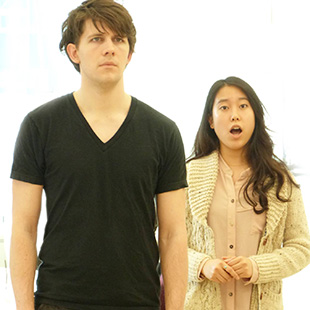 “The live people interact with the memories of the dead people, who are narrating the story for us so that we understand this tremendous amount of pain that these people are starting out in,” Haran explains. “And we watch them have an evolution towards making peace with the memories of their lost loved ones, and finding a way to go on living.

“These are all individual stories wrapped in this giant metaphor of a lost garden, a forgotten garden, a secret garden, that at first glance is also dead. Through the efforts of finding that will to go on, the garden comes back to life—and so do all of these people.”

While the play explores dark themes, Haran wants to impart hope unto the audience.

“The music is so beautiful and moving that I hope they leave with a sense of peace, having listened to this amazing cast put on an incredible production.

“But I also hope that, if perhaps audience members are in their personal life finding themselves in a challenging place, perhaps that sense of not giving up. There’s always something that’s always ready to come back to life if we, as they say in the lyrics, clear away the dead parts and let it come back up to the surface.”