At this summer’s Kura Master competition in Paris, CEO Shigeki Tonoike of the Tonoike Saké Brewery had a big moment. Among the 1,100 types of saké judged in the competition, Tonoike took home two gold medals— along with a platinum in the prestigious junmai daiginjo category—both well-deserved distinctions for his award-winning toji (master brewer), Makoto Ono. The accolades were also a well-timed boost for Tonoike, a Tochigi local who recently launched Saké Voyage, an initiative to promote tourism in his home prefecture through the lens of Japan’s famed rice wine brew.

Tonoike’s lifework seems to be imprinted within his own family lineage. He descends from the Omi shonin (traveling merchants from present-day Shiga prefecture), who plied their trade in goods such as miso and saké along the Tokaido Road between Kyoto and Edo. His ancestors were attendants in the procession of feudal lords when Date Masamune headed toward battle to control Fukushima in 1601, and after settling in the region, they began brewing saké in Tochigi in 1829. The omi shonin were renowned for promoting the concept of sanpo yoshi (literally success in three directions)— which takes into account the seller, buyer and society-at-large when conducting business—and this ancestral philosophy seems soundly reflected within Tonoike’s own Saké Voyage. 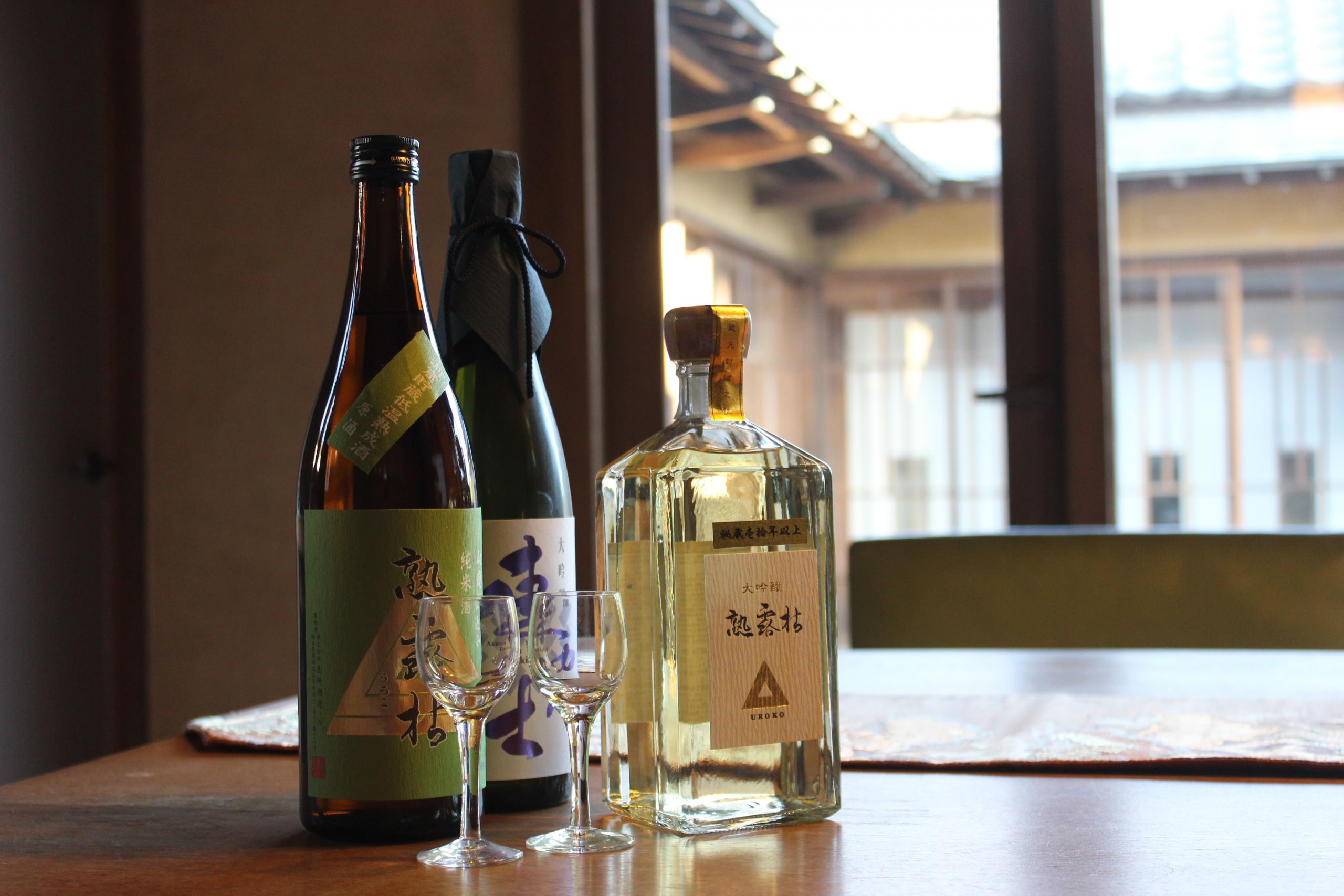 Launched in collaboration with three other Tochigi brewers, the initiative provides tours for saké lovers to visit the breweries and sample their offerings—along with an information clearinghouse for exploring each local area’s additional attractions.

“Tochigi is blessed with high-quality rice and water, and in each cup of craft saké, you can taste the character of its particular region,” Tonoike explains. Mashiko, where his own grandfather established the family’s present-day brewery in 1937, has become renowned for its bi-annual pottery market, which has long attracted throngs of both domestic and international visitors. Tonoike offers tastings at his brewery using ochoko (sake cups) made from Mashiko wares, which are also displayed onsite

“Mashiko has a tradition of diversity and openness to new ideas that is uncommon among other pottery areas of Japan, which tend to adhere rigidly to specific standards,” Tonoike notes. “This welcoming spirit is rooted in our own history, since we have attracted independent artisans during recent decades who have developed their own unique styles.”

Across Tochigi prefecture in Nikko—a globally-renowned city whose shrines and temples have been designated a UNESCO World Heritage site—two additional Saké Voyage breweries are just as passionate as Tonoike about promoting saké tourism. 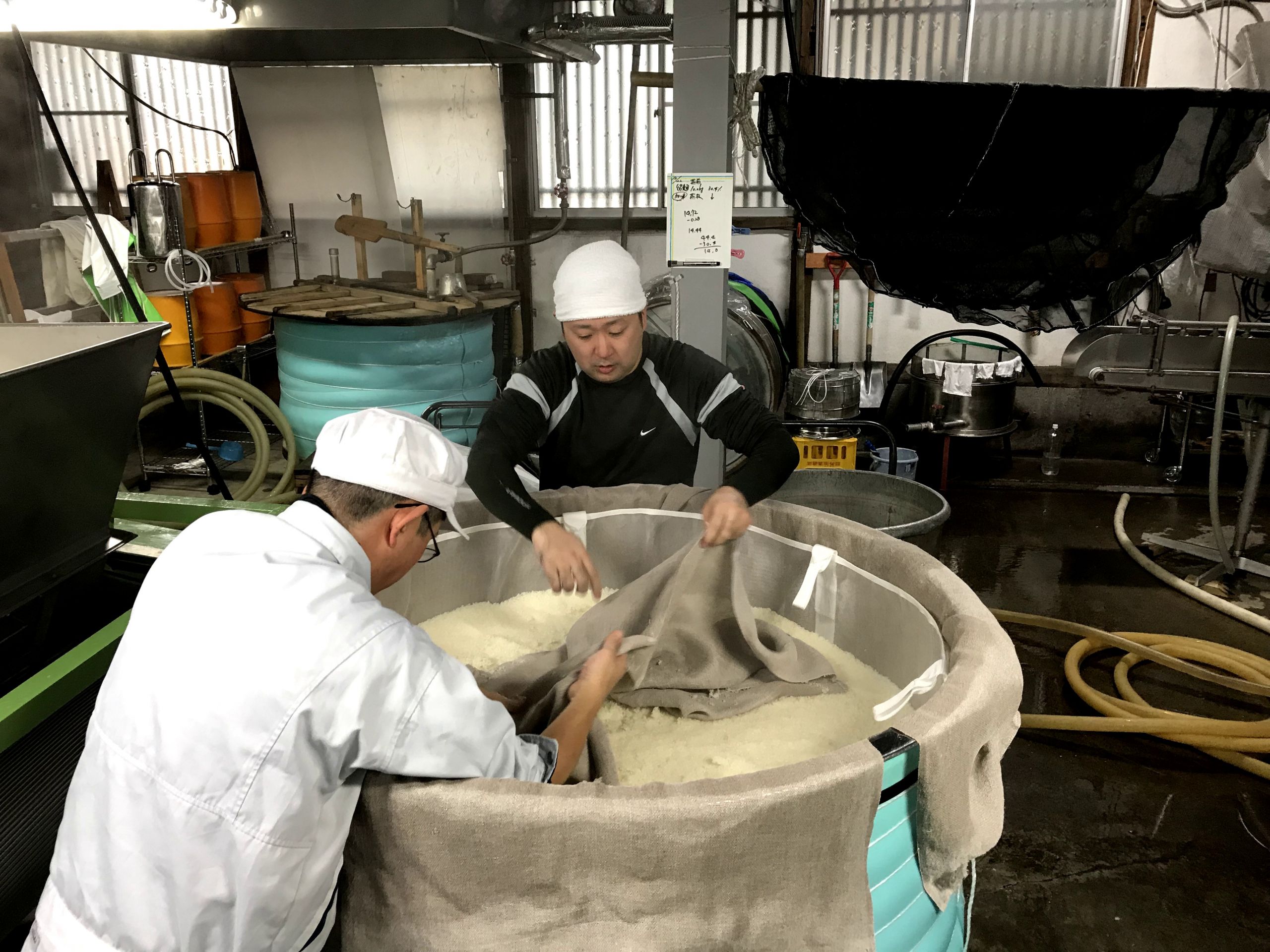 “Nikko’s spiritual nature is deeply woven into our brewery,” notes Yasuhiro Watanabe, the seventh-generation owner of the 125-year-old Watanabesahei brewery. Every December, he draws water from the nearby Futaarasan Shrine and lays it out with salt, fish, vegetables, rice, bonito flakes and saké. This is then offered to the Matsuo Taisha shrine in Kyoto—home to the god of saké—to pray for a safe brewing season, as Watanabe explains that deaths from carbon monoxide poisoning can occur if brewers accidentally fall into the tanks.

Watanabe’s brewery specializes in junmaishu (pure rice saké), and his desired temperatures are achieved by cooling down the brews using ice cubes, and warming them using straw jackets. His team also experiments with edgy concoctions including one featuring ancient wild rice, which produces a sparkling saké tinged a shade of deep, nearly-black crimson “almost like a wine,” Watanabe observes.

“We used to do a lot of stirring, but around a decade ago I became interested in a more hands-off approach, wherein the fermentation process is left alone to occur naturally through the power of koji (yeast), rather than human intervention,” he recalls. “These yeasts are alive—and if you listen closely, you can hear the sound of the fermentation in real-time.”

“Historically, we made our own shoyu and miso and supplies were brought in by horse,” explains CEO and head brewer Tomoyuki Katayama, who is also his family’s seventh-generation brewer. He presses his saké using the funashibori method, wherein the brew is laid out inside cloth bags that are then pressed manually—a labor-intensive method used only by some ten percent of saké breweries today

“Katayama is a pioneer in the area of muroka (unfiltered) saké,” Watanabe tells Metropolis when sitting down for a sumptuous dinner at the Kinugawa Onsen Hotel, a ryokan-style inn located in the nearby hot springs town of Kinugawa, where Saké Voyage organizes pairing-style meals for guests. We began with a kanpai of citrusy yuzushu, and indulged in dishes such as a chilled, gingered iwana (mountain river fish), tempura accented with peppery sansho and yuzu-flavored salt, and a satsumaimo (sweet potato) soup featuring rich, squidgy yuba (tofu skin)—a local specialty.

“We’d like visitors to experience the kuraguse (unique aspects of each brewery), while also exploring each region’s interesting local spots,” Watanabe notes. “Here in this corner of Tochigi, you can do SUP and rafting sports on Lake Chuzenji, as well as visit power spots like the Toshogu Shrine. Nikko’s primary story is its spirituality, but a close second is its food, including miso, shoyu and tsukemono, as well as our fresh, clear water sources. And saké is the glue that connects these two stories together.”

Tochigi is blessed with high-quality rice and water, and in each cup of craft saké, you can taste the character of its particular region.

Rounding out the saké brewery quartet is the Shimazaki Brewery in Nasukarasuyama, a tranquil corner of eastern Tochigi that has its own fascinating historical account.

Interested in applying the concept of aged wine to saké, fifth-generation brewery owner Toshio Shimazaki began aging his brew inside large tanks during the early 1970s. “I found that my daiginjo varietals still tasted delicious after aging for a decade at normal temperatures,” explains Shimazaki, who is now 92 years old.

After beginning to run out of storage room during the 1990s, and also realizing that cooler temperatures were more suited toward his purpose, Shimazaki recalled his own history as a junior high school student, some fifty years prior. It was WWII, and he had been tasked with carrying away rocks that were dug to create a cave for building weaponry undetected. The project was abandoned midway at war’s end—but Shimazaki wondered if it was possible to repurpose the cave for saké storage. “I went back and found that the cave was exactly as we had left it,” he recalls. “The space was enormous and perfectly flat—which is rare among wartime caves—with a perfect temperature for aging saké.”

Today, Shimazaki and his son Kenichi, the present-day brewery owner, store around 100,000 saké bottles inside the 10’C cave. The sprawling underground complex also has a shop featuring unique brewery products such as fruit liqueurs and saké-flavored Baumkuchen, while tastings are offered back at the brewery itself that feature saké aged one, five and ten years.

“I never expected that the history of my life would connect in this way,” the elder Shimazaki recalls of his cave brewery. “But all of the elements just fell into place.”

Another site that Saké Voyage encourages visitors to explore is the Oya district in Tochgi’s prefecture’s capital city of Utsunomiya, where a cave system recounts another fascinating history. Volcanic activity in the area some 20 million years ago produced a zeolite-rich pumice which was mined starting in the 17th century, and most actively during the early to mid-1900s. Known as Oya stone, the material is renowned for its porousness and attractive pale-green cast, as well as for the healing qualities of its abundant negative ions.

Various statues have been carved into the stone throughout the Oya district, including a 27-meter-tall Heiwa Kannon created during the 1950s by war-weary local residents calling for peace, and a 1,000-armed Kannon believed to have been carved by Afghan monks. Oya stone was selected by American architect Frank Lloyd Wright for use in the Imperial Hotel Tokyo, and the Oya district itself also features several cafés and shops accented with the stylish décor. At Ohya Base, a combination co-working space, café/ restaurant and resource center, cave tours are organized that include an atmospheric kayak ride through the underground labyrinth’s waters. 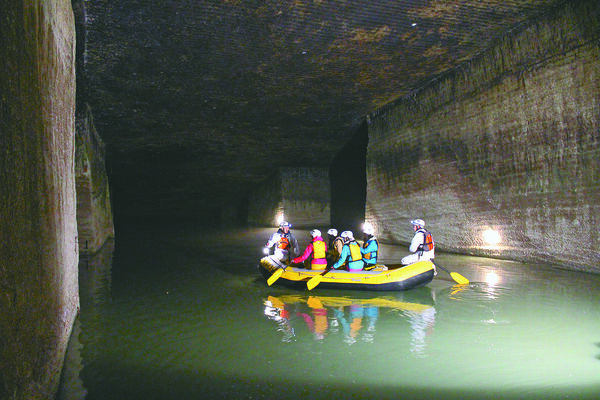 Mihoko Ohki, a Nikko resident and tourism coordinator, notes that Tochigi is brimming with rich cultural traditions. As we weave our way through the complex of local shrines and temples, she first points out the large saké barrel offerings from the local Saké Voyage breweries—more evidence of the intimate connection between saké and spirituality. 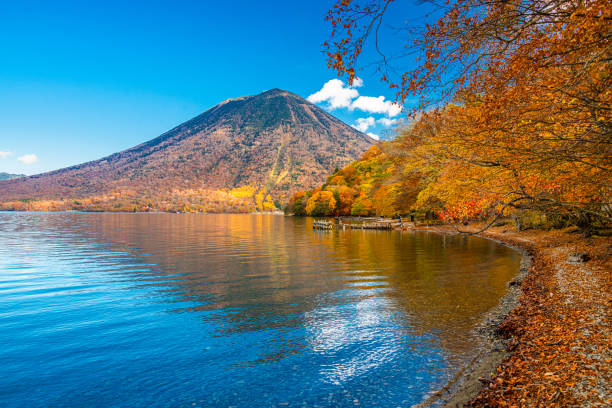 Mt. Nantai on Lake Chuzenji during the autumn season in Nikko, Japan.

She then explains the little-known history of the modest Shihonryuj temple, while gesturing toward Mount Nantai towering majestically over the city. “Most visitors are unaware that before the monk Shodo Shonin conquered that peak in the late 700s—long before any mountain trails existed, and centuries before the famous Toshogu complex was built—he established this temple after he noticed plumes of purple smoke rising upward in the shape of a dragon,” she recounts. “There is just so much profound unknown history here to discover.”

Originally from the southwestern U.S. desert, is a freelance translator and writer specializing in the intersection of social issues, arts/culture, food/drink and travel. She can usually be found with her laptop drinking coffee in the cafes of the metropolis. Find more of her work at kimberlyhughes.online.