Tokyo Extra invites you to join a vibrant community—online and on TV—of similarly-minded people looking to get the most from their Tokyo experience. The new TBS venture begins the conversation on the television, where the interactive live show highlights food, lifestyle, and cultural information to help you unlock an extra dimension of Tokyo’s many diverse areas. The conversation continues online through the show’s YouTube channel, Google+ page, and Twitter accounts, where viewers offer their take on the action and also share their own recommendations with fellow fans of all things Tokyo.

Even in the digital age, where you might expect all this information to be right at your fingertips, Tokyo remains one of the few cities in the world where there is just too much to take in. Even long-term residents—never mind tourists—need to find a way to sieve through all the information. This is where Tokyo Extra comes in. They have gathered local Tokyo celebrities, including comedian Ken Watabe, actress Mayuko Kawakita, and many more famous faces, to chair proceedings in the studio. In addition, a cast of street-level reporters such as AKB48’s Rena Nozawa share their Tokyo with an international audience.

That, however, is only half the story. The show is also broadcast simultaneously on YouTube Live, where Tokyo-based foreign TV talent—including legendary Megadeth lead guitarist Marty Friedman and fashionista Misha Janette—pick up the conversation and bring in live opinion and commentary from the online community.

So far, Tokyo Extra has not only taken in tourist favorites such as Harajuku, Shibuya, and Akihabara, but has also ventured off the beaten path. A trip to Nakano Broadway digs deep into Tokyo’s subculture scene, a visit to Koenji takes in the burgeoning vintage fashion scene, and Ueno provides the real downtown experience. Drawing on word-of-mouth intelligence and personal recommendations, the show is a gold mine of honest guidance, inviting Tokyo’s international residents to show you snapshots of what the city is to them. And remember: If they have left something out, you can always dive into the conversation and have your say live. The episodes that have aired since October 2015 are all archived on YouTube, so there’s no time limit for making sure your favorite shop, restaurant, or even street isn’t left out. And if you are planning a trip, this is a resource you really should be making the most of. 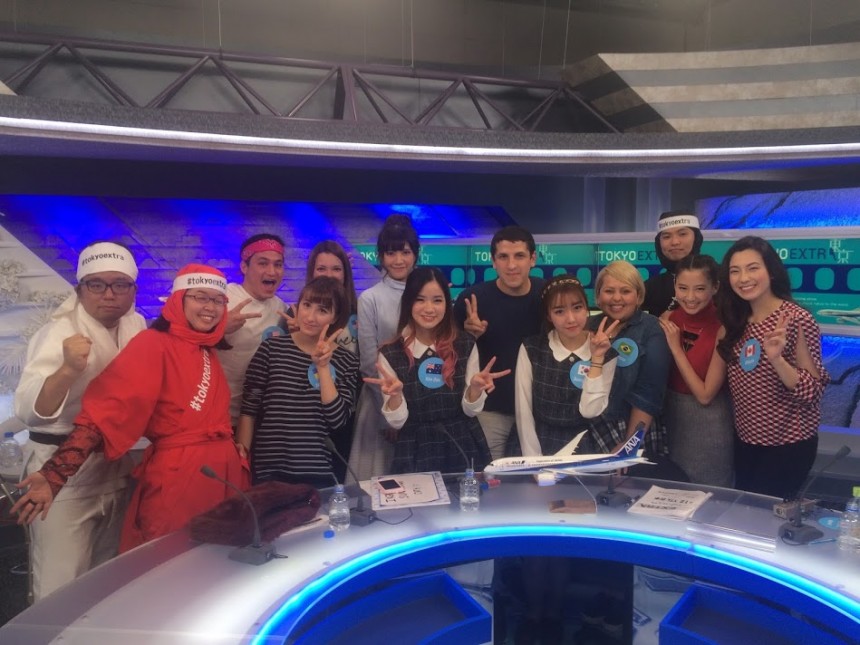 Inside the Tokyo Extra studio

Viewers in Japan can tune in on Mondays at 12:50am on TBS, and the global audience can get an early start from 12:30am (JST) on YouTube Live wherever they are in the world to see the same show tailored specifically for them in English chaired by a whole host of Tokyo-based talent. And don’t forget to use the hashtag #tokyoextra if Twitter is your tool to help make this the show the definitive guide that Tokyo deserves.