It’s easy to write Shimokitazawa off as being a hipster’s paradise. There, it’s hard to avoid ironic T-shirts, drinks served in jam jars, vegan cookies, or anything rustically packaged masquerading as artisanal. I must apologize for these lazy hipster stereotypes, and will say that the town is more of a musical hub, offering a wealth of great food and, with its abundance of vintage stores, plenty of prospects for us valiant bargain hunters to search for hidden treasure.

On my last visit, I focused on checking out the local music scene, and was fortunate enough to witness the visual-kei/punk/thrash metal band Sex Virgin Killer play at The Shelter. Afterward, I had a free jam at the music bar Blue Moon, with a large group of musicians who were only too happy to welcome me to play with them. It was clear that the town had a tight-knit music community, and an energy different from anywhere I’d visited in Tokyo. 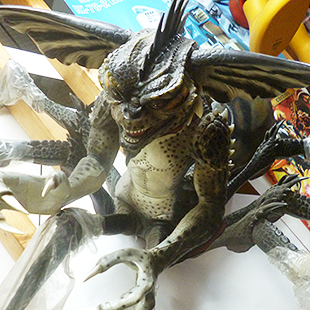 I decided to return—to concentrate on shopping, this time. On the train, having forgotten my headphones at home, I was granted the pleasure of listening to a young couple engage in a light quarrel. She wanted to go to the beach, and was miffed that he wanted to do something else. She grumbled into his ear as he retorted with weak noises, his eyes fixed on his mobile phone, checking which Pokémon might be lurking around at the next station. To be fair to him, it looked cloudy. After leaving the train at my destination, I prayed to the gods that the two lovebirds would find a mutually agreeable plan for the day and overcome this awful quandry.

My first stop was Bara Shoten, a store offering a mix of vintage furniture, clothing, and vinyl. It’s worth spending the time to rummage through their music selection as some golden nuggets can be found. Today wasn’t my lucky day, though. Gary Glitter’s seminal second album? I decided to leave that for the next punter.

Next up: 45 Revolution PUNK ROCK ONLY. The aggressively uppercased sign was no lie. I was jittering with joy to see the amount of Crass, Amebix, and Discharge merchandise. Do you like your music abrasive and think your government is filled with naughty suits up to no good? Check out this store. The friendly and helpful owner deserves your money. 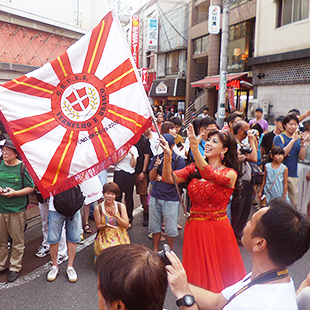 Nestled away in a back alley is the hobby shop Sunnys. It’s a great spot for those looking for Star Wars merchandise; I got my claws on a rather splendid Teebo figurine—you know, the Ewok who likes to play drums on Stormtroopers’ helmets. I know the Ewoks have their disparagers, but I’m very fond of the furry fellows. Reading the back of my latest acquisition, I learned that not only was Teebo a musician and a mystic who can communicate with nature; he was also a prolific poet. I must find his latest poetry release.

With my stomach rumbling and making noises similar to that of a dog losing its bark, I decided to search out some grub. Not far from Disk Union is the quaint little restaurant Varie, offering melt-in-your-mouth “hamburg” and stew. It’s a classic mom-and-pop café with great food and light jazz to please your ears as you gobble.

Stepping outside the restaurant with my hands clamped on my wobbling belly, I could hear some drumming and shouting in the distance. Goodness me, what is going on here?

I followed a crowd through the maze of alleyways, and was surprised to see a full samba band parading through the streets, complete with dancing girls bouncing around in extravagant, peacock-like costumes. The sidewalks were overflowing with spectators and photographers enjoying the show.

Were the photographers interested in the percussionists? No, I can’t say they all were. I watched one cheeky chap making full use of the zoom function of his camera as he focused in on the dancing girls. As soon as they passed further up the street, the man seemed satisfied that his day’s work had been done, and disappeared from the crowd at a pace slightly faster than a jog.

A comprehensive guide to shopping smarter in Tokyo