Blossoms and coffee are ephemeral

Ah, the changing of the seasons. After setsubun has passed, you know spring is coming to Tokyo when the days get longer, the sun gets warmer and the sakura lattes start to appear in Starbucks. On February 8th Starbucks Japan’s famous sakura lattes were added to menus at the brand’s coffee shops nationwide, along with a host of pretty-in-pink drinks, flasks, bags and memorabilia. It’s in touch with nature, unashamedly capitalistic and beautifully branded: in other words, quintessentially Japanese. It’s shameful, but nothing says ‘Japan’ to me quite like a seasonal gentei (special offer).

If you search #スタバ桜2018 (Starbucks Sakura 2018) on social media, you’ll notice a few disgruntled voices amongst the hordes of smiling gentei selfies. The Sakura latte is sold out, or rather the drinks are available but the toppings are not. One angry social media user has gone to five Starbucks stores to try and buy a flask with no success. 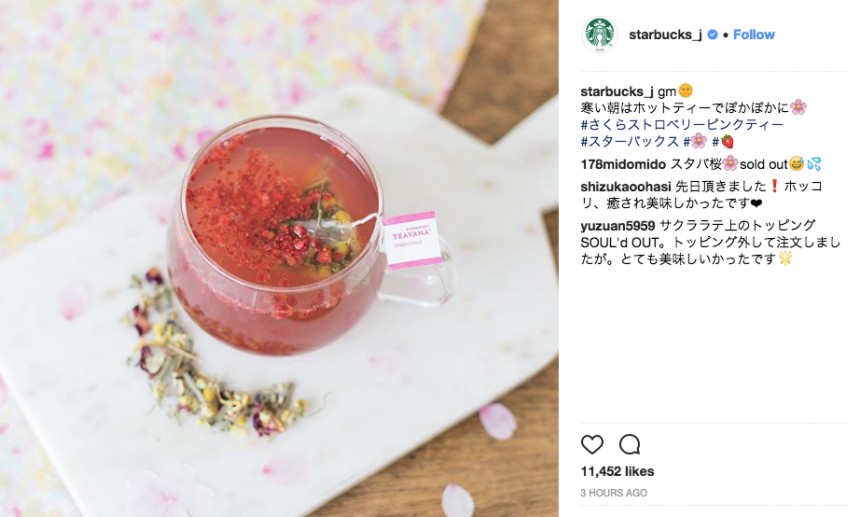 Nowhere can this gentei crisis be seen more than on Yahoo auctions, Japan’s answer to ebay, where sellers have been taking advantage of the sakura frenzy to sell their Starbucks products for twice or three times the original price. I’m no fan of the slightly Orientalist ‘meanwhile in Japan’ narrative, but it’s hard to imagine another country where a coffee flask sells for almost $60. 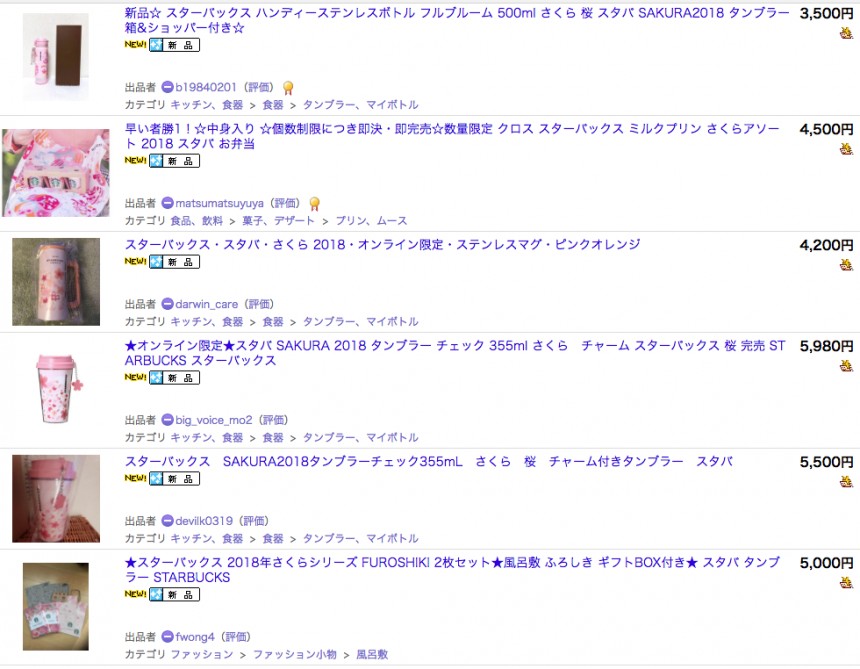 Cynically, it sometimes feels like ‘sold out’ is a branding tactic in Japan. The Nintendo Switch infamously sold out, in Japanese stores, six months after its launch, and even though the shortfall undoubtedly caused problems for the company, it also created a buzz around the product. For the first couple of months, owning a Switch was like owning a unicorn. The combination of scarcity value, limited time only and wholesome bucolic imagery to boot is devastating for my wallet. Perhaps like sakura falling from the trees, so too should you appreciate the ephemeral nature of the Starbucks sakura latte. Seasonal sensibility or marketing machine, of one thing we can be sure: Japan is gentei crazy.