The Japan Sake Makers Association, the largest organization in the Japanese sake industry, has around 1,700 group members, but for the 41st National Sake Championship, masters and amateur sake lovers alike joined in tasting sessions on October 21.
Held at Rihga Royal Hotel Tokyo, the championship’s aim was to discover the best amateur sake taster in Japan. The competition has been held since 1981 with the aim of spreading awareness of the appeal and culture of sake. This year, the “Individual Division”, with a total of 66 tasters representing 32 prefectures, and the “Group Division” where two representatives from each prefecture compete for the total points, competed for the best amateur taster in Japan.
Kazuhiko Arimura, who became the first Kagawa Prefecture representative to win the “Individual Division”, was the winner. In the “Group Division”, Masumi Komatsu and Minako Fujikawa, a female duo, won the championship for the first time for Kumamoto Prefecture. 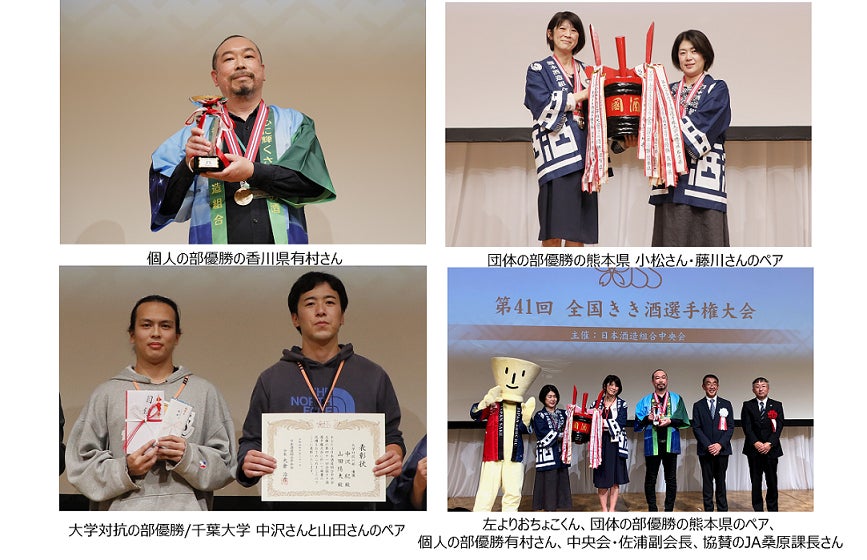 Sake can appeal to amateurs regardless of age (so long as it’s above legal drinking age!) gender or nationality. In the popular “College Competition”, which included 20 students from eight universities, Osamu Nakazawa and Yota Yamada from Chiba University took the winning titles.

Representatives from each prefecture conduct a written test on sake and determine seven types of sake while checking the taste and aroma. There are two types of examination criteria: “written test” and “matching method”. The written exam is difficult even for sake lovers to answer immediately. The matching method, which requires sophisticated analytical skills to identify sake with a wide variety of expressions, is based on seven types of sake (junmai ginjo, daiginjo, junmai, honjozo, unpasteurized, low alcohol, ordinary sake) are sorted by color, aroma, and taste, and ranked according to preference.

The 10 Best Japanese Whiskies for Gifting