Ian Martin, music journalist and author of “Quit Your Band,” delves deep into one of Japan’s most acclaimed
indie rock albums

Pop and rock music have been around in Japan for as long as these genres have existed, and new developments in music around the world have nearly always found keen listeners in Japan, who have worked to incorporate these influences into the local scene. Still, Japan is in many ways an isolated music scene, both geographically and linguistically, and popular music has developed in its own way, responding to local conditions just as it has continued to keep an open ear to new sounds from abroad.

In looking at some of Japanese music’s greatest albums, finding a place to start is always going to be a challenge — should it be an internationally recognised classic by someone like Yellow Magic Orchestra or Cornelius? A J-pop megahit from the music industry’s 90s peak? An album revered by Japanese critics and musicians alike? A hidden gem that was never appreciated at the time?

To start with, though, I decided to go with something personal. Supercar were a band of almost foundational importance to 21st century Japanese indie rock. Their 1998 debut album, Three Out Change, was a monstrous, distortion-drenched masterpiece, combining sweet pop melodies and washes of guitar effects that recalled British shoegaze acts like My Bloody Valentine and Ride as it built to a thundering climax and then suddenly cut out at around the 80 minute mark, as the CD seemed to simply run out of space. 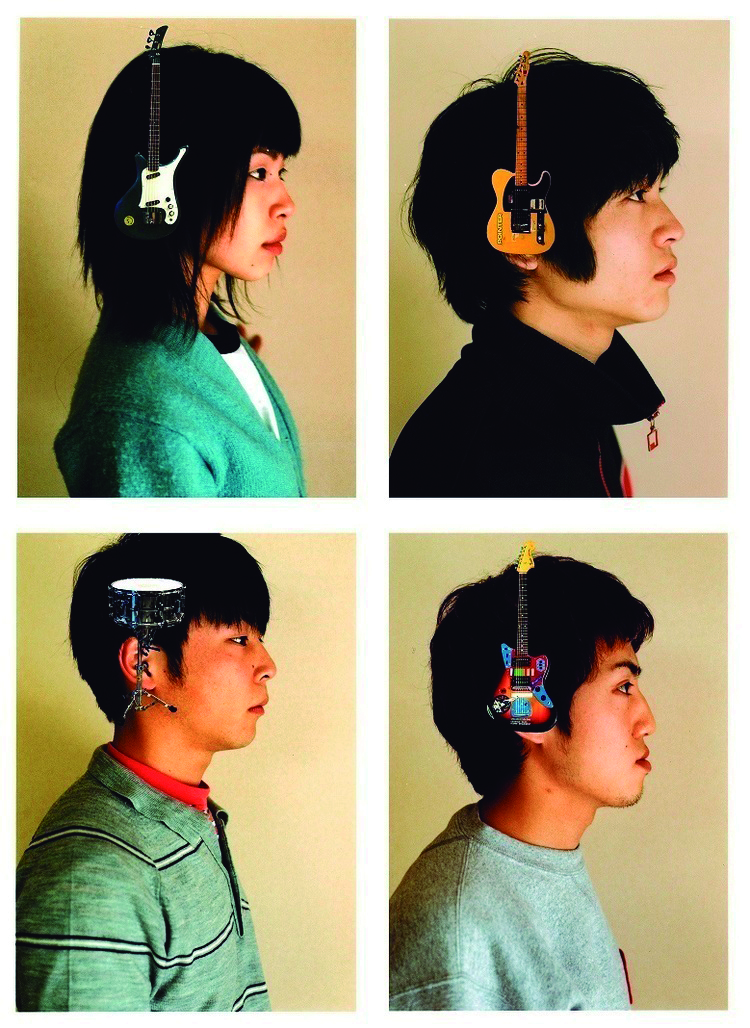 This was followed by a frantic period of productivity, with two full albums’ worth of previously unreleased material and a brand new studio album, Jump Up, all coming out in 1999. This period of extraordinary productivity culminated, as we entered the new millennium, with another stunningly ambitious album titled Futurama.

When I first arrived in Japan, knowing precious little of the music scene here, Supercar were a key act in a wave of bands who were transforming the Japanese rock scene. At around the same time, Quruli were ricocheting around punk-pop, 70s rock, psychedelia, indie rock and dance music, while Number Girl were channeling 90s post-hardcore into nihilistic, riff-savvy howls of distortion. It felt like the country was waking up to the new century with the dying days of the old still buzzing frantically around its brain, kicking with a creativity and life that the rest of the world had already shrugged off. The turn of the millennium was a good time to be an alt-rock fan in Japan and was also a time when the music industry was tilting into decline after its late-90s peak, but major record labels still had crazy amounts of money to throw at new things. It was against this backdrop that Supercar managed to secure the backing of Sony Music for a series of radical evolutions in their sound.

The forward-facing stance suggested by the title manifests itself musically with the pulsing techno beat that opens the album on the track “Changes,” the guitars relegated to looping textures in the background. Together with the clattering breakbeats of “White Surf Style 5” and the disco thump of “Fairway,” it marks a huge shift for a band that two years previously had been set up as guitar rock saviors. 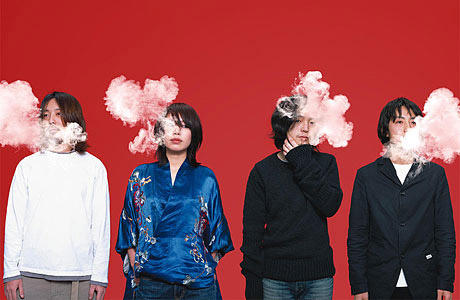 The old Supercar is still there though. As when Radiohead had suddenly discovered Aphex Twin with their album Kid A—released just a month before Futurama—the band opened themselves up to criticism that they were already late to the party and cribbing superficially from electronic artists who were much more talented than them. This is a bit unfair, as the band clearly never set out to completely abandon the rock and shoegaze sensibilities that remain at their core. Instead, Futurama smoothly transitions between stylistic elements, tracks bleeding into each other, grooves and bleeps seamlessly slipping into dream pop harmonies or exploding into sonic cathedrals of guitar. It places Supercar at the same intersection between indie and dance that bands like New Order occupy, and doesn’t seek to compete with the likes of Autechre or Boards of Canada on their own turf.

With its curiously distant, melancholy party vibes,  Futurama was also an album that captured the atmosphere of its era: a dazed, disaffected generation of tail-end gen-xers and freshly minted millennials emerging bleary-eyed and hung-over into the 21st century, the dawn light glinting blue-grey and metallic off the steel and glass of the Shibuya Morning after a night of clubbing or bar-hopping.

While idol groups may flit musically from style to style depending on what gimmick their management thinks will snatch a few more sales, rock bands in Japan tend to hit a groove and then plough it endlessly to diminishing creative returns. However, what Futurama and its successors, the pristeen Highvision and the gloomy but sonically expansive Answer, showed was that Supercar were a rare band with a restless and fearless creative instinct.