Tokyo-based New Yorker Andrea Fazzari has experienced an incredible photography career spanning 16 years. The James Beard Award-winning photographer and writer has illuminated the arts scene with her dazzling and bewitching work with a particular focus on cuisine. Fazzari, who also holds a position as Starwood Hotel Group’s Luxury Collection Global Explorer, exploded into Japanese culinary consciousness in 2018 with “Tokyo New Wave: 31 Chefs Defining Japan’s Next Generation, with Recipes.” “Tokyo New Wave” was a cultural and photographic tour de force and shed light into the world of some of Japan’s top chefs.

Her latest book “Sushi Shokunin,” to be published in fall 2020 by Assouline, explores the enigma and craftsmanship behind sushi artisans in Tokyo. Fazzari explains the reasoning and processes behind her latest work in a recent email interview with Metropolis. 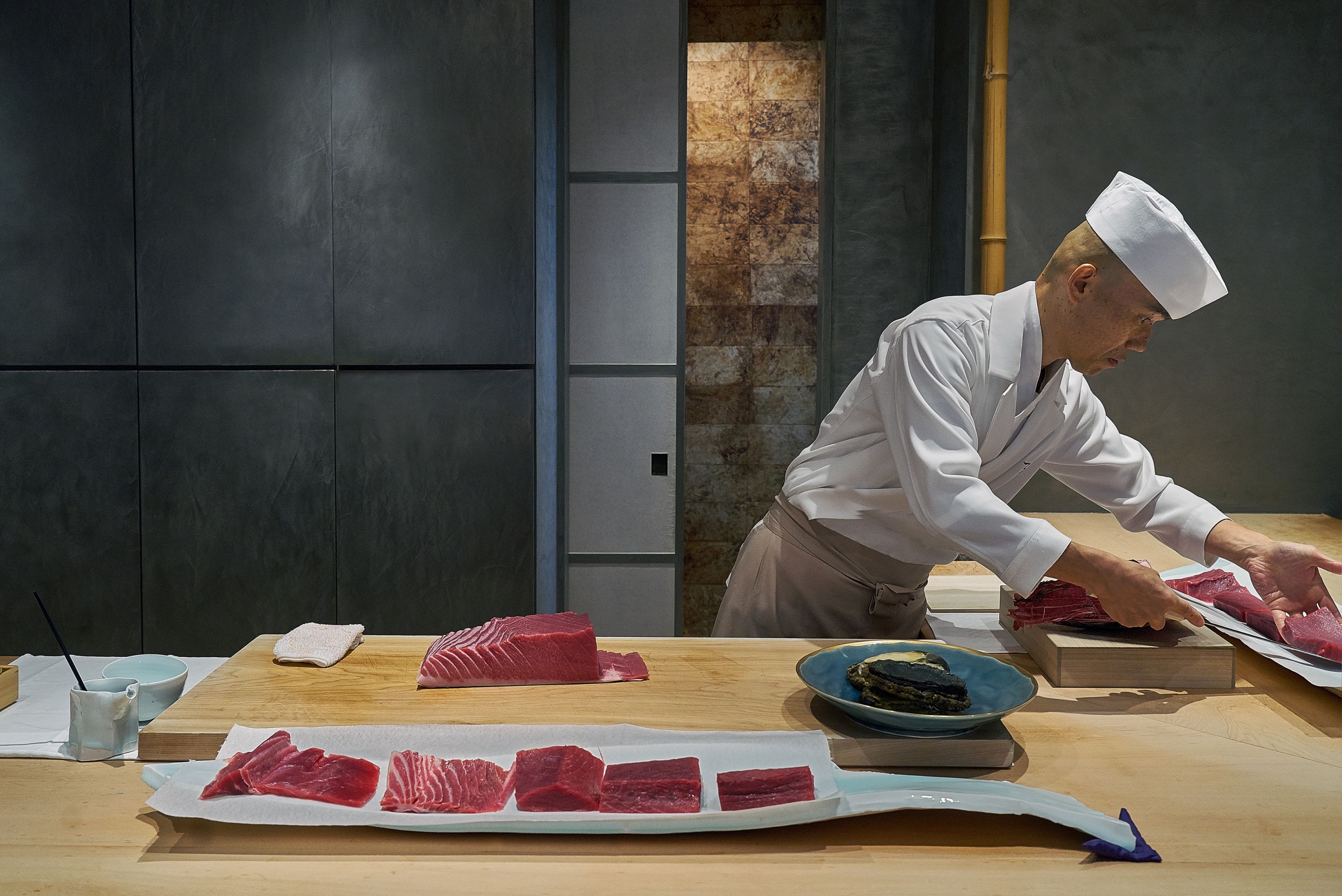 A sushi shokunin at work.

Metropolis: The sushi scene in Japan, it could be claimed, is very much a man’s world. Did you encounter any female sushi chefs during your journey through your new book “Sushi Shokunin?”

Andrea Fazzari: You’re correct, the sushi scene historically has been, and still is, substantively a man’s world. At the highest tier of masters in the Edomae (Edo or Tokyo style) sushi world — which is what I am focusing on in “Sushi Shokunin: Japan’s Culinary Masters” — female shokunin [artisans] are not yet present.

In my last book, “Tokyo New Wave,” I featured an outlier female sushi shokunin, someone who achieved her success and opened her own sushiya [sushi restaurant] in Ginza after years of traditional, demanding training under a well-known master. Today, top shokunin are continuing to evolve in their thinking and are more open to mentoring female apprentices.

M: In your last book, “Tokyo New Wave,” you interviewed and photographed 31 chefs in a kind of anthropological study of food and chefs. How is your new book different from this?

AF: “Sushi Shokunin: Japan’s Culinary Masters” is different in a few ways: The world that I am capturing here — through both my photography and writing — is solely the sushi world, not the eclectic Tokyo gastronomic scene in “Tokyo New Wave.”

I focus exclusively on shokunin, not chefs, which is different [and] I write about the meaning of shokunin as part of my introduction and throughout the book.

I selected shokunin all over Japan, not solely in Tokyo. The shokunin I feature have already achieved the highest level of skill and are established, while a percentage of the chefs in “Tokyo New Wave” are up-and-coming. “Sushi Shokunin” features 20 shokunin, not 31 chefs, and is quite different in look and feel.

M: A lot of cultural, gastronomic and social importance is placed upon sushi and its role in Japanese society. As an Italian/American how did you approach the culture behind sushi and the shokunin who create it every day?

AF: I have visited just about 90 countries by now, and have lived in seven. Food culture has long fascinated me, no matter the country, perhaps in part due to growing up exposed to exceptional food and meaningful life interactions around it. However, upon my first visit to Japan 20 years ago I literally fell in love with the country and its singular, stunning approach to aesthetics and gastronomy. I would eventually move here because of this: In the last five years as a Tokyo resident I have learned about Japan’s culinary world as it reflects Japanese culture — Edomae sushi is arguably the strongest example of this. To learn about sushi is to learn about Japanese history, agriculture, politics, art, science, design and more. All of these elements are inherent in sushi. Living in Tokyo, where I feel at home, I keenly appreciate the skill and devotion of all shokunin no matter the type, but especially within the culinary world. They move me, and I don’t hesitate to express my appreciation. 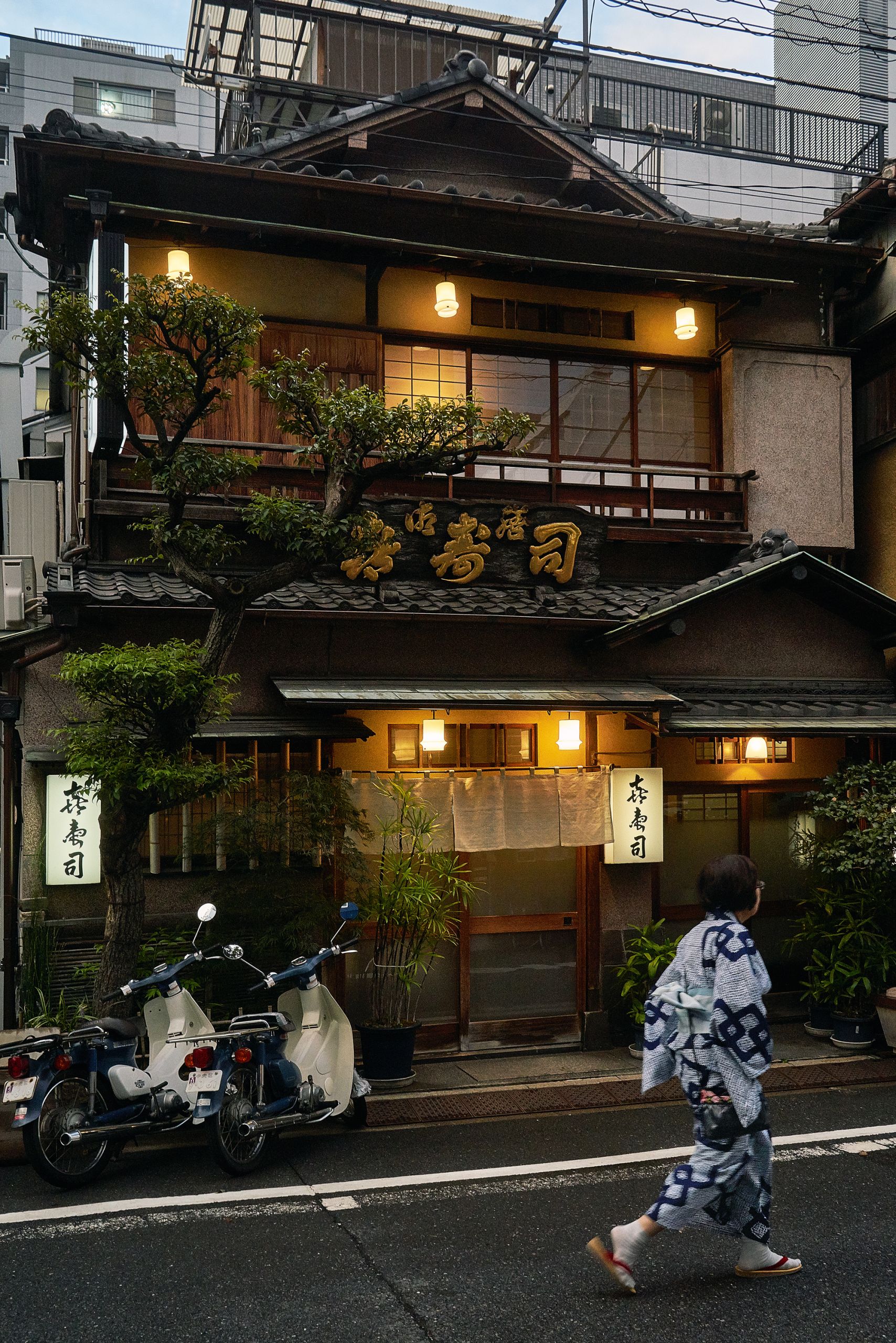 A sushiya featured in the book.

M: I wanted to know how you managed to forge relationships with these shokunin? What was the process behind it?

AF: My relationships have grown organically over time, like any friendship. One led to another and led to another; one shokunin — recognizing my heartfelt joy every time I experienced his craft — would introduce me to another. No special process.

M: In the press release for “Sushi Shokunin,” it says, “this title is reserved for those who approach their work with an artistic eye and seemingly spiritual sense of purpose, or ikigai.” Could you expand more on this?

AF: Ikigai is the Japanese term for “one’s purpose in life,” “one’s reason for being,” what motivates you to get up in the morning. All of these sushi shokunin are guided by their ikigai, and live in the disciplined and passionate pursuit of their craft. As artisans with acute attention to detail and tremendous skill, they never stop striving for further improvement. Within this daily “doing,” creating what they love, they attain a level of synchronicity that can be equated to a kind of spirituality where the meaning of life can be found.

To learn about sushi is to learn about Japanese history, agriculture, politics, art, science, design and more.

M: New York has its fair share of top-level sushi restaurants such as Masa, Sushi Ishikawa and Sushi Inoue. How do they compare (in process, taste and philosophy) with the restaurants you include in “Sushi Shokunin?”

AF: I’m sorry, I have not dined at these three particular sushiya. However, there is a bit of a surprise in “Sushi Shokunin!”

M: Japanese cuisine places a lot of emphasis on aesthetics, seasons and history. Is this something other cultures and countries could learn from?

AF: Absolutely. Japanese culinary aesthetics exude a harmony, balance and peacefulness that are — to me — unparalleled anywhere. Their beauty is transcendent, and, even if in a modern form, often pay homage to or echo tradition. This is reflected in the physical spaces as well as the food itself. Seasonality is one hundred percent at the heart of Japanese gastronomy; the seasons dictate the quality of ingredients, well-being and an understanding of the rhythm of life. This understanding is conveyed in the most memorable dining experiences.

M: What draws you to photograph food and the artisans behind it? Why is the culinary world so fascinating to you?

AF: The culinary world is exceptionally rich, imbued with just about every aspect of life. Food is central to our lives. The culinary world and the shokunin who work within it awe me with their drive, dedication, knowledge and sense of beauty. They and their creations constantly move me, so it is in turn rewarding to explore that which induces such strong feelings in me — photographically and through my writing. In so doing I am a constant student of anthropology whose education, happily, never ends.

M: It’s a simple question but what kind of sushi is your favorite and why?

AF: Edomae (Edo or Tokyo style) sushi. Within this style, my favorite type of nigiri changes a bit over time, but right now I’m particularly enamored by the humble but glorious iwashi, or sardine.

M: Do you have any of your favorite sushi restaurants that you would like to recommend to Metropolis readers?

AF: I would recommend any of the 20 shokunin and their sushiya which I have included in “Sushi Shokunin.” I tell personal stories about each, so I hope your readers will discover restaurants that they would like to try. 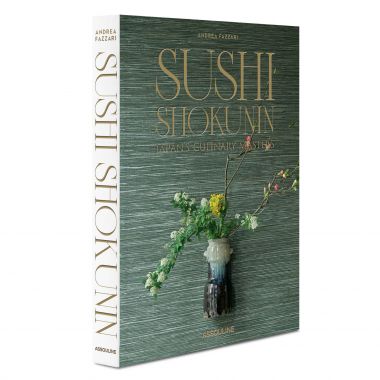