When it comes to mystery fiction, Japan is one of the world’s references that fans of the genre keep coming back to. From locked-room mysteries and whodunnits to decades-long murder tales and psychological thrillers, Japanese crime literature presents a vast range of subgenres that suit all tastes. Here’s a compilation of six indispensable novels to read this year.

Crime fiction is a particularly beloved genre by many, and for a good reason. After a rollercoaster of breathtaking twists and turns, they provide us with closure — the villain gets caught and justice is served. Sadly, in real life, we can’t always expect that. As harsh and cold as the world may seem, many of us can relate to having escaped from our realities a few (or many) times and found comfort in a detective story or TV series. A few must-reads in this category are Seicho Matsumoto’s “Inspector Imanishi Investigates” and Seishi Yokomizo’s “The Honjin Murders,” two early modern classics of the Japanese mystery genre. 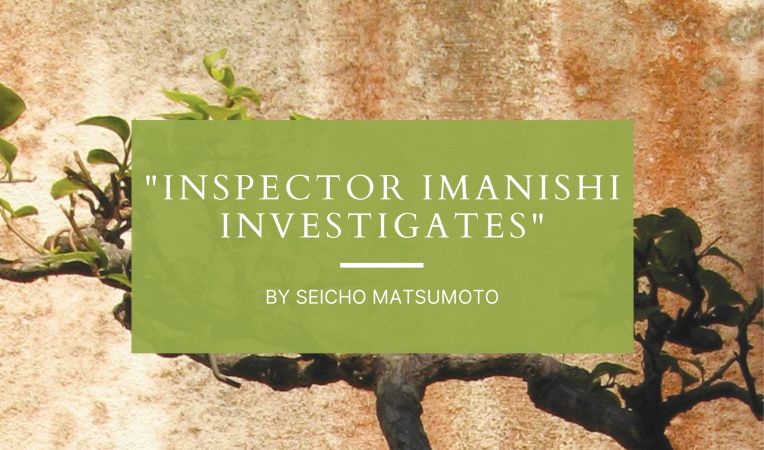 A dead body is found under the rails of a train in the early hours of a cold 1960s Tokyo morning. Possessing no documents and with a face so brutally damaged that the police find it impossible to identify the victim, the assigned detective to the case, Inspector Imanishi, is left with only two clues to follow: the distinctive accent of a young man who was last seen with the victim and the word “kameda.” After months of following wrong leads and not a single solid suspect, the case is closed, unresolved. Imanishi, dissatisfied, cannot take the case out of his mind, but then a series of strange but coinciding events lead him back to square one.

Credited with popularizing the mystery genre in Japan, “Inspector Imanishi Investigates” is one of Seicho Matsumoto’s most famous novels and a classic Japanese detective story. Inspector Imanishi isn’t your typical eccentric, gifted detective with impressive deductive skills, but a laid-back, quiet bonsai lover who enjoys spending his free time writing haiku and folding paper cranes. With the perfect combination of a down-to-earth detective and a seemingly unsolvable crime, “Inspector Imanishi Investigates” is the best company for a stormy, indoor summer afternoon. 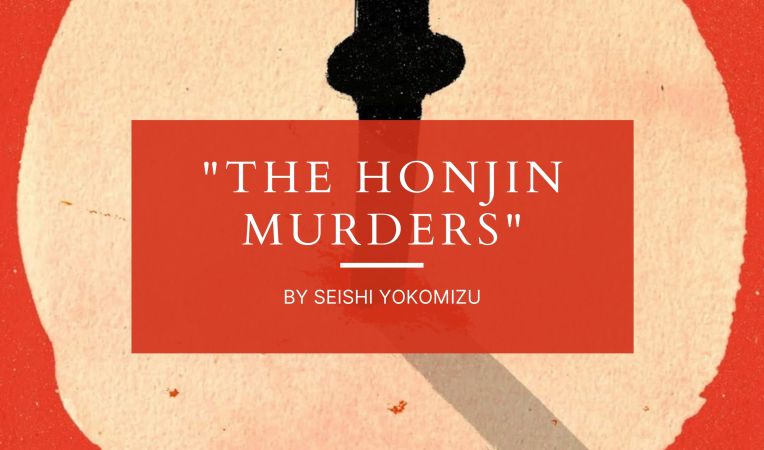 A spine-chilling scream cuts through the peaceful winter night after a long day of wedding festivities at the village of Okamura. Eerie music follows and soon after, the bride and the groom are found dead in their bed; their bedroom locked from the inside. A bloody katana sword, now thrust into the fresh snow outside, is the only clue left by the murderer, who escaped without leaving a trace. How was this impossible crime committed?

If you are the kind of reader who enjoys reading between the lines of a story and recalling the particulars of the crime, you may already be able to guess what I am about to write next.

Another classic but only recently translated in 2019, Seishi Yokomizo’s massively popular “The Honjin Murders” won the first Mystery Writers of Japan Award in 1948 and was later turned into a movie in 1976, under the title of Death at an Old Mansion. “The Honjin Murders” is a prime example of honkaku, a literary genre of Japanese detective fiction that emerged in the 1920s that focuses on “fair play” — no unexpected twists or villains show up right at the end of the plot, but all necessary clues are laid out to the reader, giving them an equal chance to solve the riddle as the detective. Thus, a most thrilling journey is crafted, where the entertainment stems from pure logical reasoning. Think you got a Sherlock Holmes knack for crime puzzles? Then have a try at Yokomizo’s clever mystery riddle.

Famous for his crime sagas, including the highly acclaimed “The Devotion of Suspect X,” Keigo Higashino is one of Japan’s current masters of mystery storytelling, having won several major Japanese awards and with nearly twenty of his books being turned into films and TV series. He also served as the 13th President of Mystery Writers of Japan, which awards the Mystery Writers of Japan Award to writers every year. Reading Higashino is mandatory for fans of modern Japanese crime literature. 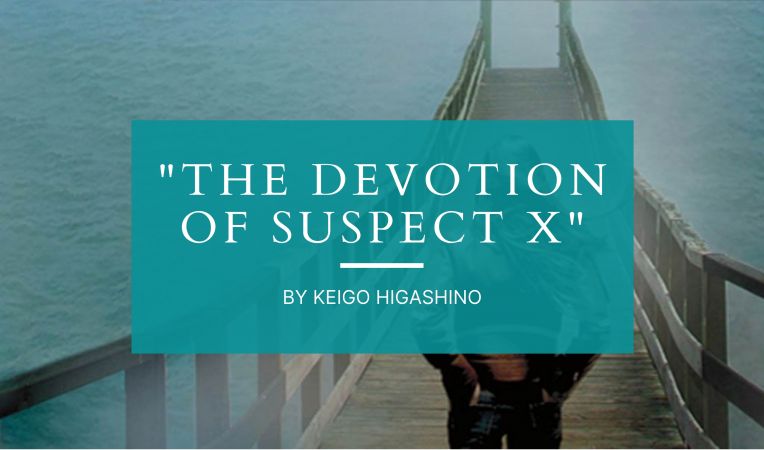 When Yasuko Hanaoka’s abusive ex-husband appears at her door to extort money, the situation quickly takes a dark turn, and he ends up strangled by Yasuko and her daughter. After witnessing the incident from the apartment next door, math teacher Ishigami decides to help his neighbors in covering up the murder. Assigned to the case is detective Kusanagi, who grows increasingly suspicious of the mother and daughter despite not identifying any holes in their alibi, so he goes to seek help from his physicist friend Dr. Yukawa who often assists in police cases. What follows is a competition between two geniuses trying to outsmart the other. With the murder and the culprit already laid out from the beginning, “The Devotion of Suspect X” focuses on the how and the why, leaving readers immersed in a competition of the highest stakes and two questions to be answered: Can there be such a thing as an unsolvable puzzle and how far would someone go to create one?

One of the most popular modern Japanese thrillers to date, Higashino’s “The Devotion of Suspect X” is drowning in awards, which include the coveted 134th Naoki Prize and the sixth Honkaku Mystery Award, one of the most prestigious awards for mystery novels in Japan. The novel’s enticing plot is remarkably translated to English by Alexander O. Smith, having been nominated for the 2012 Edgar Allan Poe Award for Best Novel. 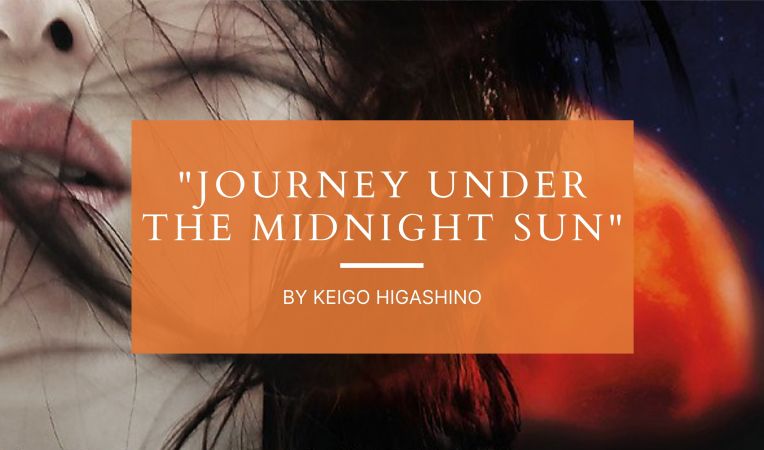 In Osaka, 1972, a man was found murdered at an abandoned building. Detective Sasagaki, assigned to the case, soon finds himself out of leads when two of the main suspects are found dead and no more clues are discovered. Two kids, however, catch his attention throughout the investigation: the gloomy son of the victim Ryo, and the alluring daughter of the main suspect Yukiho. In a tangled web of characters and events, follow detective Sasagaki in this epic 20-year riddle as he relentlessly attempts to piece together strange misfortunes, sudden twists and unexpected connections.

Equally thrilling as “The Devotion of Suspect X,” Higashino’s earlier bestseller “Journey Under the Midnight Sun” is one of the best examples of the author’s sleight of hand. With an episodic plot, a long list of minor characters, and references to major historical events of 1970s Japan, “The Devotion of Suspect X” might be challenging at first for the inexperienced reader. However, the complexity of the epic allows a deep dive into the psyche of the era and the hearts of the characters.

A crime told from multiple points of view is a familiar feature of the mystery genre in Japan with one of the earliest examples being Ryunosuke Akutagawa’s “In a Grove,” which inspired Akira Kurosawa’s renowned 1950 film, Rashomon. However, it’s not every day that you come across authors who can skillfully bring fresh air to this writing style without making it seem forced. Riku Onda’s “The Aosawa Murders” and Kanae Minato’s “Penance” are two such examples, consisting of a series of vignettes (or short stories) that, working like puzzle pieces, gradually reveal clues about the culprit and their motive. 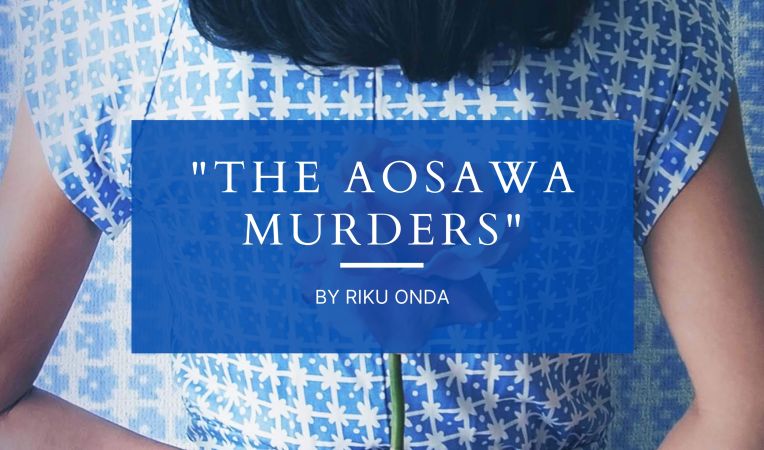 1970s Japan. A freak mass murder takes place in a remote town on a stormy day. 17 people were found dead at a birthday party, including elderly and children. The police are puzzled — how will they catch the murderer if the only present witness and survivor of the massacre is a blind, sickly girl? A few different individuals are suspected at first, but soon all suspicion lies on a single person.

You see, it’s a very simple story. If there are ten people in a house and nine die, who is the culprit?

However, proving their guilt is a lot harder than it seems since people’s memories are faulty and their perspectives are biased. As much as you try to make the pieces fall perfectly in place, Onda takes you on a swirl of events and findings that contradict each other, but will leave you glued to the book until the end. In this dark, tantalizing journey that challenges the norms of the mystery genre, Onda gives voice to all of those involved in the crime and dives deep into their psyche, exploring their innermost fears and darkest secrets. Don’t like a crime novel with an ambiguous ending? Then this book isn’t for you. 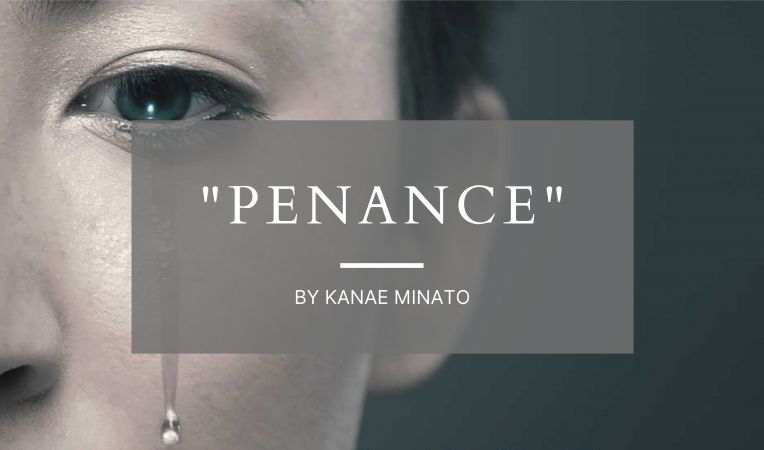 One afternoon, five girls were playing volleyball at the school’s grounds when they were approached by a stranger, who tricked them into leaving one of their friends by herself with him. Hours later, she’s found dead. To the frustration of the policemen and the despair of the victim’s mother, the remaining girls cannot remember the perpetrator’s face. Filled with rage and profound sorrow, the mother curses her daughter’s surviving friends, vowing that they will pay for their classmate’s death if the murderer is not caught before the statute of limitations is up.

Written by the critically acclaimed author of “Confessions” and queen of iyamisu (Japanese for ‘eww’ mystery novels), the popular mystery-turned-TV-series “Penance” is equally shocking and gut-churning. Pulling you into a disturbing account of murder, vengeance, obsession and manipulation, Minato adds a new twist to the story as each girl, now adults, retell their journey in atoning for the girl’s murder. In a series of contradicting and intersecting stories, each presented in a different format, Minato shows her skill and versatility in weaving a tale of murder that will leave you holding your breath until the end.

Designer, illustrator, writer and avid zinemaker from Sao Paulo, now based in Tokyo. Passionate about all book-related things.