Tanaka Kinuyo, born in 1909, is one of the most successful and celebrated actresses in Japan. Whether you are a Japanese film enthusiast or someone who just watches films for fun, I bet you have seen at least one film starring Tanaka Kinuyo.

Google “Tanaka Kinuyo” and you’ll find a long list of over 250 films she was part of, and another long list of the most influential Japanese directors of all time — all of whom she collaborated with, such as heavyweight creators Kurosawa Akira, Ozu Yasujiro and Mizokuchi Kenji. Her acting career spans from the silent era, all the way to color films. We can even construct an entire Japanese film history course just by screening films starring Tanaka Kinuyo. 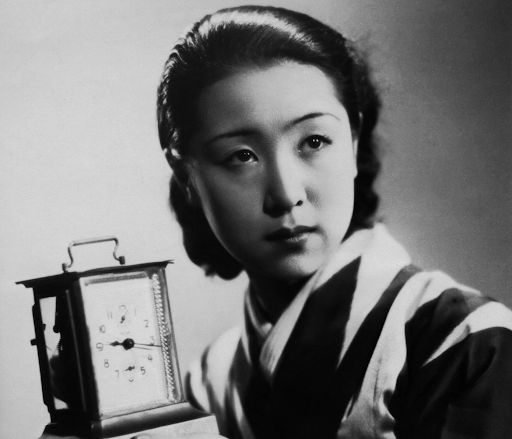 Papers, books, films… There are plenty of ways for you to know more about Tanaka Kinuyo as an actress. And this was how I learned about her in my film lectures: the most famous Japanese actress of the 20th century.

It wasn’t until last year (2021) that I saw a special screening program of Tanaka Kinuyo’s work at the Tokyo International Film Festival (TIFF). It was not a program of the films she acted in. It was an homage to the films she directed.

She was a director?!

Tanaka Kinuyo started her career as a director in the 1950s and she is the second female director in Japan’s film history. More importantly, directing wasn’t a “flash in the pan” for her; she directed six featured films.

To help you put things into scale: imagine all of a sudden we found out Kurosawa Akira was also a great actor. This is huge news.

So, I went to watch all of the 4K digital restored Tanaka Kinuyo films at TIFF:  The Moon Has Risen (1955,月は上りぬ), Forever a Woman (1955, 乳房よ永遠なれ), The Wandering Princess (1960, 流転の王妃), and Love Under the Crucifix (1962, お吟さま). The former two were black and white, and the latter ones were in Technicolor. 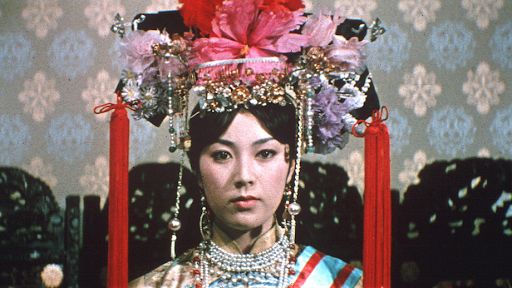 As a female director, her works center around female individuals across time, space and social status. For example, with a humorous tone, The Moon Has Risen explores the lives of sisters from a typical Japanese household searching for the love of lives in modern times. The Wandering Princess is based on the story of Hiro Saga, wife of the last Chinese emperor.  Love Under the Crucifix is a tragic love story of Ogin, the daughter of a Japanese tea ceremony master, Sen no Rikyu, and a Christian lord, Takayama Ukon. In Girls of the Night, she told the stories of the “red-light women.”

The work that struck me the most was Forever a Woman, as it portrayed a female poet’s struggle for love and freedom while suffering from breast cancer. Not only had Tanaka brought “breast cancer” and “how to be a woman,” openly to the table, both topics that are still considered controversial to discuss in Japanese films nowadays, but she also demonstrated excellent technical ability to tell her stories in a cinematic way as she intertwined the neighborhood of the post-war Japan with her characters. 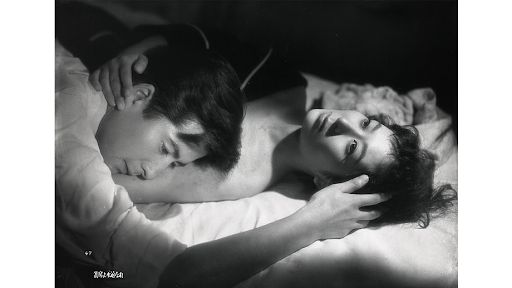 In short, Tanaka Kinuyo is a great female director who deserves all the prizes. I indeed enjoyed all her work. But this is where things became even more confusing. If she is so wonderful, how come I had never heard of her directing when I studied Japanese films? Did I miss any of my lectures?

Apparently, I didn’t — and I wasn’t the only one in doubt.

Program at the Academy Museum

During the Toyko Inernational Film Festival 2021 (TIFF), Christian Jeune (Director of Film Department/Deputy General Delegate Cannes Film Festival) mentioned that Kinuyo’s films were allegedly rediscovered during the 2019 Cannes Film Festival, and the Japan film world would later start to pay more attention to them. On the other hand, Tomita Mika (National Film Archive of Japan Senior Researcher) clarified that their institution has always been rightfully screening and advocating Tanaka Kinuyo’s work. Unfortunately, the films somehow never gathered much attention.

It is very difficult to pinpoint any reasons as to why this happened. According to Rondeau, this might be due to lack of availability, as actual films can wear out after repetitive screening and the resource for 4K digital restoration is limited.

Indeed, it was extremely difficult to find anywhere to see her films. I could barely find DVDs to watch the two films that were not screened at TIFF, let alone locate any online streaming platforms (only two of her six films are available on Amazon Prime).

Fortunately, as her works are now 4K digitally restored, there are no more excuses to ignore or exclude her work from Japanese film history. As her films now begin to travel the world to show what an extraordinary director she was, and as we start to research more about them, Kinuyo will soon become another important chapter of Japanese film history that every film student needs to bear in mind.