Yamanashi: The Wine Country of Japan

From Western tradition to local production

One thousand years ago, Buddhist monks’ attempts of wine-making probably ended up in vinegar. But fast forward a millennium (past the isolation era), and Japan’s wine-making is already making great strides, even winning international awards.

Grapes were first brought to Japan 1,300 years ago by Buddhist monks via China and the Silk Road. These fruits originated in what is today’s Georgia in the Caucasus region, however, due to the humidity and other factors, wine-making did not progress in the island nation. It was only at the end of the Sakoku (isolation) period and with the beginning of the Meiji era that the government started sending people to Europe to learn wine-making. Bringing back what they learned in Europe (tweaked to Japanese conditions) as well as fermentation facilities, Yamanashi Prefecture became home to the first wineries in Japan.

Government support for these efforts (to put Japan on the map of the world’s best wine-makers) didn’t stop after the Meiji era — the Japanese government is still backing wineries financially with subsidies, as well as helping with the PR abroad and simultaneously relaxing the process to get the certifications to open a winery. 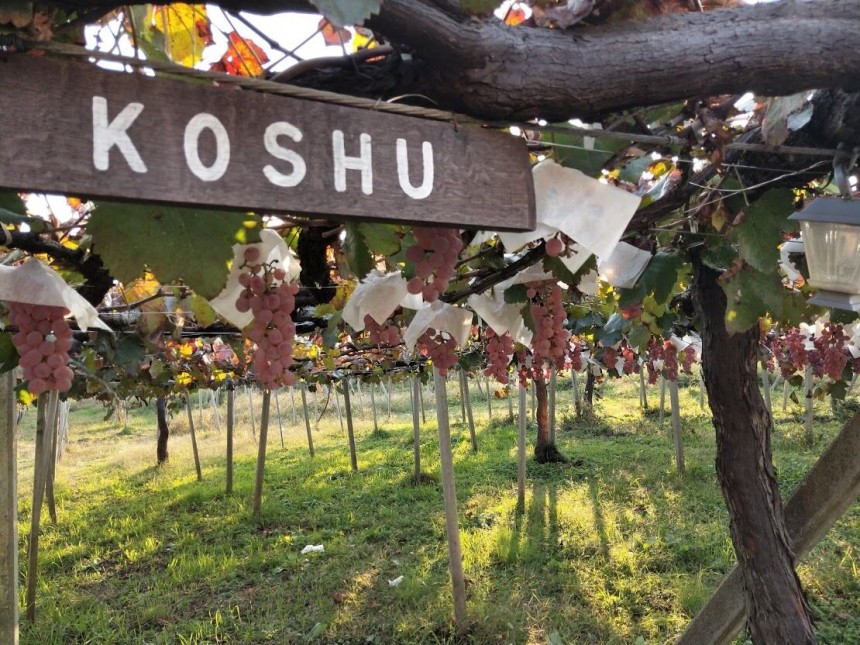 Today, there are over 60 wineries in Yamanashi, around the cities of Fuefuki, Kofu and Yamanashi. The wineries are so concentrated that one can easily walk between them, making this prefecture deserving of its nickname, “the wine country of Japan.” A wine resort is currently in the making, to ensure that wine lovers can come and spend more time here, visiting several wineries. Along with the native koshu grapes, in Yamanashi there are wineries growing all kinds of European grapes in their vineyards, both in trellises and hedge grow, making sure to give them the exact soil and the amount of sunlight they require.

The prefecture is also the sponsor and host of the Japan Wine Competition, taking place every July for more than 10 years now. The 2019 event will be held on July 17–18, followed by a public wine-tasting event in August, both open to anyone who wishes to attend. However if you can’t make either, many of the wineries have daily tours all year long. It takes only about two hours from Shinjuku Station, and a taxi from Isawaonsen Station to the wineries will only cost about ¥2,000. Visitors can also easily buy Yamanashi wines in Tokyo, but the wineries do have exclusive reserves that make a visit even more worthwhile.

With a 134-year-long history, Lumiere Winery stands among the oldest in Japan. Helmed by 5th-generation owner Shigeki Kida, the 30-hectare winery produces various types of wine, but Kida’s personal pet project, orange wine, has especially soared in popularity recently due to its unique taste and color; it’s the fourth type of wine after red, white and rose. Despite its novelty and newfound fame around the world, orange wine has been made in Georgia for thousands of years, and in Slovenia for centuries. It’s made by leaving the skin of white grapes in during initial fermentation. The liquor has been described as robust and bold, with a honeyed and nutty aroma, and is famously well-paired with a wide range of foods. Made from native white koshu grapes, Lumiere’s orange wine can be sampled and bought by the bottle in their winery. Their tours are very foreigner-friendly and are conducted in English several times a day.

Aside from their vineyards and cellars, Lumiere has a stone fermentation tank dating back to the Meiji era, made from the same stones as Japanese castles. It’s not only a testament to history, but is still used to this day to make wine as they did in the old times — though now it’s used only once a year. Locals are invited to participate in one particular wine-making process, in which Shinto rituals have also been incorporated. Your efforts will result in a wine they have named Ishigura, playing on ishi (stone).

To top it all off, the winery is home to the Restaurant Zelkova, where a chef prepares French dishes that pair well with Lumiere wines. They occasionally tweak the recipes to include uniquely Japanese ingredients and have even developed unique products like the red wine-infused bacon. One of the oldest wineries in Japan is definitely not afraid of innovation. 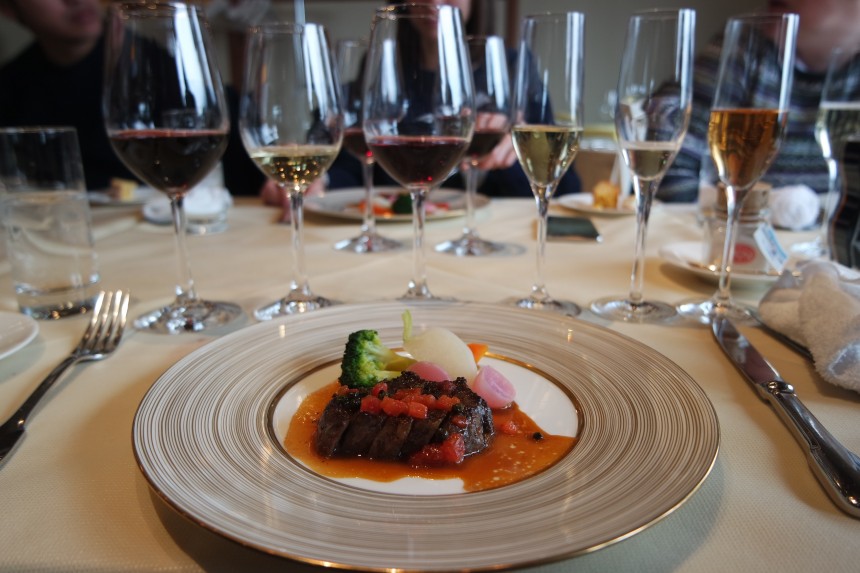 Wine Across Borders – an Insight into the Japanese Wine Market

In between visits to Yamanashi, or in preparation to visit, you can buy Japanese wines in Tokyo, but keep an eye on the labels. There are laws in place to make sure the customer is properly informed: the wines that garner a “made in Japan” label must have been produced in Japan from scratch. That means the grapes have been grown in Japan and the fermentation and aging processes have taken place in Japan. Today, 70 percent of the wines on the Japanese market are imported and only 6 percent are proudly Japanese wines.

“What about the rest?” You might wonder. That is where collaboration wines come in — these wines are fermented and made in Japan, but the grapes are imported from abroad, for instance from Chile. This lowers the cost of the wine while still ensuring a good quality and also enabling the wineries to create a range of prices that can cater to everyone’s budget. This means that a label might read “Japan & Chile wine,” thus giving recognition to the countries that produced the excellent grapes for the wine. 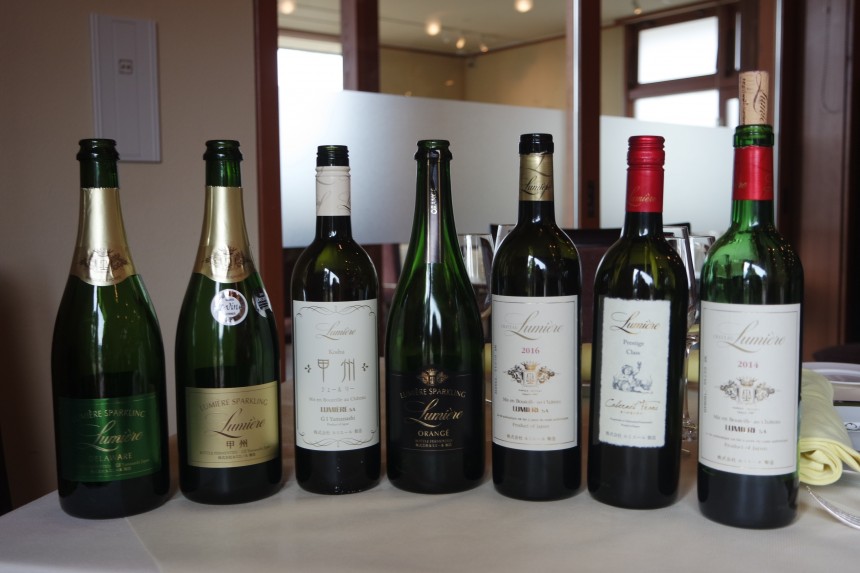 Let’s end with a bit of history from the wine world. The Paris Wine Tasting of 1976—known as the Judgment of Paris—was a wine competition between French and Californian wines. Judges were supposed to blind taste both, almost in jest, as it was a common belief back then that French wines were well above all other wines in the world. Shockingly, Californian wines won. Careers of sommeliers were ruined, but the wine world learned a lesson: to acknowledge that newcomers have quality. So, to all the doubters out there, don’t knock down Japanese wines until you’ve tried them. Yamanashi Prefecture has cellars full of the stuff, waiting. Kanpai.

Sometimes a poet, sometimes a hater. Always a coffee person. Loves wandering around Tokyo and taking photos of cool corners, but especially of concrete walls. See her daily snaps at https://www.instagram.com/zoria_in_tokyo/