Ako: Spend a Weekend in a City of Legends

Located on the coast between Himeji and Hiroshima in Hyogo Prefecture, Ako is a city of legends, culture and tradition. It’s the place where, back in the 18th century, one of Japan’s most famous historical episodes took place: Ako jiken, or the revenge of the 47 ronin. However, beyond this, it’s a city entrenched in history and traditional coastal life — think relaxing hot springs with stunning sea views, local seafood, seaside parks, ancient shrines and coastal hiking trails.

Built in the 17th century, Ako castle still stands today, but now it’s surrounded  by the modern buildings of Ako’s city center. Nestled in the castle grounds are the Honmaru and Ninomaru Gardens and the Oishi Shrine. This shrine is dedicated to Oishi Kuranosuke and the other 47 ronin. It’s a popular spot to visit today, even in the 21st century, as the story of the samurai who avenged their master’s death, then committing seppukku (ritual suicide), embodies the loyalty, sacrifice and honor that Japanese people still hold as part of their national identity and heritage.

Ako’s history runs much further than this though, right back to the sixth century in fact. To discover it, grab your walking boots and head halfway up Mt. Chausu to Myokenji Temple. Here, you’ll find Osake Shrine, which is dedicated to Hata Kawakatsu, a powerful figure of the sixth and seventh century, who was enshrined as a Shinto deity after his death. 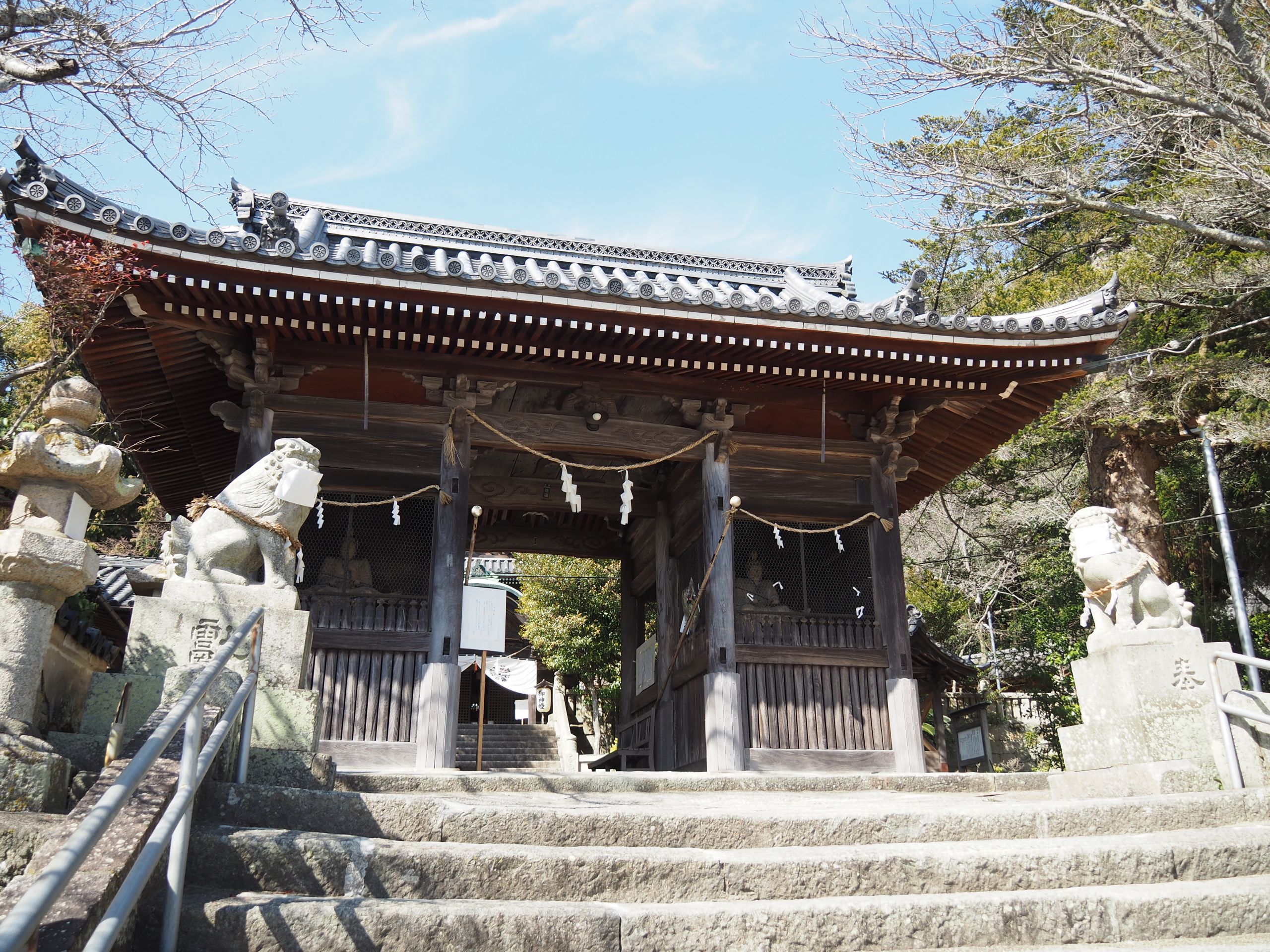 If you’re keen for a longer hike, continue up Mt. Chausu along the Sekibutsu Junrei Trail. This route takes you to the top of the mountain, where you’ll be rewarded with stunning views over Sakoshi Bay and, if you look west, the Chikusa River and Ako City. The stony trail makes the hike feel like a real adventure, but don’t worry as it’s lined with Jizo Bosatsu statues, which are believed to protect travelers. 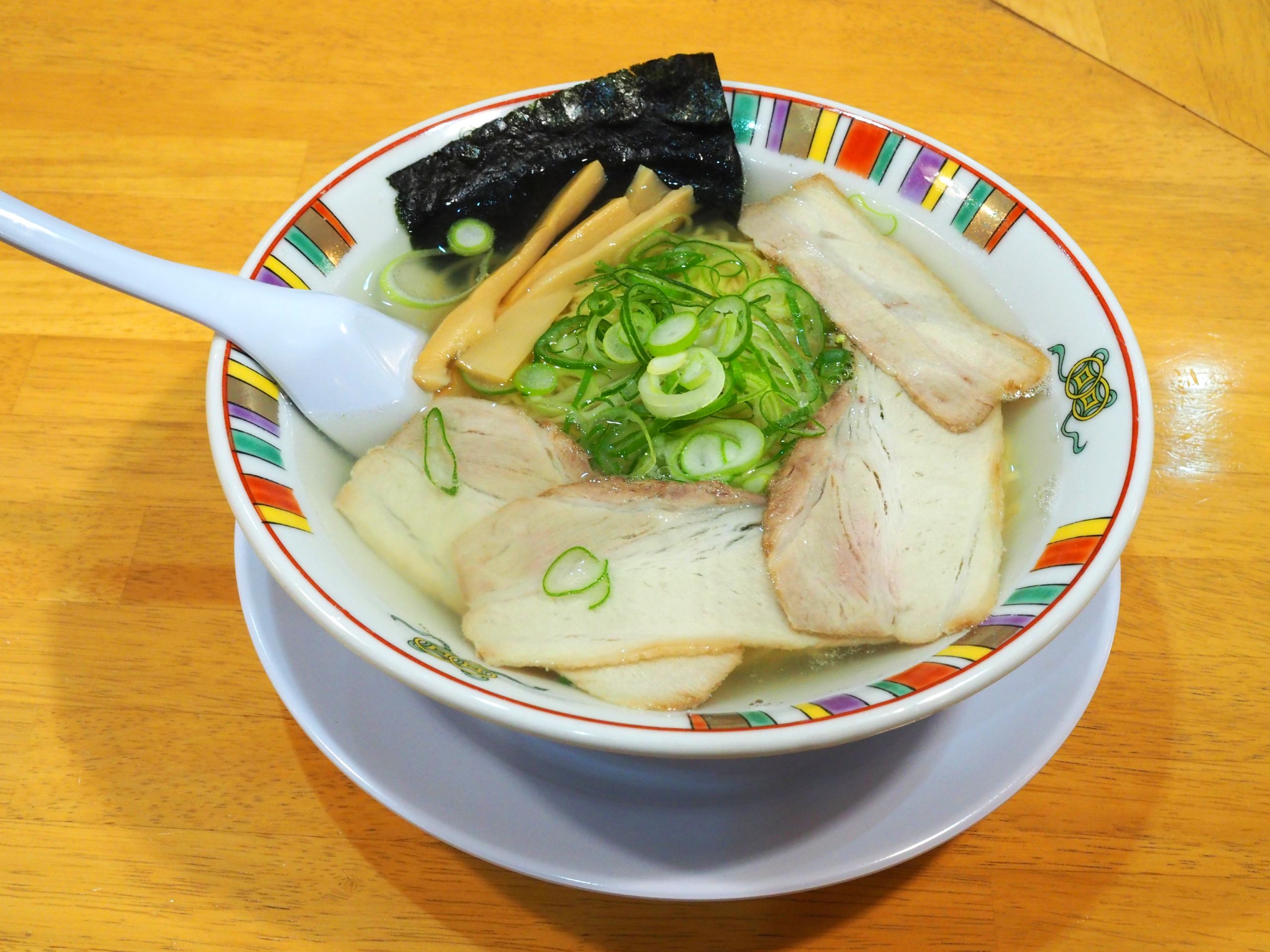 To refuel after your exploring, head back down the mountain and try out some of the city’s many local dishes. In particular, no trip to Ako would be complete without slurping up a bowl of steaming shio (salt) ramen, and the best place for that is near the station at Ako Ramen Menbo. The city has a long history of salt production and Ako Ramen Menbo has spent years perfecting its light, salty ramen broth. Compared to miso or pork bone-based ramen, shio ramen is lighter and has a more delicate taste. The basic variation served at Ako Ramen Menbo is topped with nori seaweed, fermented bamboo shoots, spring onions and thinly sliced simmered pork. 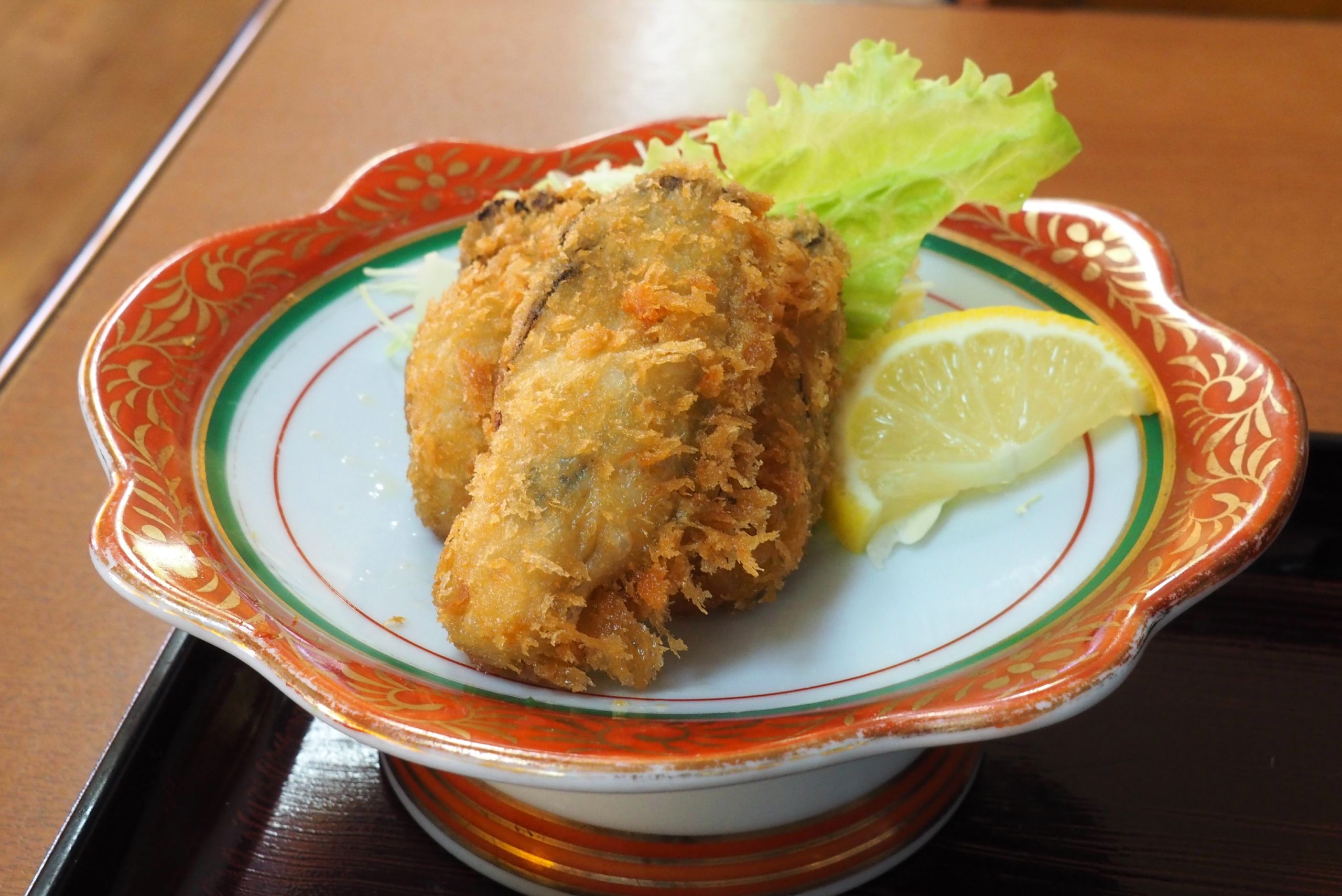 Ako is also famous for its oysters, and Kuidoraku is a restaurant by the sea that serves up these delicacies all-year-round. You can’t get closer to fresh and local than at Kuidoraku, as all the oysters are caught from Sakoshi Bay. Grill the oysters directly at your table or try some of the many other ways the oysters are served, such as deep-fried, marinated in vinegar, simmered in a miso hot pot or steamed in their shell. Whichever  option you choose, enjoy your oysters with side dishes of sashimi, miso soup, pickled vegetables and rice. 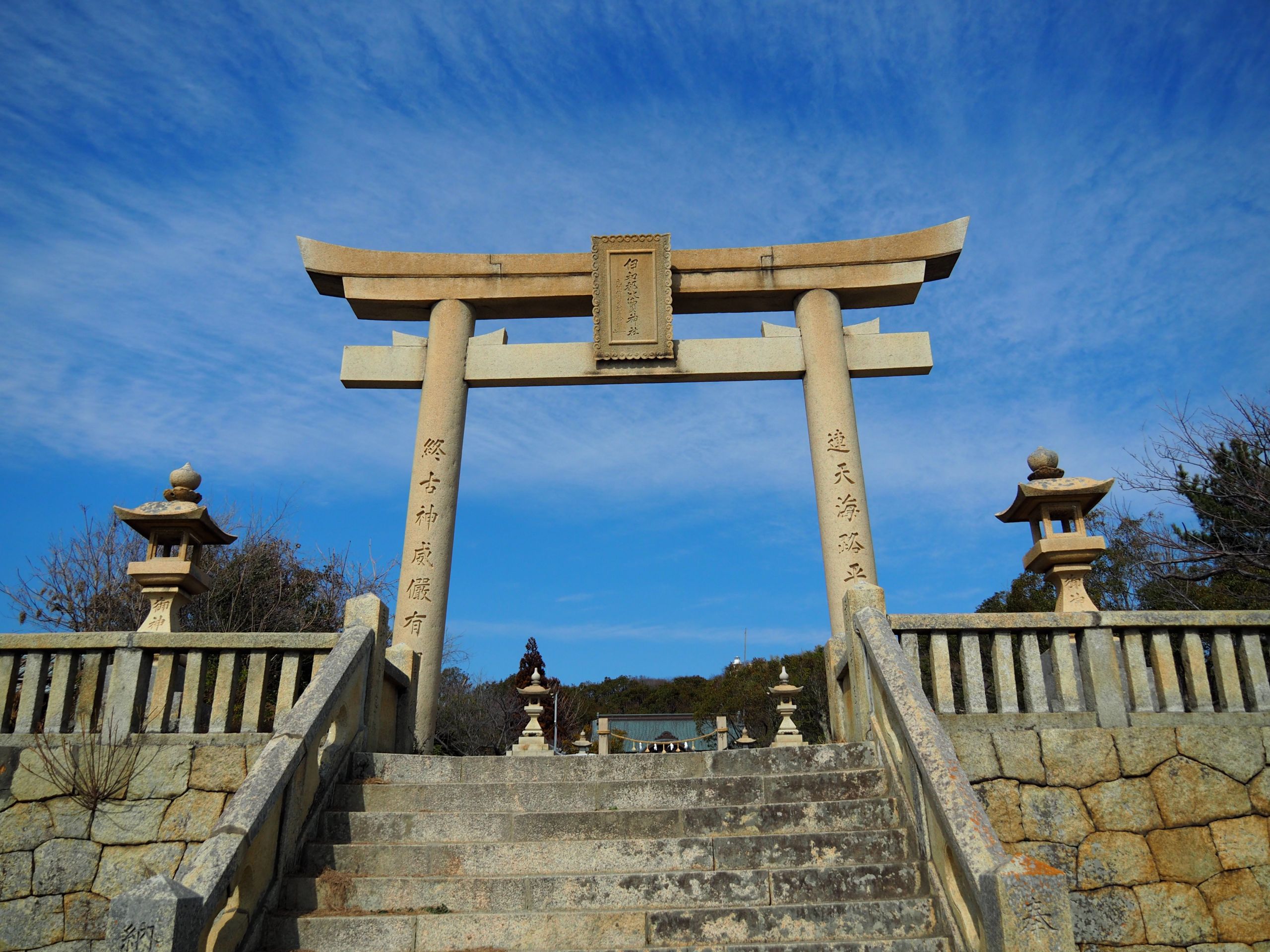 A small market neighbors the restaurant if you’d like to buy your own oysters or other kinds of fresh, local seafood, but head to Kirakira Saka (Glistening Slope) if you want to do even more shopping. This scenic road down to the coast is lined with charming independent cafes and accessory shops. From here, you can also visit Iwatsuhime Shrine, which has existed since the Heian period (794-1185), but was moved to its current position in 1683.

During the Russo-Japanese War, a general of the Imperial Japanese Navy came to this shrine to pray for victory, and to this day many worshippers come here to pray for safe sea travels and a good haul of fish. So be sure to purchase an omamori (lucky charm) if you’re planning on any epic battles against empires or reeling in giant tuna (or maybe just buy one to wish for something more low-key, like good health, strong relationships and safe travels). 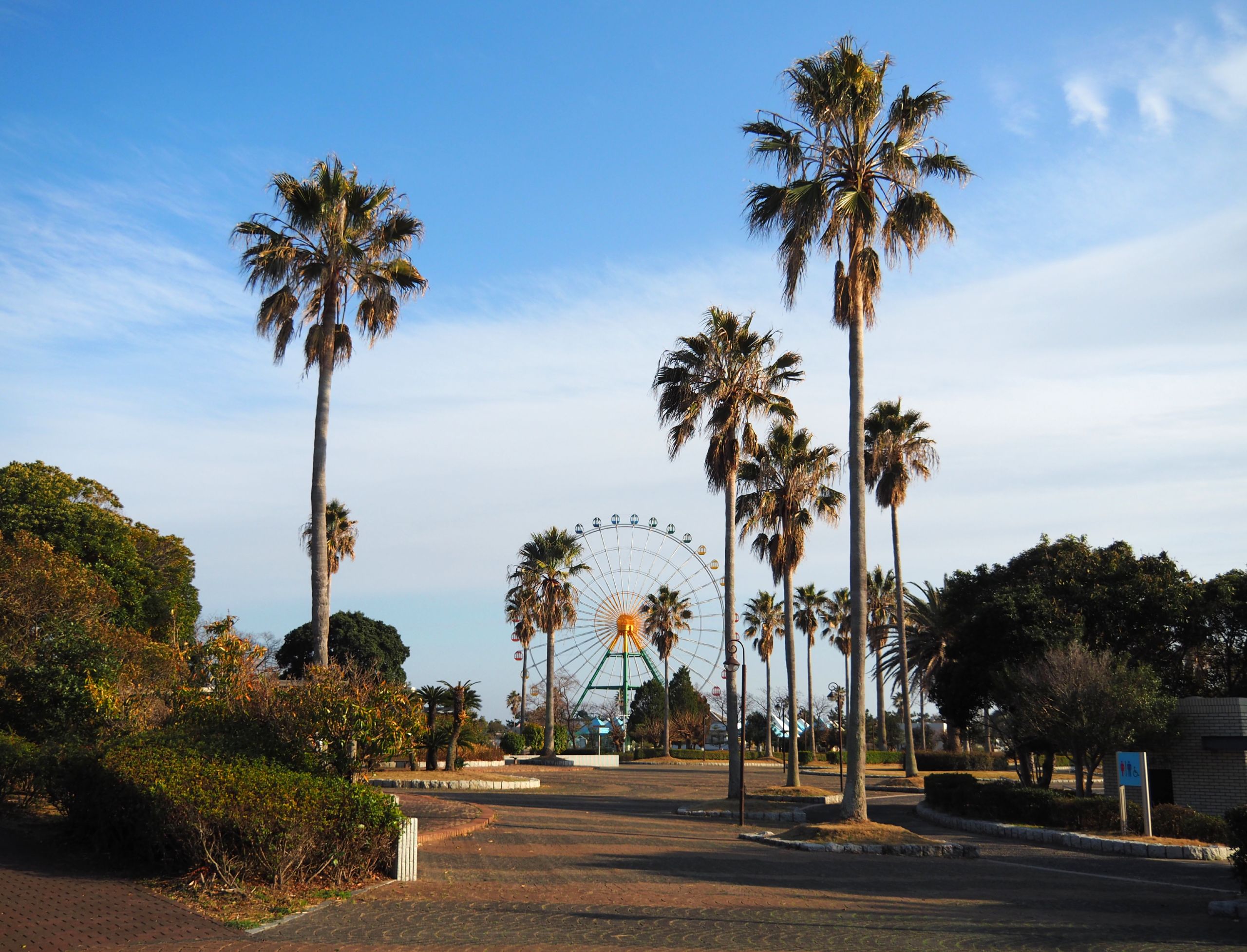 Ako Seaside Park is a little further around bay from Iwatsuhime Shrine and is a spacious park with an artificial lake. It’s popular with locals and visitors alike, especially families, as there is a small amusement park, obstacle course, playground and tennis courts. The Country of Salt and the Marine Science Museum are also located here. 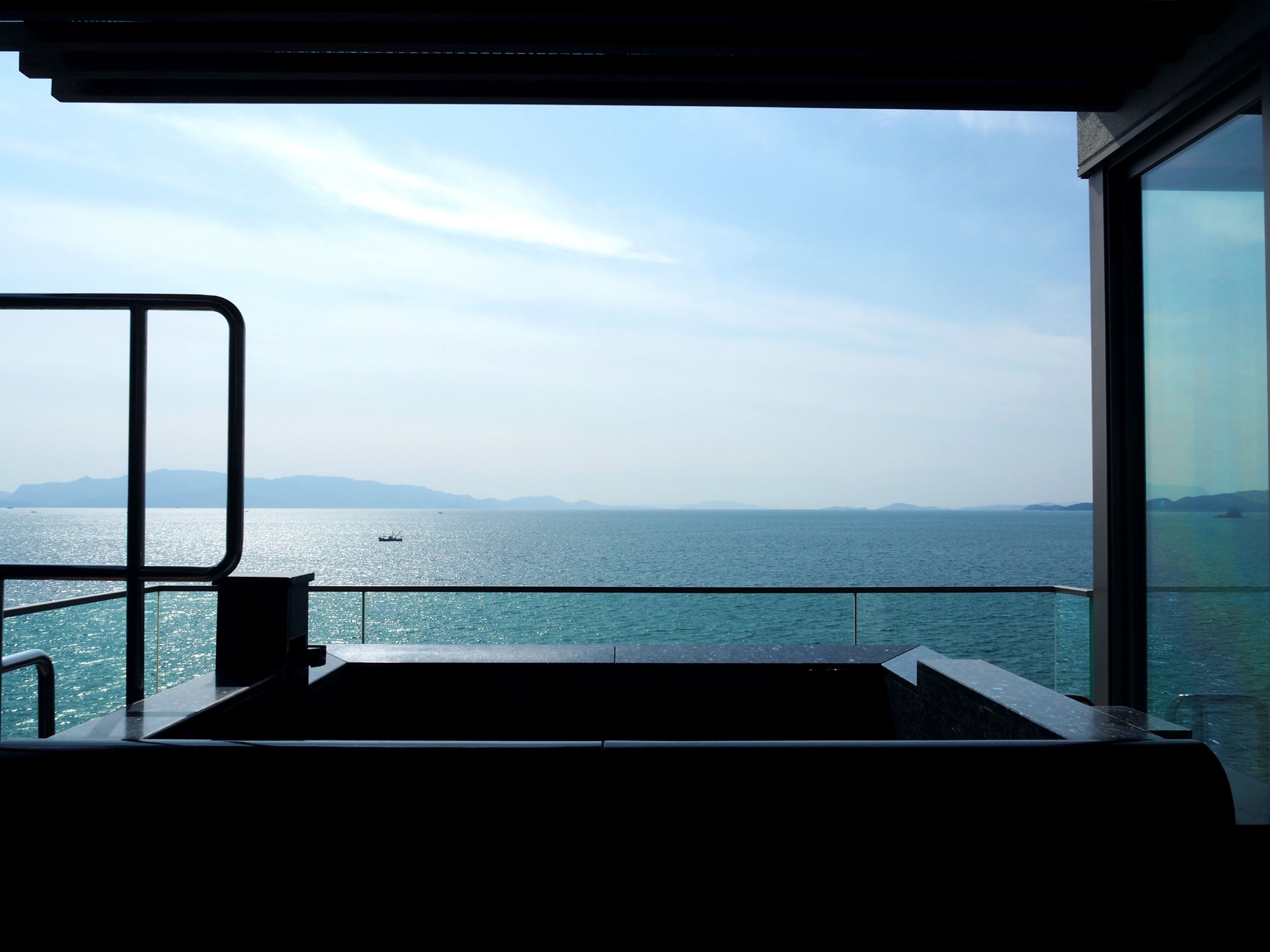 Ginpaso hotel has beautiful views across the Seto Inland sea

Watch the sunset over the Seto Inland sea before heading to relax in Ginpaso hotel’s onsen (hot springs). This Japanese-style accommodation’s onsen water has a high level of calcium, sodium and chloride, which is said to help against various ailments. For the best views over the sea, relax in the Tenku no Yu open-air bath. It’s designed as an infinity pool so the water of the bath merges with the sea and the sky in front of you. If you stay in the “Tenku” room on the sixth floor, you can even soak in your private hot spring bath.

With so much to do, it’s easy to spend the whole weekend immersing yourself in Ako’s sights and culture. Access the city from Hiroshima via the Tokaido-Sanyo Shinkansen, transferring to the Ako Line at Okayama (around one hour and 30 minutes). To reach Ako from Himeji, take the Sanyo Line local train to Banshu-Ako Station (around 20 minutes) and, if you’re coming from Tokyo, take the Tokai-Sanyo Shinkansen to Shin-Kobe Station and Sanyo or Ako Lines to Ako Station (around four hours).