There’s a distinct spiritual leitmotif which runs through AoyamaTreehouse, a new membership space which sits on top of Aoyama-Itchome Station. It’s a curious place, replete with a stylish private members bar, curated restaurant Arbor and, most importantly, areas designed for “Mindfitness” and innovation. Mindfitness is based on the notion of “light Zen” which is an active philosophy implemented to discard the solipsism which has ingrained itself into global society. Tom Pedersen, deputy president and COO of GlobalTreehouse (parent organization behind AoyamaTreehouse), in a recent interview with Metropolis, says, “It’s less about me and more about we.” 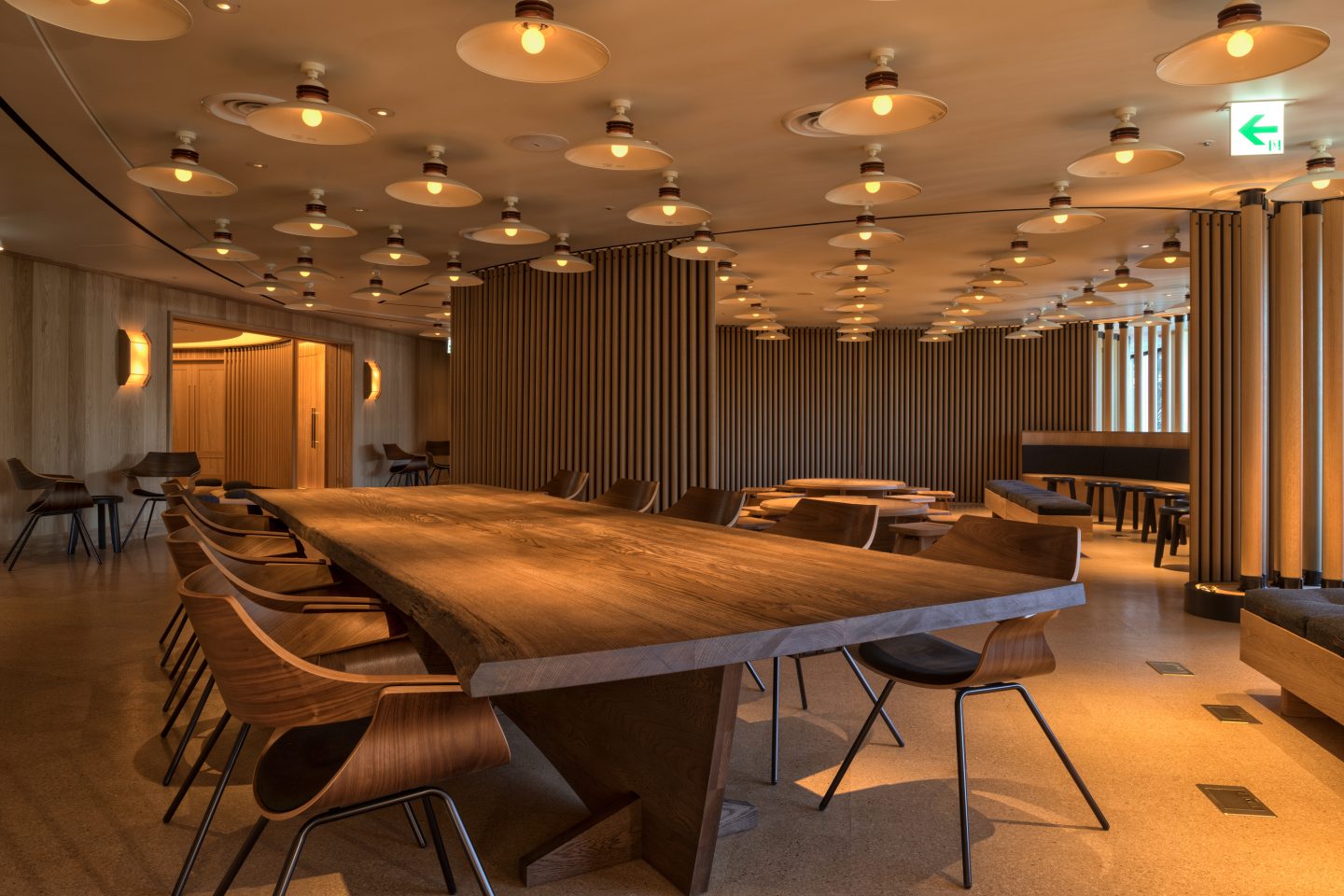 Designed by Roman and Williams, the beautiful interior fosters a new working experience.

AoyamaTreehouse is, ostensibly, a space for business leaders and global innovators to reconsider how they work, think and strategize in addition to liaising with executives and organizations — strengthened by the company’s motto “Better you. Better organization. Better world.” The philosophy behind GlobalTreehouse comes from Masamichi Yamada, a Zen master, chairman of Itoki Corp and former board member of Bank of Mitsubishi UFJ. Yamada is also the co-founder and director of GlobalTreehouse and explains the philosophy of Mindfitness as, “a Zen-based meditation technique developed by Treehouse which elevates the mind to concentrate and focus on leadership, creativity and innovation.” 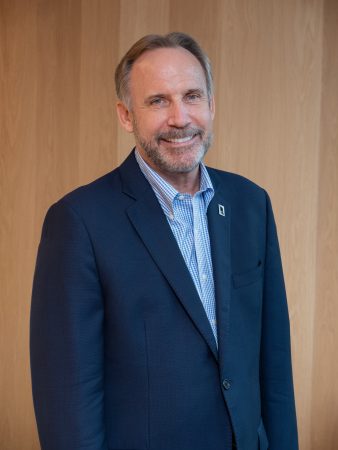 The venture also has an impressive and experienced list of collaborators and investors. Itoki, SYPartners (headed by former Apple and NeXt Computing visionary Keith Yamashita) and New York-based design firm Roman and Williams.

AoyamaTreehouse is beautifully designed by Roman and Williams and the attention to details and dramatic aesthetic through line permeates the building as a whole. One of the most surprising aspects of GlobalTreehouse is that the four founding partners have mostly financial industry backgrounds. Yamada and his business consorts have been successful bringing “light Zen” to many global companies and have serious, deep connections with organizations including Harvard Business School and major global companies.

Through meditation, trained ‘guides’ assist members to “strengthen inner-self and source power to change.” Pedersen explains that the curriculum used at AoyamaTreehouse is based on empathy and aimed at making better business leaders and is, essentially, a contemplative space and community for members. The current curriculum and member experiences are provided in both Japanese and English, and AoyamaTreehouse welcomes foreign businesses or senior executives and plans to implement more bilingual programs and events. Some of the recent events held there include seminars about business topics, wellness, noh drama for business, calligraphy and creativity.

Mindfitness is based on the notion of ‘light Zen’ which is an active philosophy implemented to discard the solipsism which has ingrained itself into global society.

AoyamaTreehouse memberships come in the form of team, community and individual packages, depending on the approach. An added bonus for the operation, which officially opened earlier this year, is that the Team GB (Great Britain) Olympic team is set to use the 2nd floor of AoyamaTreehouse for its official base for next year’s planned Tokyo Olympics. In a real coup for the company, team GB is sure to illuminate the premises over the month-long, global event. 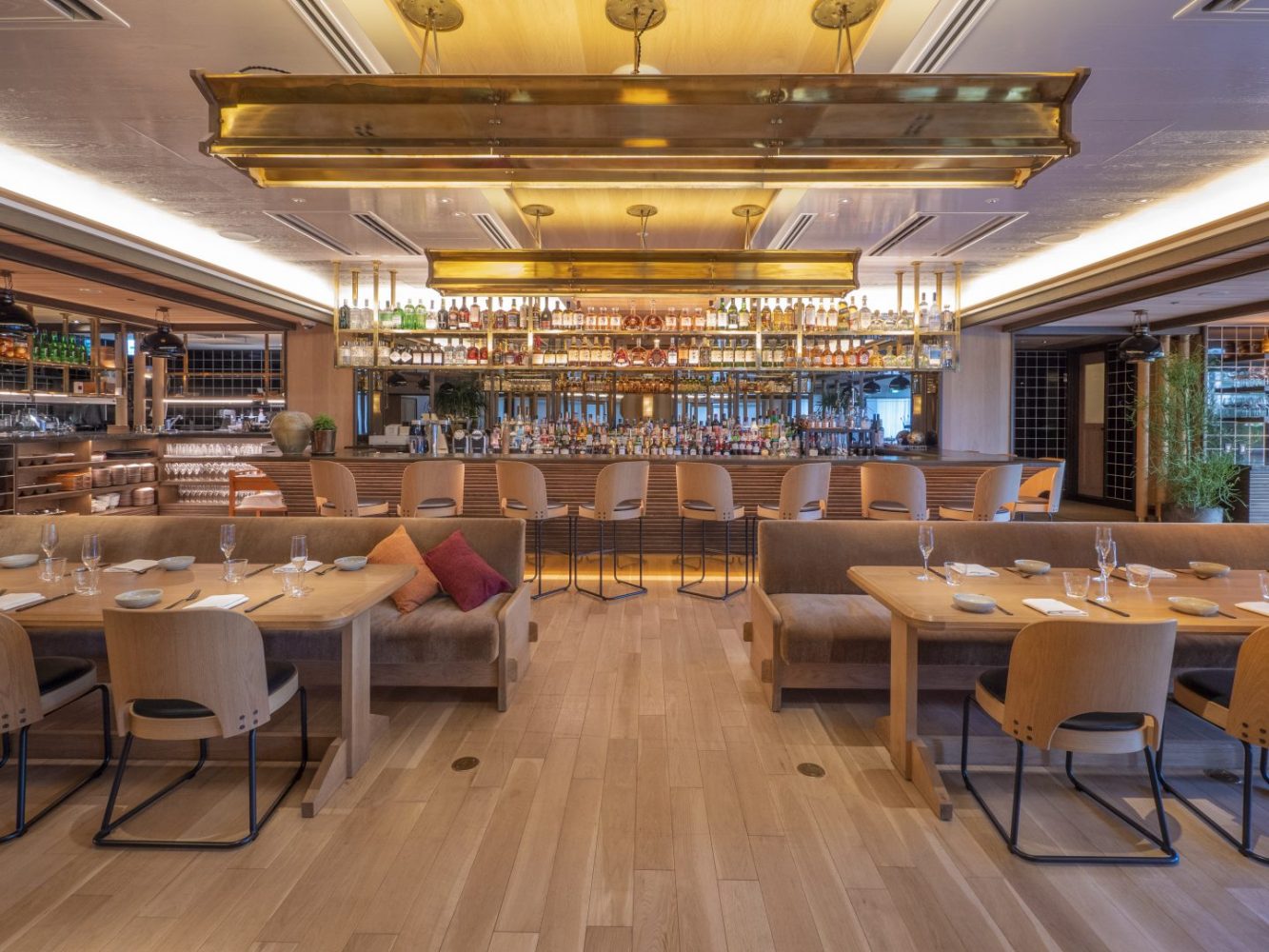 AoyamaTreehouse has also set very strict social distancing measures in place with large, airy rooms which are carefully sanitized subsequent to each meeting or event. Usually only six members are allowed in each room at the same time to nullify any possible risks. The stylish and elegant space also plays host to Arbor, a French-inspired restaurant headed by Executive Chef Makoto Irie, a veteran of numerous Michelin three-starred restaurants in France. The sophisticated menu also includes an array of vegetarian and vegan dishes. Arbor’s ingredients are carefully chosen and sourced from Japanese farms to ensure a fresh farm-to-table experience. The eclectic menu can also be accompanied by original cocktails and mocktails which complete the Arbor experience.

AoyamaTreehouse, then, is a welcome addition to the Japanese capital and if it succeeds with its mission the business innovation which results could have a profound effect on the corporate landscape of Japan and its key players.

The stress-free way to find your perfect Tokyo home