A look at what’s going on this month

Climbing Mt. Fuji and want to post a selfie from the top? Internet service providers Wire & Wireless are now offering free Wi-Fi at 49 spots around Mt. Fuji, including all mountain huts and along several hiking routes. Users will be asked to register with their information or social media account, while Wire & Wireless’ Travel Japan Wi-Fi app automatically connects your gadget to the Fuji network. The network will be accessible until September 10, giving hikers ample time to live-tweet their treks.

The Tomodachi Honda Cultural Exchange Program offers Japanese students from disaster-stricken areas in the Tohoku Region a chance to visit the United States for two weeks. The Honda Motors Co.-funded initiative allows visiting students to be immersed in American culture through music and interaction with locals. This year’s Tomodachi program will bring students to Los Angeles, where they will homestay with a local family, visit U.S. corporations and schools, and participate in the Rose Parade. To apply or learn more, visit http://usjapantomodachi.org.

CI Japan, the Japan branch of the Conservative International non-profit devoted to environmental and wildlife protection, has launched its Donate 4 Birds project. The initiative asks Twitter users to donate their account to get the word out; or to collect donations from social media users. The proceeds go toward funding CI’s efforts to protect several species of birds on the brink of extinction “due to human activities.” To get involved, visit http://donateforbirds.com/en/.

On July 15, French nationals in Tokyo gathered to hold a vigil outside the French ambassador Thierry Dana’s residence, to pay their respects for the lives lost in last month’s Bastille Day attacks in Nice. The attacks, which were carried out by an assailant driving a truck into crowds on the French national day, resulted in the deaths of 84 people. A memorial service was also held on the same day at the French Embassy in Tokyo, which was attended by approximately 300 French expats.

A recent plenary session of the U.S.-Japan Conference on Cultural & Educational Interchange (CULCON) announced new measures to ensure the alliance’s 2013 goal to doubling two-way student exchanges between the two countries. Student exchange numbers have significantly dropped this century, notably among Japanese studying in the U.S.—Japan once being the biggest demographic of foreign exchange students in U.S. universities. U.S. Ambassador to Japan Caroline Kennedy, who spoke from a podium at the stately Mitsubishi-Kaitokaku manor in Shinagawa, also announced a new initiative by the American Chamber of Commerce in Japan (ACCJ) to implement U.S.-style internship programs within Japan-based U.S. companies for Japanese-U.S. exchange alumni. http://culcon.jusfc.gov/. 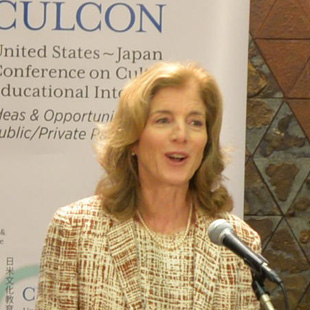 The Run for the Cure Foundation, a government-registered non-profit aiming to eradicate breast cancer through raising awareness and timely screenings, is holding a Casino Night fundraiser at the Ritz-Carlton Tokyo on September 2. The event will offer an evening of casino games, live entertainment, and food; and proceeds go toward raising funds for the Foundation’s outreach programs. Feeling like giving back? Register by August 26 at http://runforthecure.org/en/casino-night/.

Hands On Tokyo will be holding the Minato Kids’ Cafeteria Project on August 31 in two sessions from 9:45am to 1pm and 12:45 to 5pm. Children are invited to come along for a fun-filled day of activities and exchange, where they can  learn from each other while volunteers assist them in creating culinary masterpieces to eat and enjoy. Volunteers over the age of 16 and with basic Japanese language skills are still required for the afternoon session. Those interested can e-mail info@handsontokyo.org. www.handsontokyo.org/en.

Do you enjoy wine? Silly question; of course you do! Tokyo Wine Events holds regular wine-appreciation dinner/seminars at various restaurants across Tokyo. Held at the prestigious ARGO, this month’s event (¥11,980-¥14,980), on August 27, pits two European wine-producing giants—Italy and France—against each other for a night of tasting, comparing, and savoring. Special guest Francesco Puglia, an Italian wine specialist, will take patrons through the various samples throughout the evening—hopefully without bias—to help gain a better understanding for the beloved drink. The seminar also includes a carefully-paired dinner, featuring Fried Cod with Cajun Spices, Steak, and A Trio of Pyramids for dessert. Connoisseurs of all levels welcome. www.tokyowineevents.com.