One of Japan’s most breathtaking coastlines is the Sanriku Coast, a dramatic, rocky stretch of the Pacific coast that spans four prefectures in Tohoku. The shoreline within Iwate Prefecture is particularly beautiful, with countless inlets and coves, and has long been a popular travel destination. But tourism in the area came to an abrupt halt on March 11, 2011, when a devastating tsunami struck the coast, taking out key infrastructure along with thousands of lives. For many years, the tourism industry necessarily took a back seat to reconstruction.

But Iwate is back. The coastal roads have been rebuilt, there are all-new hotels and, this month, the scenic Sanriku Railway will open a brand-new stretch of track that connects the northern and southern regions of the coast. The friendly local rail company is a lifeline for residents but also welcomes tourists and train buffs with fun services and programs. Drivers routinely bring trains to a stop at scenic points so riders can take photographs and enjoy the view, and on weekends and holidays they offer gourmet lunches in a special car.

To commemorate the expanded rail service, Iwate is throwing a party this summer, with a host of special events planned from June 1 to August 7. Of note is the All Iwate Matsuri, to be held in Miyako City July 13-14, when performing groups from every municipality in the prefecture will come together to present their traditional performing arts, including the Tora-mai tiger dance. This is a rare opportunity to sample a variety of folk culture all in one place. For music lovers, the highlight of the coastal summer fest will be performances by the very talented young musicians of the Super Kids Orchestra, directed by renowned conductor Yutaka Sado. 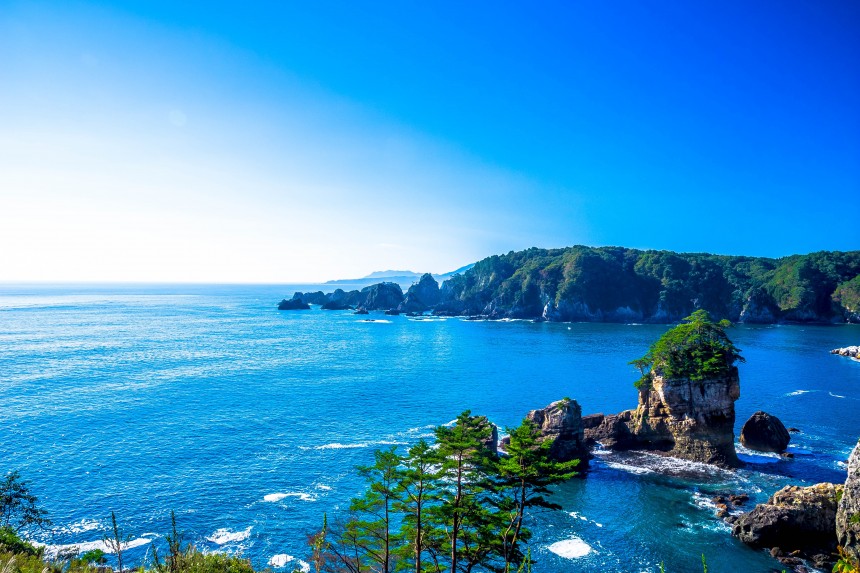 Another development bound to boost tourism in Iwate is the upcoming completion of the Michinoku Coastal Trail, a hiking route that runs approximately 900 kilometers from the southern part of Aomori Prefecture through Iwate and Miyagi into Fukushima Prefecture. A national government project intended to aid reconstruction, portions of the trail have already been open for several years — but hikers had to walk on roads to bypass segments still under construction, which will no longer be necessary when the trail is finished early this summer. An information center will open in Natori in June (near Sendai and the southernmost access point to the trail). English-speaking staff will be able to answer questions and assist with lodging reservations. There will be satellite offices at Goishi Kaigan, Jodogahama, Kitayamasaki and Tanesashi, although English there will be more limited.

I hiked a portion of the trail with my family last fall and visited again last month. The scenery is spectacular and there are activities available at regular points, should you want a break from hiking. With a little more development and promotion, I believe the Michinoku Coastal Trail has the potential to be as popular with foreign hikers as the Kumano Kodo and Nakasendo routes. But for now, it’s virtually undiscovered: in three days (over a holiday weekend) we didn’t pass any other hikers at all.

Not everyone will have two months to hike the entire trail, so I recommend looking at the attractions along the way and choosing a stretch that appeals. There are many opportunities to learn about the 2011 disaster, including the Tsunami Memorial Park Nakanohama along the North to Central Miyako Section. There are also hands-on experiences, and you can enjoy traversing the tunnels that were hand-dug between coves before the war, to facilitate the harvesting and transport of sea products. Headlamps are a must in these tunnels, which are on the South Fudai to Tanohata Section. Don’t enter if the sea is rough. 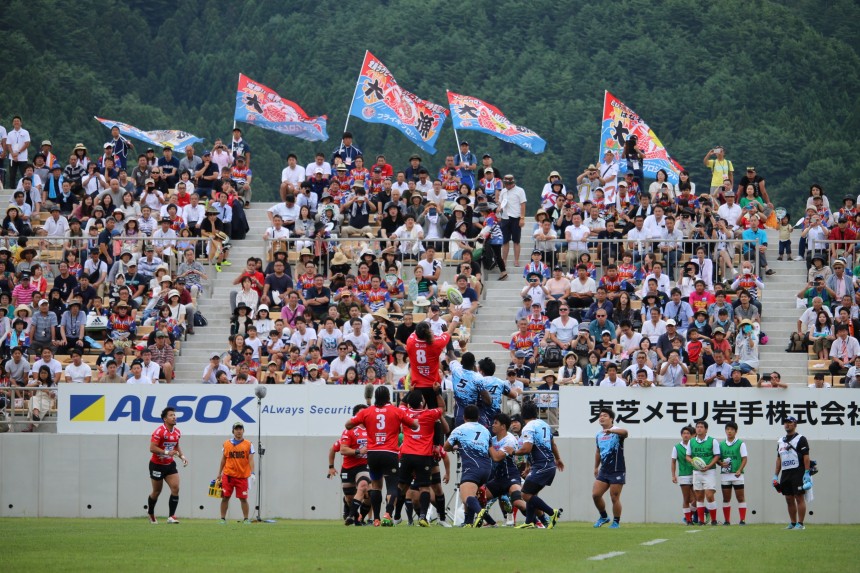 Go for the Rugby

Sports fans may find their reason to visit Iwate in the upcoming Rugby World Cup. The city of Kamaishi will host the Fiji vs. Uruguay match on September 25 and the Namibia vs. Canada game on October 13. The crowds are bound to be enthusiastic as Kamaishi is one serious rugby town, home to the now defunct Nippon Steel rugby club, which won seven consecutive national championships from 1979 to 1985. Today, Kamaishi has a new club (the Kamaishi Seawaves) and a brand-new stadium built especially for the Rugby World Cup. The outdoor arena has a permanent capacity for 6,000 spectators and 10,000 seats will be added for the Rugby World Cup matches. Even so, tickets are expected to sell out quickly. Fortunately, there will be a special “Fan Zone” in Kamaishi City Center, open every match day during the Rugby World Cup, where fans can come together and watch the current match live on big screens. And if you just can’t wait for the Rugby World Cup, Kamaishi will also host the Fiji vs. Japan match on July 27 as part of the Pacific Nations Cups.

The Sanriku Coast encompasses a large geographic area so there is no single access point. Most people enter Iwate’s coastal area via Hachinohe, Morioka, Shin-Hanamaki or Ichinoseki, all of which are served by the Tohoku Shinkansen.

Tickets released to date for the matches in Kamaishi are currently sold out, but a new round of tickets is expected to be made available in May. For updates, check en.rugby-Japan.jp. The Fan Zone in Kamaishi will be open September 20 – October 13, October 19 – 20, October 26 – 27 and November 1 – 2.