Nickelback is sounding a little different these days. The distortion guitar-driven tunes—interwoven with frontman Chad Kroeger’s gravelly vocals to form the band’s signature pop-rock sound—are kept to a minimum on their latest release, No Fixed Address. Instead, the album finds the rock outfit exploring a more eclectic array of genres.

Each track’s driving force, however, is the bass line provided by Mike Kroeger, which packs in the punches where necessary. The bassist—and brother to Chad—talks to Metropolis from his home in Hawaii, weeks before embarking on the Japanese leg of Nickelback’s No Fixed Address Tour, which brings the band back to Tokyo for the first time in nearly three years. 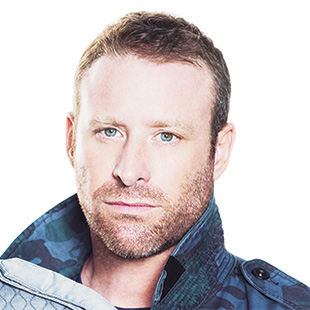 “We’ll just be finishing up in Australia and coming up to Japan for two shows, Tokyo and Osaka,” confirms the Alberta, Canada, native, expressing an excitement he attributes to the dedicated fans to whom the band’s concerts beckon.

For the show, Kroeger confirms that the band will perform their famous hits, alongside four songs from No Fixed Address—an album that has Nickelback trying on various genres for size. They go electro-country on “Sister Sin,” disco on “She Keeps Me Up”—which sounds like the lovechild of Maroon 5 and The Scissor Sisters—and funk in “Got Me Runnin’ Around,” an unexpected number that features a horn section and a rap break from Flo Rida.

Kroeger says the album’s eclecticism stems from the band’s varied musical tastes, which allows them to switch styles with more ease.

“Our drummer [Daniel Adair] is a metal head as well. He’s also into progressive jazz and that sort of thing. Our guitar player, Ryan [Peake], is really into things like country and western music, and pop music. And Chad is into classic rock songs and things of that nature; and heavy metal as well.” 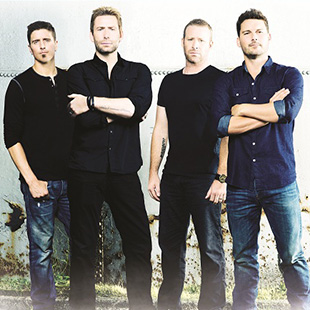 When asked about his own music collection, Kroeger reveals, “You would find things like Skrillex or Meshuggah. I actually have some traditional Japanese songs on my iPod—‘Sakura,’ and things like that. There’s some Brazilian capoeira music that I listen to. I listen to all kinds of weird stuff. People don’t know what to think when I start playing music for them. It goes everywhere from Bing Crosby to Anthrax.”

Additionally, Slayer and James Brown are musicians Kroeger cites as influences. The Godfather of Soul, in particular, shaped Kroeger’s bass work, growing up.

“When I first started playing the bass, I listened to only James Brown for like five years. All I would listen to was James Brown. It was crazy; I was kind of addicted to it. So when it came time to play something like ‘She Keeps Me Up,’ all the James Brown training came in handy.”

Although it’s apparent Kroeger’s having fun with Nickelback’s new musical direction, he’s still happy to be performing their earlier hits as they highlight the band’s evolution.

“I think Chad has gotten to be a better and better songwriter over the years,” says Kroeger, who co-pens some of Nickelback’s material with his brother. “You can hear it in the writing, in the lyrics that he’s put forth—and that we’ve put forth as a band.”

As Nickelback explores new ground, Kroeger looks to the future with hopes that both the band and he will be remembered for their solid musicianship.

“I would hope that it would just be recognized that we, as Nickelback, and me also, that we served the songs. We did what the songs needed us to do,” Kroeger professes, continuing that the music should always be the focus. “It’s way more about giving the song what it needs to be the strongest and best song we could create.”