Being Chinese in Japan

Interviews with Chinese residents in Tokyo

To live abroad may bring excitement, knowledge and personal growth. However, it can also expose us to national stereotypes and issues concerning international relations. Japan and China are two countries that share a rich, complex history. In the shadow of ongoing diplomatic disputes between these two closely connected trade partners, how is it to live as a Chinese person in Japan today?

The Japanese View of China

Japan and China have a long history of cultural, academic and political ties. Thriving business, growing tourism and a constant flow of goods have brought Japan and China closer. However, due to a history of several high casualty wars and the considerable number of political disputes that followed, Japan-China relations have suffered.

According to a survey conducted by Pew Research Center last year, the Japanese people’s view of China has continuously grown negative, peaking during the last two decades. In 2002, 55 % of the participating group expressed a positive view of China. In 2020, the number had dropped to 9 %. The number of Japanese responders that expressed a negative view of China was significantly high: 86%. 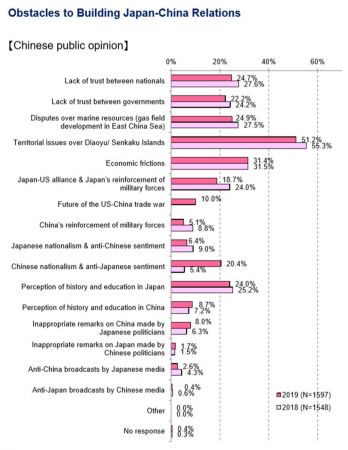 The negative view of China among the Japanese public has resulted in stereotypical images of Chinese people’s character and behavior.

Tianyu Zhao, a graduate student from Jiangsu Province, China, has noticed several stereotypes targeting Chinese people. She underlines the significance of social class: that rich and well educated Chinese are looked upon positively while the socially vulnerable or temporarily visiting Chinese may be targeted with negative stereotypes.

“For Japanese people who only know Chinese people who work part-time in convenience stores or who come to visit and buy many products in areas such as Ginza, the stereotype might be that Chinese people talk in a loud voice and are noisy, don’t flush toilets properly or that they are wealthy but bad-mannered,” she says.

As for her own experience, Zhao remembers a class in literary theory at college:

“During the class discussion, the professor kept asking about the situation in China or my opinion as a Chinese person as if I was the representative of 1.4 billion people.”

“If I have some opinions, that is not because I am Chinese but because I am an independent individual who will not be defined only by my nationality. The professor didn’t ask other Japanese students about their opinions.”

Zhao doesn’t think of this particular situation as discrimination but rather as essentialism and a representation of a less-obvious nationalism. “It made me very uncomfortable.”

Bertie Coningsby, scholar in Chinese and Anthropology, confirms that there are some heavily negative stereotypes of Chinese people in Japan. He points out the contrast in how Japanese people tend to define China and Japan respectively. While many Japanese people tend to think of China as chaotic, loud, energetic and at times even dirty and unruly, they describe their own country as a clean and orderly one that celebrates politeness.

“It’s interesting to me as someone who has lived in China and Japan because each country, each place, each person has a completely different idea of what is right and wrong, what is socially acceptable and unacceptable.”

After living in Hong Kong, mainland China and Japan, Coningsby has noticed that the stereotypes of Chinese people that exist in Japan also occur within China itself. He illustrates this with the Chinese concept of suzhi. Suzhi (素质) refers to the moral quality of one’s character; how “civilized” one is. The word suzhi is used especially by those who believe themselves to have a higher moral standing than others and may be used to speak negatively about other Chinese.

Language as a key to social acceptance

Rasiki, a Chinese artist living in Tokyo for eight years, mentions Japanese language skills as a key to being treated as an equal in Japan. “When I was new in Japan it often happened that I was treated differently because of being a foreigner. However, as my Japanese improved, those moments became fewer. Now it barely happens at all. To pick on the smaller one is something that is common, but if you’re strong it should not affect you too much.”

One contributing factor to the creation of Japanese peoples’ impression of China can be traced to television. Biased news coverage in combination with little, if any, direct contact with Chinese people and society open up for misunderstandings and simplified, populistic views.

Shuk-ting Kinnia Yau, Associate Professor in the Department of Japanese Studies at The Chinese University of Hong Kong, focuses her research on transnational Asian film studies and depictions of WWII in Asian and American visual media. In her latest research paper Yau highlights television as the main source of China-related information in Japan. Followed by Japanese TV dramas, TV shows, and movies, Japanese people largely base their impressions of China on what they see in news media. Meanwhile, only 3.5% of the Japanese responders said that they had had actual conversations with Chinese people, and only 1.5% of them had visited China.

Through extensive research on Japan, China and WWII, Coningsby is convinced that the violent war history had had a significant impact on the modern Chinese and Japanese person’s view of their neighbor.

“When I see China related media coverage in Japan it’s similar to the type of media coverage that is aired in other places of the world. It shows the images you expect to see: Big red communist slogans, Xi Jin Ping looking out over thousands of people; authoritarian images that may seem frightening to a lot of people.”

Of the armed conflicts between Japan and China, the two Sino-Japanese wars, the later one in particular, are still fresh in the collective memory of both countries. Territory disputes, rivalry over access to natural resources resulting in military provocation, are some of the issues that the countries face at present.

Bertie Coningsby is convinced that both former and current political disputes greatly hinder the building of healthy relations between the east-Asian neighbors.

“That (war) history has never been publicly opened up in a way that has allowed both countries to accept it on equal terms and move on. Especially Japan has never really publicly, on a diplomatic governmental level, dealt with what happened in the past.”

He adds that neither governments appear motivated to erase the resentment that still lingers against “the other.” Coningsby stresses that the resentment is less among the younger generations. Except for the fact that today’s youth never experienced the war themselves, one explanation to their rather positive view of each other may be the exchanging stream of pop-culture consumed. 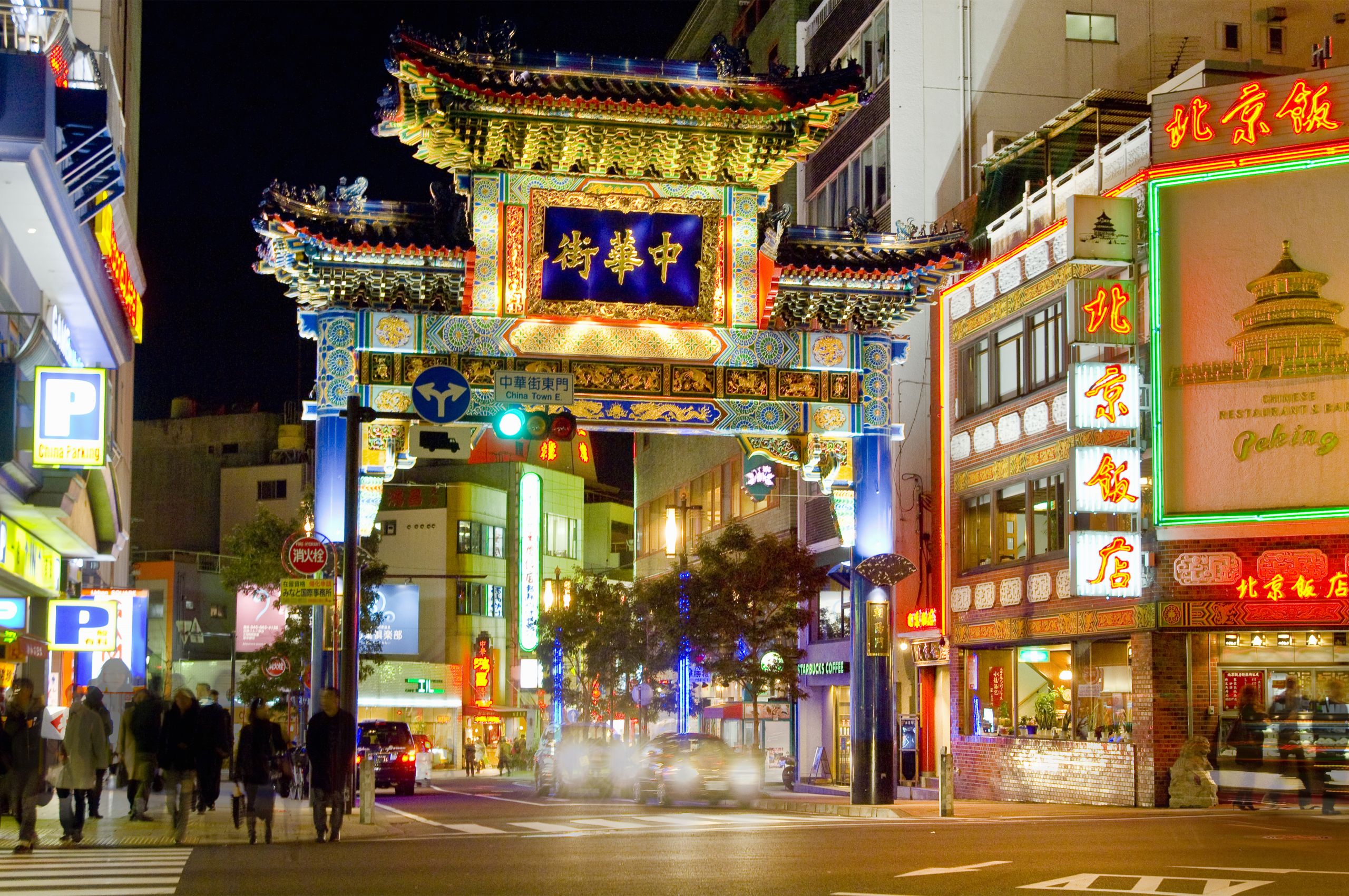 Hope for the future

Rasiki describes the art scene as a safe sphere where she doesn’t have to fear unequal treatment. She expresses the hope that this sort of safe environment will eventually become reality for all people around the world.

“I wish for a loving society in which race and nationality will not stand in the way of mutual understanding and tolerance among people.”

Why Japanese companies should globalize

Revenge of the Green Dragons