If looking at music news in Japan this fall makes you feel like you’ve fallen in a wormhole to the 1990s, you aren’t far off. The most buzzed-about album of autumn 2016 comes courtesy of J-Pop superstar Hikaru Utada, while the slow dissolution of idol group SMAP has held a chokehold on gossip sites. This cursory glance makes it seem like nothing much has changed since before the millennium.

Of course though, plenty of exciting new music does exist—you just have to dig beyond the morning TV shows and Oricon charts to find it. From whirlwind rappers to unnerving electronic outfits, here are five up-and-coming Japanese artists to check out this season. Especially if you want something a little different.

Trends come and go in Japanese music, so who knows how long the current wave of female-fronted hip-hop units emerging from the J-Pop woodworks will last. But at the very least, it has allowed Chelmico to step into the spotlight. The Rip-Slyme-inspired duo consisting of MC Rachel and MC Mamiko deliver tag-team rhymes over music running from frantic club bangers (“Junejuly”) to laid back grooves (“Labyrinth ‘97,” complete with saxophone), all centered around choruses that would make a J-Pop composer blush. The pair’s debut album arrives on October 18, and highlights an energy that hints at something with the potential to stick around.

In The Blue Shirt 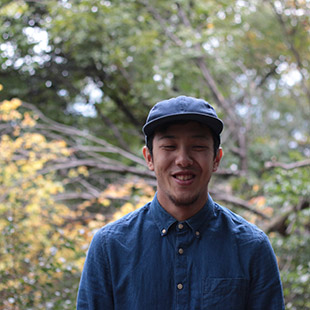 In The Blue Shirt is an electronic producer who hails from Osaka, and he’s the latest of the talented trackmakers to emerge from the city in recent years. The young creator breaks down music to microscopic levels—he takes tunes by artists such as Lorde or Enrique Iglesias, slices up vocals from said songs into half-second snippets, and then lets them pinball off one another to form a sound all his own. That plays out all over his own zippy rush of synthesizer, sometimes featuring acoustic guitar strums and woodwind flourishes when he wants to get a bit more introspective.

The Tochigi-born rapper has been kicking around Japan’s hip-hop scene since 2007, but it has only been in the last year he has attracted widespread attention from those outside. Primarily, that’s thanks to a brief appearance in the visual-overload of last year’s Tokyo Tribe and, even more so, to appearances on late night TV shows where he showed off his freestyle abilities. Yet his charm extends beyond the screen. Dotama raps in rapid-fire style, fitting in clever jokes and lines at a breakneck speed. And he’s able to do it over all sorts of beats, from traditional boom-bap to wonkier backdrops created by some of Japan’s more left-field producers. 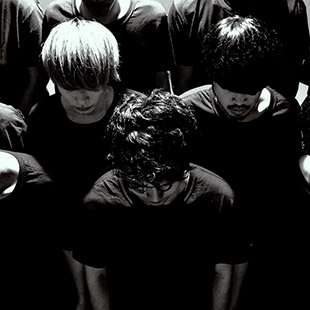 If possible, seeing yahyel in person—preferably in a dark club, and even better if you happen to be in a particularly brooding mood—offers the best view of what the Tokyo group does. That’s because visuals add to the unnerving energy of their music, composed of hazy electronics worthy of Warp and digitally manipulated vocals that give songs such as “Once” an otherworldly bend (backed by beats that give their songs a pop edge, so it isn’t pure exercise in making hairs raise on your arm). In the right live setting, the accompanying VJ makes the whole experience even more stimulating, but listening to yahyel through headphones will still bring out all the uneasy touches.

Pop doesn’t have to be complicated, and most of the time it should veer towards the simple. Shiggy Jr. understand this, and the four-piece avoids gimmicks and novelty in favor of bouncy numbers anchored by radio-ready hooks. They take cues from a wide variety of sources in crafting their skippy tunes, featuring slinky funk bass and splashes of disco synthesizer that add a shimmer to their songs. All those elements appear on their first album All About Pop, out at the end of October, as does their uncanny ability to create a chorus bound to be stuck in your head all day long.