The storied film career of executive/producer/director Kazuyoshi Okuyama has entered another chapter as he expands his collaboration with talent agency and production house Yoshimoto Kogyo. Yoshimoto is the premiere comedy talent outfit in Japan but it has increasingly been producing films of all stripes. Okuyama came aboard the company as a producer a few years ago and now he is back in the director’s chair — or, more accurately, the co-directors chair — as that’s the role he played in making the layered thriller, Cross.

Okuyama maintains a unique and celebrated position in the contemporary Japanese film industry. In the 1990s he ran the legendary domestic studio Shochiku, attempting, rather unsuccessfully, to revive it to its glory days. Okuyama, though, has had huge success as a director and producer. He kicked off helming films by snatching Japan Academy Awards in directing and screenwriting for his rookie effort Rampo in 1994. Notably, he was also the executive producer for legendary 1960s New Wave director Shohei Imamura and his film, The Eel. It snatched the most prestigious prize in cinema, the Palme D’Or at the Cannes Film Festival, in 1997. In all, Okuyama has produced over 80 films including the much-loved Takeshi Kitano’s classic crime drama Sonatine. 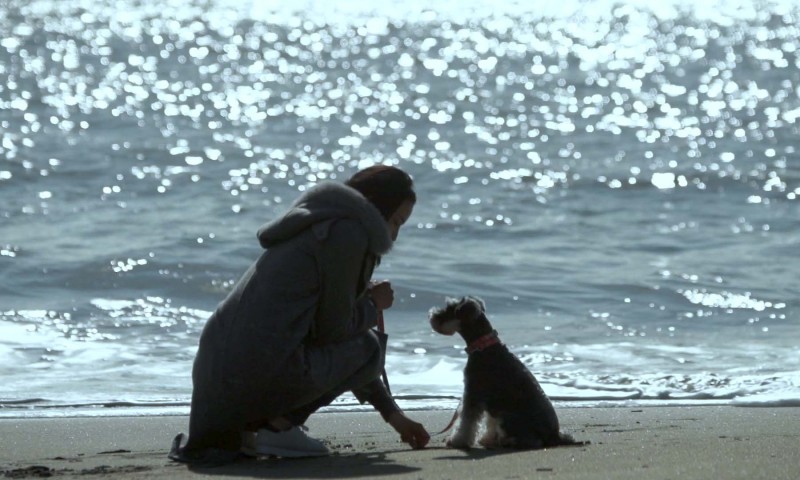 While Cross bears little resemblance to that straightforward, atmosphere-driven piece, it is similarly a crime thriller. The tense yarn centers on journalist Yanagida, who is breaking a lynching story. This in turn reopens a sealed murder case and secrets that a family would like hushed-up come to light. The densely layered piece follows the breakdown of the Hirayama family and Yanagida, who dogs them, following a murder storyline. It starts with Yanagida interviewing Hirayama, a family man with a wife and daughter. We understand there is adultery and possibly murder but no details are revealed. The action then switches to Takagami, who works at a dental clinic. The fact Takagami might be the “other woman” becomes slowly apparent when Hirayama’s wife finds evidence linking her husband to her. Then the wife meets the always-smoking Yanagida in a coffee shop for a frank conversation.  Switching between these three characters and their interviews with the journalist, the possibilities of murder and betrayal abound.

Edgy action and identifying who is the actual murderer push the plot forward. The multi-faceted work examines the themes of desire, jealousy and the meaning of atonement while ramping up the tension over the murders. It’s well-crafted but requires a vigilant viewer to follow all the threads.