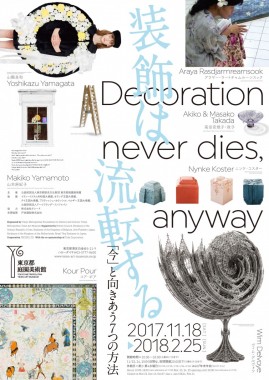 The Teien Art Museum in Tokyo’s Shirokane district is one of the capital’s hidden delights. This art-deco palace, ten-minutes’ walk from Meguro Station, was built in 1933 as a residence for Prince Asaka, a member of the imperial family. In the initial post-war years, it was used as an official government residence, and converted into an art museum in 1993. A glorious fusion of French and Japanese art deco design, it includes lavish interiors contributed by Henri Rapin, René Lalique and other French artists active between the wars, within the main architectural work overseen by Yokichi Gondo, who was himself deeply influenced by contemporary European architecture of the time.

In the last few years, the museum has undergone major renovation and restoration, and it was closed again for the past eight months for the installation of an elevator. Such accommodations for the disabled and elderly have been a long time coming, but it’s something the Tokyo Metropolitan government must undertake more often in locations across the city.

The first exhibition for the reopening is the delightfully-named “Decoration never dies, anyway.” According to the exhibition catalog, “Decoration has always existed together in hand with mankind. Beginning with rituals mourning the deceased and tattoos associated with sorcery, although on occasion rendered a mere formality, it is that which has continued to persist while repeatedly undergoing changes and harboring new meanings in correspondence to the times. Decoration could indeed be described as being constantly in ﬂux, in an endless cycle of transmigration.” 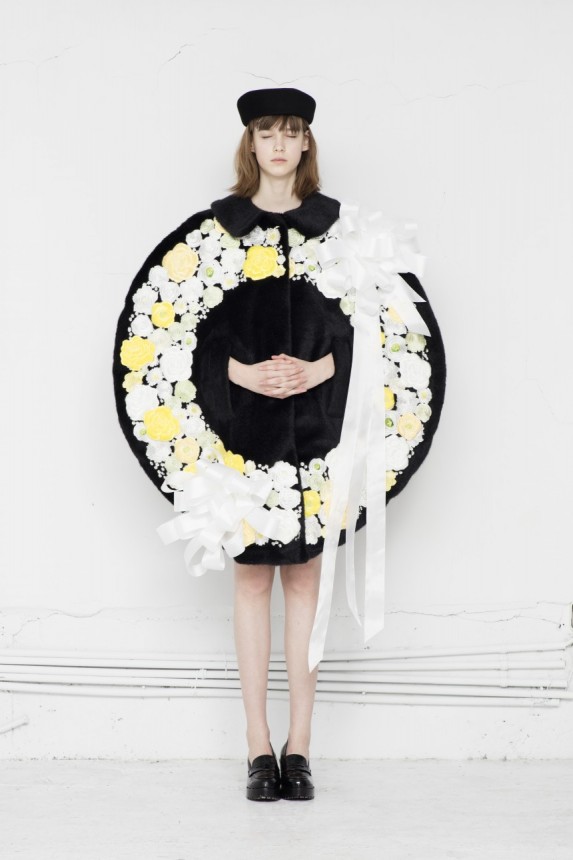 The exhibition consists of work by seven artists from different backgrounds, nationalities and ages, ranging from acclaimed fashion designer Yoshikazu Yamagata from cult brand writtenafterwards to British painter Kour Pour, conceptual artist Makiko Yamamoto and Thai video creator Araya Rasdjarmrearnsook. The exhibition is spread throughout the many rooms of the mansion and the new annex behind, with some works tucked into surprising nooks and crannies, while others take pride of place in the first family’s living space, including, in the case of Yamagata, even the prince’s private bathroom.

Pour’s work is inspired by a childhood spent in the carpet store run by his Iranian father, and appears at first glance to be simple representations of Persian rugs. Closer inspection, however, reveals images and motifs borrowed from many other cultures. The canvas acts as a kind of palimpsest with layers and images, some of which are deliberately made to look worn and semi-erased. He also incorporates traditional Japanese images into some of the canvases which, in some ways, look reminiscent of Takashi Murakami’s work. Kour’s collection is at once vibrant, ancient and contemporary, and is the real gem in this exhibition. 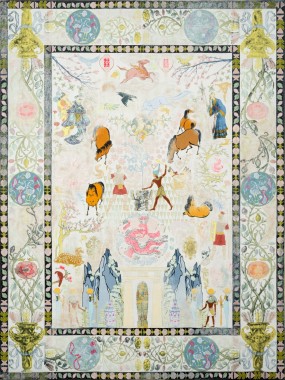 Yamagata’s clothing designs are interspersed throughout the museum. Following a tradition of architectural fashion design dating back to the early work by legendary triumvirate Yohji Yamamoto, Rei Kawakubo and Issey Miyake, his work is ostensibly “wearable art.” One piece is a circular dress with embroidered flowers inspired by the wreath President Obama laid at the memorial to victims of the atom bomb during his visit to Hiroshima in 2016. A graduate of Central Saint Martins in London and a former John Galliano assistant, Yamagata’s work is certainly in the progressive school of fashion design.

Makiko Yamamoto’s work subsumes some humor into the exhibition and stands apart from other, more cerebral, pieces on display. She begins by drawing the windows of strangers’ homes, using her imagination to create lives and personalities for the people who live within. She then incorporates the actual residents into her work, inviting them to recreate the scenes she has imagined for them. It’s all very meta and very “now” and is unequivocally more appealing to a younger, hipper audience that the Teien is probably used to.

Another young artist in the mix is Nynke Koster, from the Netherlands, who “examines the ornamentation in architecture through the ages, piece by piece, building for building. It is space, time and place transformed into soft elements.” What transpires is a small collection of molds of interior pieces of historical buildings, which visitors can touch and perhaps even sit upon. It’s a bizarre yet satisfying experience to bounce on an artwork in a stately location like the Teien.

Japanese twins Akiko & Masako Takada create as a team, taking inexpensive and everyday items such as suction cups and pumice stones and transforming them, with intricate handwork and vast imagination, into suggestions of very different and often precious objects. A pile of tiny miniature books and a ladder made from a clothes peg are cutesy yet important work, especially given the current passion for diorama in the contemporary art climate. 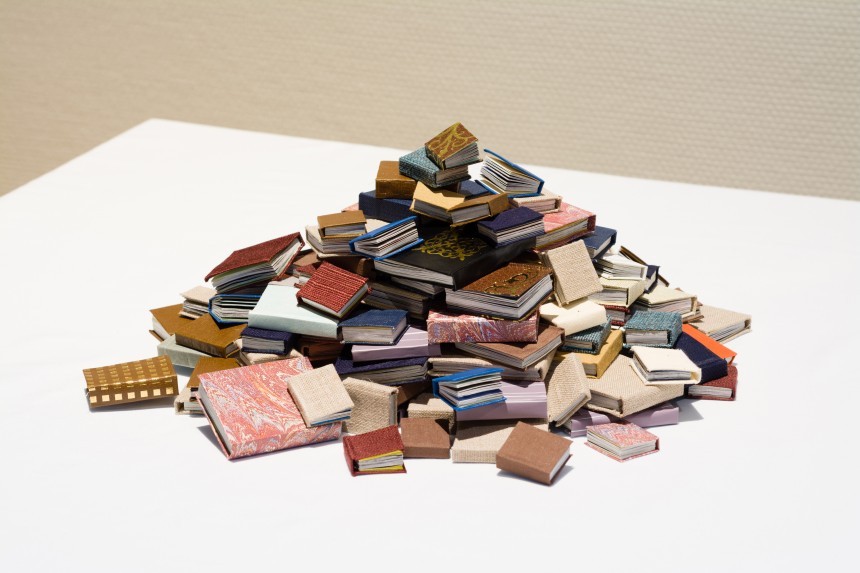 A more muted, yet striking, display comes from Belgian artist Wim Delvoye. He borrows decorative elements from French cathedrals and reworks them in intricate laser-cut steel sculptures with modern contexts, including suitcases and a flatbed trailer.

Thai video master Araya Rasdjarmrearnsook’s dichotomous video installation “Thai Medley” is at once bleak and uplifting. Her aim is to close the perceived gap between the living and the dead, and ourselves and others. Visiting morgues, she decorates the corpses of strangers with floral-print fabric. She and others then read the corpses love poems in classical Thai. It’s a surreal, morbid and transfixing way to close out the exhibition which is one of the most fascinating in recent years.

Hours: 10:00 am to 6:00 pm daily, last entry at 5:30. Closed the second and fourth Wednesday of every month, unless a national holiday, in which case the museum will be closed the following day instead. Check the museum calendar on the top page of the museum’s Japanese-language website before visiting.