Tokyo gets trendy at biggest TFW yet

Tokyo Fashion Week is upon us again, long after the other key fashion cities of New York, London, Paris and Milan have had their moments in the spotlight. Its position in the cycle means that not only are journalists a shade jaded, and more than a little partied out, but from a buyer’s perspective the problems are a little more serious. Seeing as orders in New York, Paris and so on are scheduled to close just as Tokyo fashion week is beginning, more often than not budgets are significantly depleted before the first show even begins. Still, this TFW looks set to be the most exciting in a while, with a huge lineup of 52 brands on the official schedule. And rest assured that Metropolis will be reporting from the front row.

The official Mercedes-Benz Tokyo Fashion Week schedule is strictly industry-only, but there are ways to see the shows as an individual—especially if you don’t mind standing.  If you have a reasonably successful blog, you can register as a blogger to cover the shows. While that might not guarantee you the best seat, dressing up will net you some pretty good possibilities for promotion as photographers at the venue are hungry to capture good street style.

Alternatively, while I for one would always maintain that you don’t understand a show unless you see it in the flesh, it’s possible to watch the lion’s share of shows from the comfort of your own sofa (or kotatsu).

Tokyo Fashion Film (http://tokyofashionfilm.com) is pretty diligent about streaming  runway presentations and post-show interviews, so stay glued to that and spare a thought for those of us on the fashion front line battling the queues, conflicts and frantic dashes across Tokyo. 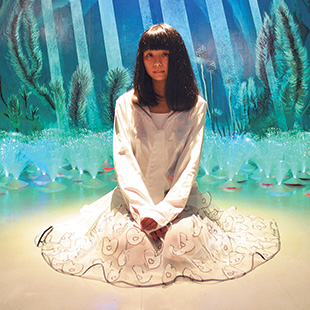 Those hungry for a taste of the Tokyo underground would be well-advised to steer clear of Hikarie, the venue for most of the official schedule, and head on over to Parco Museum in Shibuya Parco Part 1. Yoshikazu Yamagata, of WrittenAfterwards fame, and designer Mikio Sakabe are holding the second iteration of their Zetsumei-ten themed exhibition, this time jovially entitled Zetsu Zetsumei-ten. The exhibition runs from March 19 to 30 and will be curated differently every day, sometimes featuring real models, sometimes mannequins and of course plenty of guerrilla fashion shows.

The lineup reads like an A-Z of who you should be excited about in Tokyo fashion, including Ryota Murakami, Noriko Nakazato and Kotona, as well as a handful of newcomers looking to make a name for themselves in 2015. Follow @zetsumeiten on Twitter for the latest news, and definitely plan to visit the exhibition multiple times to get the full story. 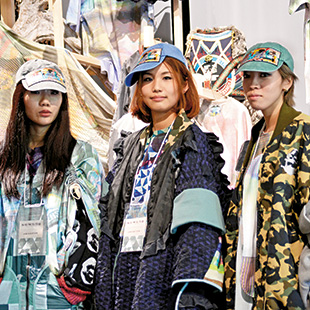 Even at fashion week, street fashion tends to get more attention than the runway shows these days.

Cunning designers have found a way of taking advantage of this turn in the tide by dressing models to be seen in and around the venues.

This issue’s gang of models comes courtesy of the incognito designer of cult label Bodysong, who sent his collection out to be seen on the street, not the runway.