A 1,000-year-old wrapping cloth that is equal parts beauty and function

Equal parts beauty and function, furoshiki is a kind of traditional wrapping cloth that has been used in Japan for over 1,000 years. Dating back to the Nara period (710–794 AD), furoshiki—literally “bath spread”—were originally used to carry belongings to the sento (public bath). The richest bathers would unfold their furoshiki, taking advantage of its alternative use as a bath mat. These decorative cloths soon spread beyond bath house walls, gaining popularity among merchant classes as fine packaging material. And in the era of everyday kimono (often pocketless garments) furoshiki functioned as ornate handbags. 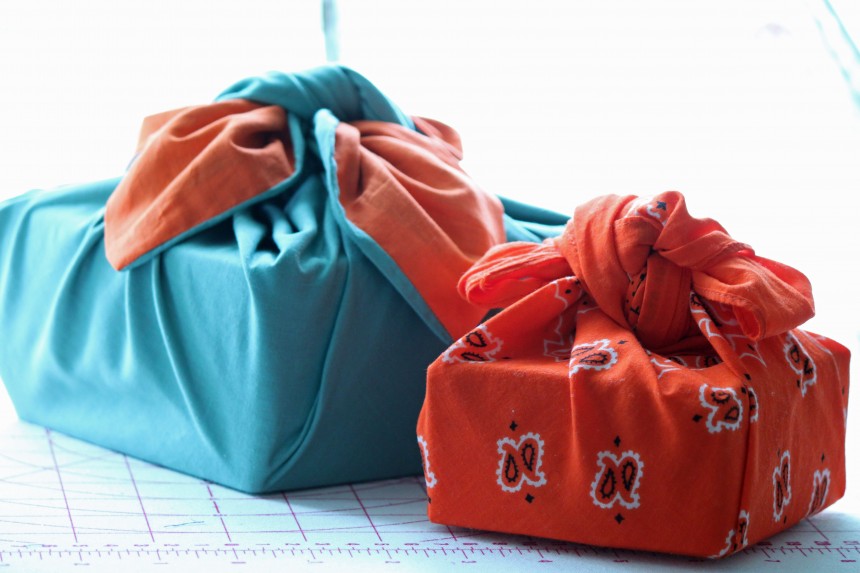 While the traditions of furoshiki have evolved over time, they haven’t veered far from these simple origins. Furoshiki today remain a way of using ornamental cloth for packaging and transport, but that now includes toting everything from lunch bento to wine bottles and souvenir gifts.

One of the distinct advantages of using a furoshiki is its shapeshifting ability, taking on numerous forms to accommodate different loads. Centuries of experimentation have developed dozens of established methods for tying a traditional furoshiki, which is usually slightly longer than it is wide. The series of folds you choose could be motivated by aesthetics or used to adapt to unique package shapes or create handles. Otsukai zutsumi refers to a furoshiki that has been knotted just once, while the yotsu musubi features a double knot, creating a sturdier handhold used for carrying heavy objects. 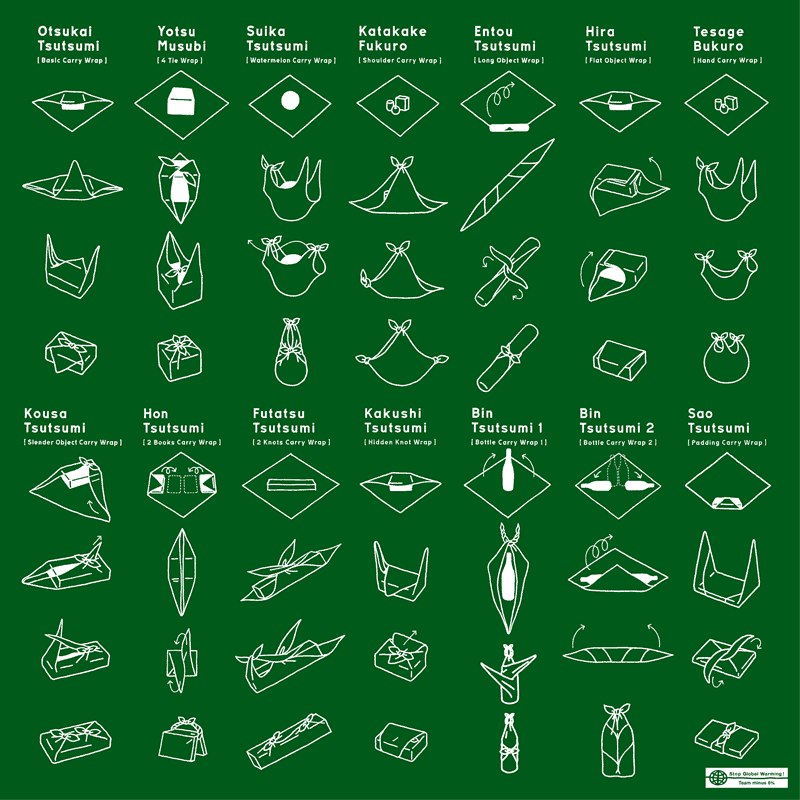 Textile diversity is also central to the tradition. Each use is an opportunity to match your cloth to the occasion. Oftentimes furoshiki, which can be made from cotton or silk, will mirror the seasons—sakura-infused patterns in the spring, maple leaf designs in the fall. In more formal settings, such as weddings, graduations or funerals, furoshiki may come emblazoned in regal purple. Cranes, on the other hand, are often included in designs to symbolize longevity.

For a good half-century, furoshiki had gone out of style here in Japan. Considered a relic of older generations, they had been pushed aside in favor of the convenience of plastic bags—but a furoshiki revival has been in full force over the last several years thanks to a push to be more environmentally-conscious. Furoshiki has even been dubbed the “world’s first eco bag.” Many argue the recyclable, multipurpose furoshiki exemplifies the Japanese philosophy of mottanai—a sense of regret over leaving anything to waste. 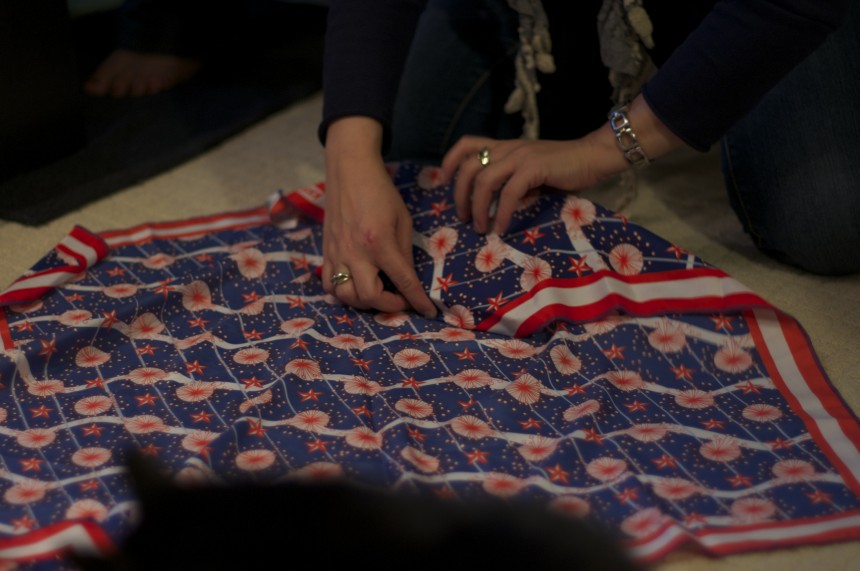 Today, furoshiki isn’t limited to formal gifts or kimono-clad women. Instead, it’s been welcomed into the mainstream with pop-culture textile patterns and everyday functionality.

Since her days as Minister of the Environment, current Tokyo Governor Yuriko Koike has embraced furoshiki as way of both promoting traditional Japanese culture and eco-friendly practices by replacing toxic plastic bags with the recyclable wrapping cloth.

As part of this renewed support for the traditional cloth, the Tokyo Metropolitan Government is trying to promote international recognition of furoshiki through an exhibition in Paris. Planned for November 1 – 6, the installation FUROSHIKI PARIS will take place at the city’s famed Place de l’Hotel de Ville, a historic plaza that stands in front of the municipal government building. A giant, larger-than-life-sized box wrapped in furoshiki will be erected at the center of the square. Visitors will be able to enter the installation where they’ll find an exhibit on the history, practice and art of this simple, yet striking Japanese tradition.