Have you ever had a paranormal experience in Tokyo? We’ve rounded up some top psychic spots and ghost stories around central Tokyo, including a haunted tree stump, a gymnasium and a hospital.

In Japanese, a place which is said to be haunted is known as a 心霊スポット, or shinrei. Around summer and Halloween, many paranormal enthusiasts visit these places when the sun goes down, hoping to feel the spiritual impact of past events and maybe even spot a ghost or two.

Remember, whenever you decide to visit a shinrei spot, please be careful to take proper precautions, especially if the place is abandoned. If the area is somebody’s property, make sure you get permission before heading inside. Happy hunting…

Kinuta Park: The Case of the Haunted Tree Stump (Setagaya)

Kinuta Park is a firm favorite of local families, art appreciators and cherry-blossom lovers, but contrary to its idyllic image, Kinuta Park is the home of a vengeful demon.

The park was built upon the site of an old 第六天 dairokuten (Sixth Heaven of Buddhism, A.K.A. the Demon King) shrine and the former surrounding forest. The dairokuten shrines became widespread during the Edo Period and were built to pray to the gods of indulgence and excess. Due to dairokuten’s sinful connotations, most were destroyed or assimilated into shrines devoted to more popular gods, so very few remain today.

The site of the old dairokuten shrine and its forest in Kinuta Park is almost completely unrecognisable but a few clues remain. One such clue is an innocent-looking tree stump in the Okamoto area, next to the Tomei Expressway. It is believed that this stump is an original part of the old dairokuten forest, and that anyone who touches it will be cursed. On Google Maps, this place is called たたりの森 ‘tatari-no-mori’ or ‘forest of the vengeful ghost.’ Who exactly named it this remains unclear.

Take a trip and see if you’re brave enough to touch the tree stump for yourself. To find it, follow the pin at the Google Map we made. You can even see on the map view an usual curve in the otherwise straight road. Was it that even road construction workers were too afraid to remove the tree? This article (Japanese only) gives further direction on how to reach the stump. 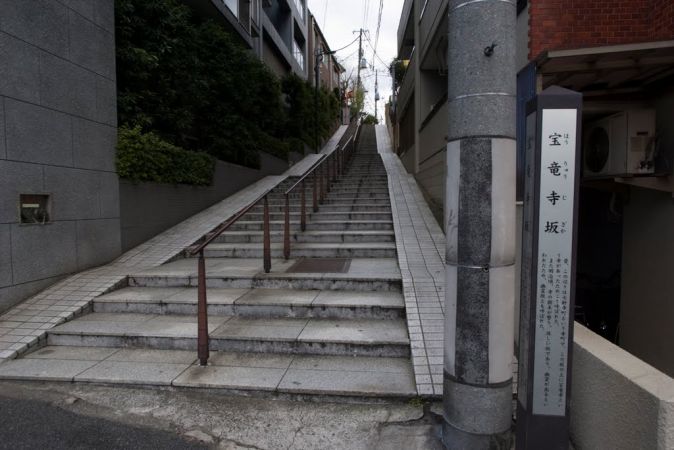 Horyuji-zaka: The Case of the Haunted Hill (Shinjuku)

According to urban legend, Tokyo has several 幽霊坂 yurei-zaka (ghost slopes). These slopes are said to be home to ghostly spirits and the brave ghost hunters who attempted to go safely from the bottom to the top.

Horyuji-zaka in Shinjuku is one of these and has been the reported source of many ghost sightings since the Meiji Period. In the Edo Period, the area was called 七軒寺町shichiken-tera-machi and was home to temples, including the Horyuji Temple — where the Horyuji-zaka stands today. The hills up to such temples were often purposely built to be incredibly steep, thus providing ample time to focus the mind before reaching the temple itself.

These days, the hill is lined with modern apartments so it is hard to believe that people come here to be spooked. Try heading here this Hallows Eve to see if you can catch anything appearing from out of the steps.

Shinrei rating: 👻
Okay for the faint-at-heart 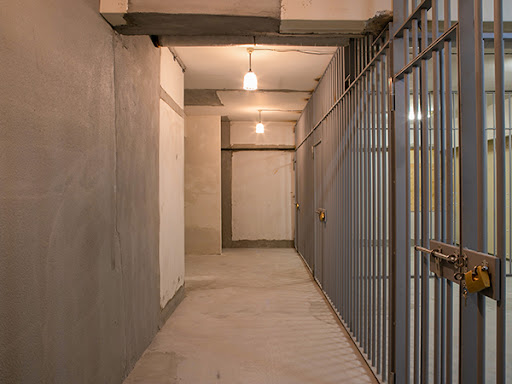 Tamai Hospital: The Case of the Abandoned Hospital (Shibuya)

Close to the center of everyone’s favorite party spot, Shibuya, lies a TV studio with an unusual past. It was once the site of a functioning hospital called Tamai Hospital. The medical institution was closed many years ago and it lay abandoned for years before being turned into a TV studio — and not just any TV studio: a TV hospital studio. Yes, this is where TV crews go to film grisly dramas, fake surgeries and more. And not just standard surgery rooms and patient wards — the fifth floor holds large metal cages.

These days, the hospital is only used for pretense but its past patients may still be around. Tamai Hospital Studio is known amongst local film crews as a creepy place rife with paranormal activity. There are numerous stories about people entering the building and getting sharp head pains or seeing curtains closing, and countless other accounts of feeling an otherworldly presence.

Musashino’s Fourth JH School: The Case of the Haunted Gymnasium

In 1944, towards the end of World War II, the Americans turned to bombing the Nakajima Musashi Aircraft Engine Plant, which was responsible for around 30% of aircraft production in Japan at the time. The plant and its surrounding area was bombed multiple times, resulting in over 200 fatalities over the course of the final year of WWII. To this day, there is a sobering Musashi Plant Memorial, standing in Musashino Central Park, which is the place of the former factory. The memorial and the surrounding area is an infamous shinrei spot, with many paranormal incidents and unexplained accidents.

Close to the old site of the Musashi Plant lies Musashino’s Fourth Junior High School, formerly part of Keio Medical University. The school gymnasium is said to be the site of the university’s former laboratory, and is now a hotspot for strange paranormal activity. Among students, it is said that there is a secret staircase leading to the old university morgue, and that sometimes you can catch a whiff of chemicals used in past procedures.

Shinrei rating: 👻👻👻
Not for the faint hearted 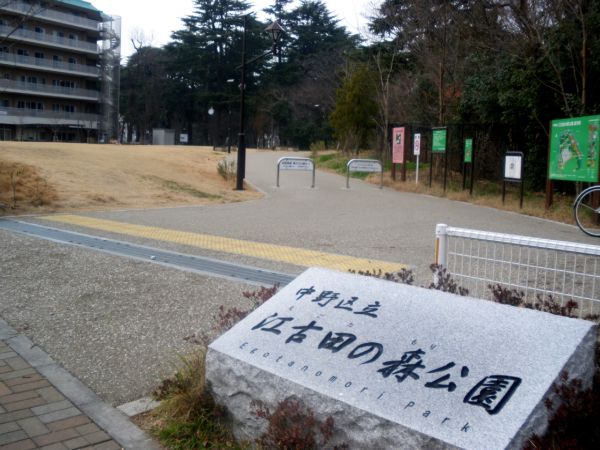 Sanatorium: The Case of the Ghostly Park

Ekoda Forest Park is a lovely place to spend an afternoon, snacking on a picnic or walking your dog, but at night it is a destination for brave ghost hunters to test their mettle.

On the site of the current park, there once stood an army-hospital-turned sanatorium that treated patients suffering from incurable lung diseases at the time, such as tuberculosis. From the Meiji period until the mid-1940s, tuberculosis was the biggest cause of death in Japan, killing over 100,000 people each year. The majority of the victims were young male soldiers and factory workers.

In 1993, the hospital closed its doors for good and merged with Shinjuku Medical Center, although the reason why it was closed remains a mystery.  One theory is that the hospital was used as a dumping ground to throw away organs that had been used in secret experiments, unbeknownst to the unsuspecting public, and this is what ultimately led to the hospital’s closure.

Today stands a small memorial stone in its place; the only thing left to suggest that it is a site that has witnessed the horrors of death and disease…or is it?

Amongst psychics, ghost hunters and even dog walkers, there have been many ghostly sightings and evidence of paranormal activity. Chills down the spines of those who enter, the ghost of a woman pointing towards evil spirits, unexplained bite marks on a dog’s head…

Shinrei rating: 👻👻👻👻
Head over if you dare

Welcome to our little family!

Color Out of Space