As the temperature drops and the days grow shorter, there’s no better way to spend a night than with a good book. If it’s Japanese literature you fancy this Autumn and you’re not sure where to start, we’ve got you covered with five translated Japanese works (three novels, a poetry collection and a non-fiction book) to be released over the next three months. Check out our recommendations from Gary Dexter below. 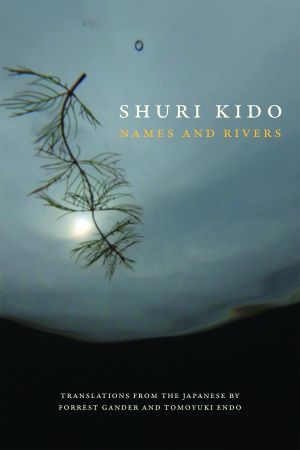 Shuri Kido is the author of numerous poetry collections and translations; among the latter are renderings of Ezra Pound and TS Eliot into Japanese. He is known as the ‘far north poet,’ and his poetry features the mountains, rivers and skies of his native Morioka (in Iwate prefecture in the north of Japan), where ‘there are more badgers and foxes than people.’ And yet these great spaces also exist within human beings, as Kido says in ‘Toward Temple Risshaku:’ ‘Your life has been lived among the stony mountains/of voices’, or in their artistic productions, as in ‘Wandering Birds:’ ‘In the margin, going paler and paler,/ where not even one line has been written,/ an empty sky has already collapsed.’ This is a bilingual text to accommodate readers who like to second-guess the translation, and the two translators, in this case, are Tomoyuki Endo, a professor at Waka University, and Forrest Gander, the Pulitzer-prize-winning American poet. This is Kido’s first foray – and a rewarding one – into English translation. 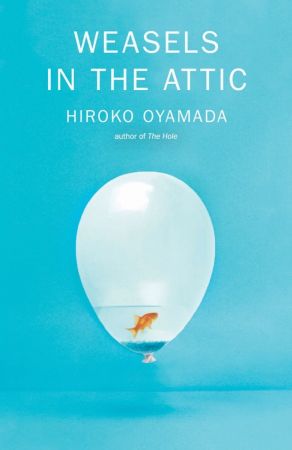 Oyamada is the distinguished author of The Factory and The Hole, both also translated by David Boyd. Weasels in the Attic is a novella of less than 100 pages, but short fiction is something Japanese novelists do well (and Japanese publishers, unlike their Western counterparts, are not wary of placing novellas before the reading public). The book deals with the fortunes of three couples: the tropical-fish-breeding Urabe, who dies on the first page, leaving behind a young wife and numerous tanks of fish that, lacking Urabe’s ministrations, share his demise; the narrator and his wife, who are trying and failing to conceive; and the narrator’s buddy Saiki and his wife Yoko, who live in the countryside and whose house has a weasel problem. The weasels, living, as they do, in the attic, urinate so copiously that the tokonoma downstairs springs a leak and the hanging scroll is irreparably damaged; and that’s only the beginning of their problems. The narrator’s wife tells Saiki and Yoko a story about her own experiences with weasels, which involves a rather grim extermination method. As in Oyamada’s earlier novels, Weasels in the Attic lingers on the grotesqueries of everyday life with a subtle, deadpan humour. 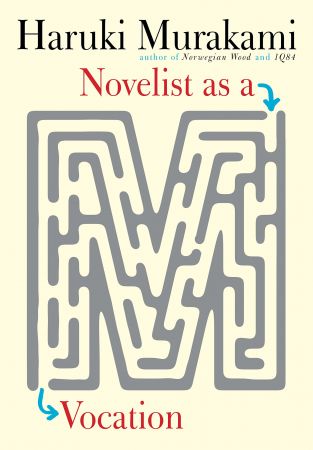 At last, the truth can be told. Apparently, Murakami didn’t even consider becoming a writer until the age of 29, when, as he watched a baseball game (he is a fan of the Tokyo Yakult Swallows), he thought: ‘Why not have a go?’ Acting on this epiphany he produced his first novel, Hear the Wind Sing, which won the Gunzo prize in 1979. Throughout Novelist as a Vocation Murakami poses himself questions: Are novelists a tolerant race?  Who should one write for? What kind of characters are the most interesting? Among his conclusions he says that in order to write a truly excellent novel, no special material is needed: what’s important is magic. ‘Even if we only use everyday rustic materials, even if we only use simple and plain language, if there is magic in it, we can make amazingly sophisticated devices out of it.’ Where can this magic be found? Presumably, in being Haruki Murakami. This is a fascinating read for novelists and non-novelists alike; and, given that it was published in Japanese in 2015, is long overdue in English. 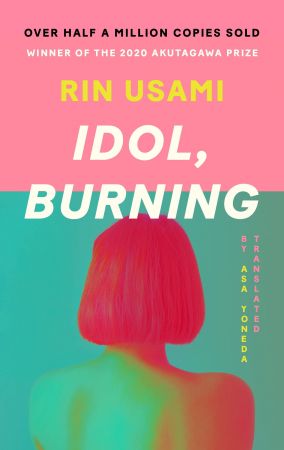 Idol, Burning was the single best-selling novel in Japan in 2020, published when its author was still only 21, and won the Akutagawa prize. The idol in question is Masaki Ueno, a member of the boy-band Maza Maza, the oshi, or heart-throb, of the high-school-girl narrator, Akari. Akari’s life is entirely dominated by her fandom. She checks his horoscope every morning, buys a cake on his birthday and eats it all herself (then throws up), builds a shrine to him in her bedroom, brandishes a light-stick in his special color, and monitors all his livestreams and SNS activity. The scenes dealing with the latter are some of the best-observed moments of the novel, since they reveal a social-media-driven fantasy world that exists seemingly only to perpetuate itself. As Akari says: ‘The idea of making contact with my oshi didn’t appeal to me. I went to shows, but only to be part of the crowd.’ The question that hangs over the book is: will Akari grow up and find a way out of her obsession, or will it destroy her? 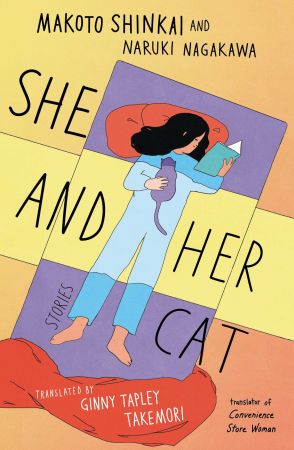 She and Her Cat by Makoto Shinkai and Naruki Nagakawa, translated by Ginny Tapley Takemori, publication date 22 November 2022

Japan undoubtedly leads the world in cat-related fiction, and She and Her Cat is a charming addition to the genre. Makoto Shinkai is well known as the writer and director of the world-conquering anime film Your Name, and She and Her Cat also began as an anime film in 1999, charting the course of the relationship between a male cat and his female owner. The book features four linked short stories, following, in order, the romantically-frustrated Miyu and her cat Chobi; the artist Reina and her kitten, Mimi; guilt-ridden Aoi and her cat Cookie; and Shino and her feisty cat Kuro. There’s also a rather surprising dog, Jon, who can speak cat-language (or perhaps they communicate telepathically). The approach is similar to that of Natsume Soseki in I am a Cat, in that the cats narrate at least parts of the stories. For these four women it’s hard, it seems, to make connections in a society characterized by loneliness and anomie, but there is still love and magic around every corner if you don’t give up. And it’s generally cat-shaped.

Gary Dexter is an English writer based in Kanagawa. Of his three published novels, the most recent is Natural Desire in Healthy Women, about the contraception movement of the 1920s. His books have been translated into seven languages. His hobby is making tiny treehouses in his houseplants.