Is Japan the right place to be?

For this month’s family issue we asked a group of student journalists at The British School in Tokyo (BST) to pitch us article ideas, then work on a commissioned piece together. We think they did a pretty amazing job. We would like to thank all the students, their teacher Chris Warbuton and BST.

Japan is, in many ways, a traditional culture based upon age-old ideals. But as this country strives for a position at the forefront of technological advancement, perhaps it is the place to be for young, foreign entrepreneurs looking to promote their portfolio through social media. With more avenues than ever before to reach an increasingly tech-savvy population, is the country becoming a hub for ambitious entrepreneurs looking to promote their budding brands online, or is the rise of social networking in traditional Japan a plight doomed to fail?

There are numerous reasons why foreigners should choose Japan to launch a social media-driven business. Japan offers an impressive selection of online promotional networks. Info Cube, one of the largest digital marketing agencies in Japan, conducted research into the use of different social media platforms including Facebook, Twitter, Instagram and Line. As of 2017, Japanese Facebook had approximately 29 million active users, mostly in the 25 – 44 age range. Twitter is the second most popular social media service in Japan: over 31 percent of the Japanese population is on Twitter, primarily in the 20 – 29 age range, which is notably younger than the target market of Facebook. Twitter is also home to friendly multi-million dollar conglomerates such as Kirin, Panasonic and Orbis who continually communicate with their customers, announcing and promoting new changes to their products. 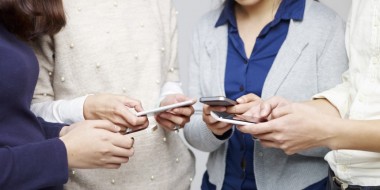 Interestingly, around 10 percent of the Japanese population actively used Instagram in 2017, corresponding to around 13 million people altogether, but this has surely risen rapidly over the past several months. Instagram is one of the most sure-fire pathways to online promotion. In an interview with the founders of streetwear clothing line SÜPPLY, which has recently expanded in growth and recognition, Liam Coates and Julian Hunt outline the advantages of doing business using social media and starting small. “It’s like the analogy of a big bomber versus a small fighter: we can move around, we can maneuver, we can reply to everything.” Customer satisfaction and communication are far easier on a smaller scale, and Instagram is tailored for exactly that. While Instagram is not yet the mainstream platform for youths in Japan, its rapid growth is promising.

The prize-horse, the unique aspect that sets Japanese social media apart from the rest of the world, is the locally-founded phenomenon LINE. During the Tōhoku Earthquake recovery effort, after Japan’s telecommunications infrastructure was damaged, responders developed LINE as an all-internet communication alternative. Since it was made available to the public, it’s risen to the top of Japan’s social media throne, with over 71 million active. The app is home to 92 percent of the country’s mobile users as of 2017. Since Louis Vuitton’s launch on LINE in last year, its Japanese following has grown exponentially, with 237 percent more interaction per post than the Index Luxury brand average. LINE is shooting for the moon and shows no signs of stopping. But this isn’t marriage, you don’t have to put all your eggs in one basket: alongside all the internationally-used social networks listed above, LINE gives Japan a potential edge in its propensity for promotion, that is, as long as Japan works out how to make the general population more tech-savvy.

Undoubtedly, Japan is a promising prospect for business as a foreigner. First, there is a substantial lack of competition in the Japanese entrepreneurial market in comparison to Western countries. With over a third of all Japanese residents being 60 or over, and a decreasing youth population, social media presence in Japan is a budding flower, already promising, but yet to reach its full potential.

Conversely, there are less favorable characteristics of the social media market in Japan. The entire nation bears the residue of the 400-year-old Tokugawa shogunate policy known as sakoku (closed country) that banned the entry of foreigners and exit of commoners. The effects of this policy has maintained its prominent existence to this day, where even internationally vibrant cities such as Tokyo and Osaka still radiate a ‘closed-gated community’ vibe. As long as civilians retain the practice of labeling expatriates as gaijin, surely Japan should not be the pre-eminent choice to start up a foreign-owned business? It is undeniable that expatriates still attract the curious eye in public, so it’s easy to assume that a foreign-owned business has more potential in a country where expatriates are readily accepted into the community. 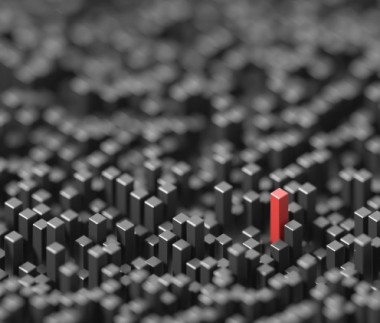 Beyond the lack of prominence of social media in Japan, though, what about the lack of an actual social network? The global agency We Are Social revealed that there are approximately 2.56 billion social media users worldwide. SÜPPLY’s Coates and Hunt stated that, “You have to use your own social network.” If you’re an expat moving in international circles chances are that your web spans far more of these 2.56 billion than the average Japanese resident. The concept of networking, while not new, is bolstered by the introduction of thousands of online applications that allow communication with a neighbor’s dentist’s cat at the touch of a button. But Japan is in many ways a collectivist society, and while there are certainly a multitude of tight-knit communities within its walls, a budding business may have more luck spreading the word in a gossipy environment such as the U.S., where more people are open to social media’s new, informal form of self-promotion.

All things considered, there are arguments on both sides of the coin as to whether Japan is a promising country for social media promotion. Japan’s social status quo has its pros and cons. Also, the burgeoning social media scene both provides an unlikely opportunity to hitch a ride on a rising social media platform and creates an inconvenient delay for a business startup. Also methods of promotion, such as private networking, are not yet utilized on a widespread scale. Depending on who you ask, Japan may be a traditional society that has drowned out chances of online popularity or the next promising platform for ambitious foreigners to promote themselves on social media.

Revel in the Rugby World Cup at Shimokitazawa’s legendary pub

Rekindling your fascination with Tokyo