Adding cheer to the holiday season

With December just around the corner, Tokyo is once again abuzz with seasonal festivities. Among the various sights and activities on offer, German-style Christmas markets have gained popularity in recent years, catering to Tokyoites’ penchant for all things Christmas. To help bring some Weihnachtsfreude (Christmas joy) into your life this season, Metropolis has a look at three of this year’s markets in the Tokyo and Yokohama areas. 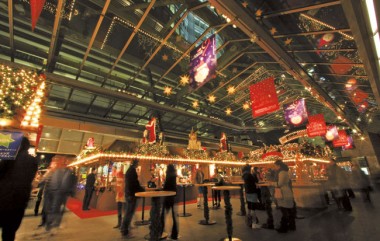 Now in its ninth year, the al fresco Christmas Market at Roppongi Hills models itself on the Christmas Market in Stuttgart, Germany, which is said to be the largest in the world. Among an impressive cache of over 1,000 Christmas knick-knacks are goods from the famous Bavarian ornaments manufacturer Käthe Wohlfahrt. Christmas cheer will also abound with German culinary favorites like hand-baked Baumkuchen cake and Glühwein (mulled wine).

While you’re there, don’t forget to check out the spectacular Keyakizaka Galaxy Illumination tree display along the Hillside. Keep an eye out for the “Hidden Hearts,” which appear at alternating times for five minutes every hour. 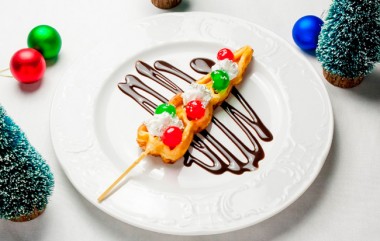 Located at the foot of the Tokyo Skytree, the Solamachi Christmas Market is an impressive affair, with quaint wooden huts and eye-catching Christmas displays. Past years have included a wide range of Christmas accessories and foods, including the German favorite Stollen, as well as a selection of German beers.

This year’s menu will also include a wide selection of waffles (starting at ¥500), including one shaped like the Skytree. 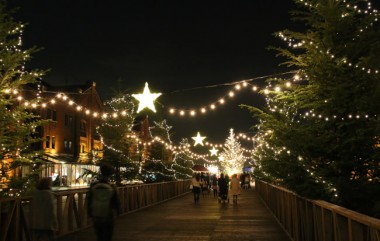 The Christmas market in Yokohama is quickly gaining favor with tourists and locals alike. Now in its sixth year, the market boasts a large assemblage of thatched-roof huts selling all manners of German crafts and toys, including teddy bears from the iconic German toy company Steiff as well as wooden dolls from the Erzgebirge region. Foods on offer include the winter-warming German classic Maultasche (German ravioli).

Situated on the grounds of the historic Red Brick Warehouse, the market overlooks the impressive Yokohama harbor, which has been transformed over the last half century from a central trading port into a popular tourist destination. While you’re there, be sure to take a harbor cruise for spectacular views of the city.