Since Japan’s borders reopened, many international artists are stopping by Tokyo again as a part of their tours. And the feeling we’ve missed for the past few years has returned to our lives: wrapping up work and rushing to our favorite venues just outside the city, such as Toyosu Pit or Zepp Haneda.

While some challenged themselves to see bands like Big Thief or Khruangbin, another sold-out audience gathered at Marunouchi’s renowned jazz venue COTTON CLUB. From young indie music fans to those in stylish suits and dresses, who seemed to know appropriate behavior, all were fancily dining a la carte under the chandeliers until the band showed up. 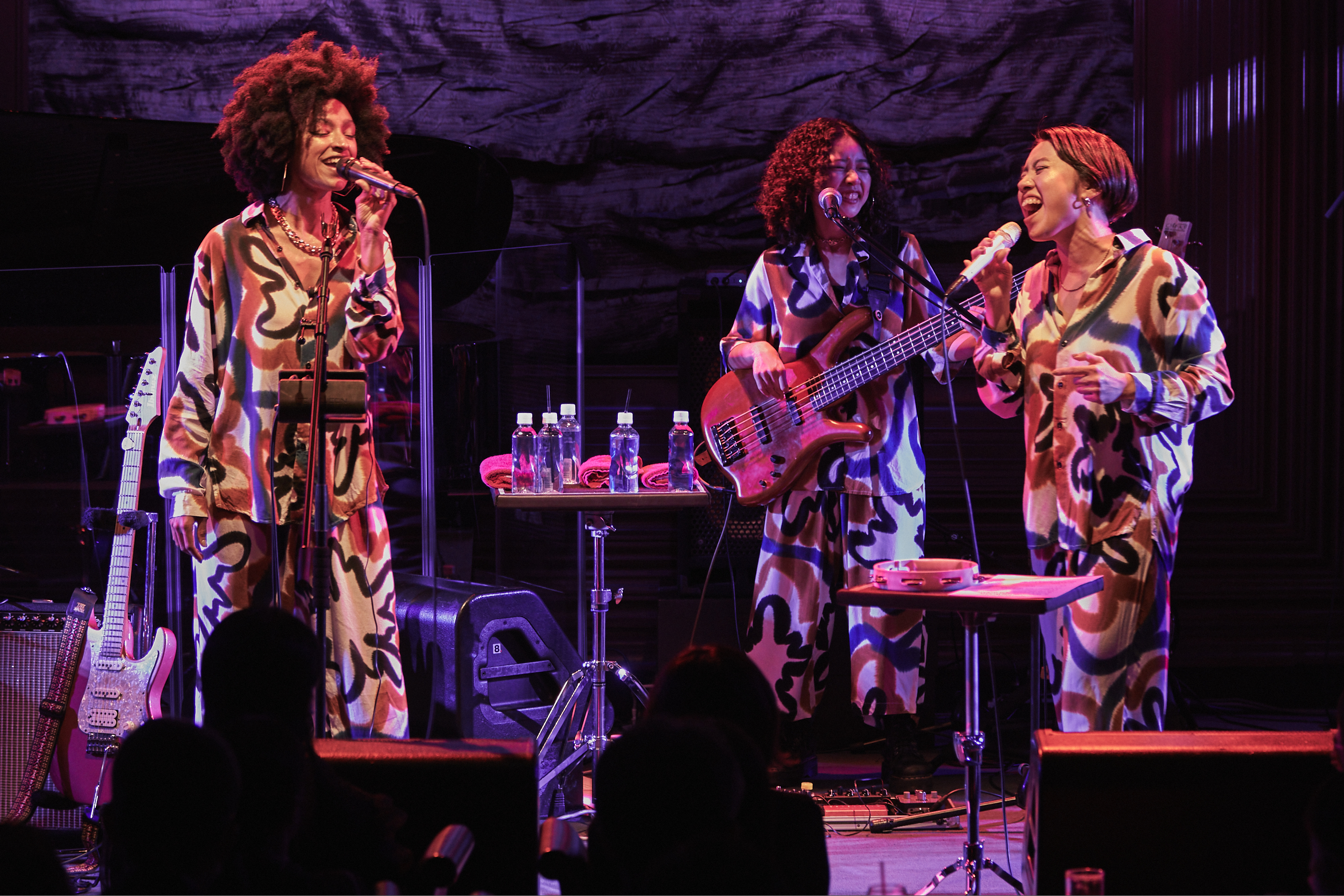 It was Tokyo-based multinational neo-soul band Pajaumi who celebrated their COTTON CLUB debut on the night. Though Marunouchi’s high buildings foster winter wind, the venue was warmly excited for a promising young band. Their sounds are unquestionably appropriate to the venue’s cozy, elegant atmosphere.

After completing their national live house tour, they chose COTTON CLUB as a final stop to showcase the much-anticipated first album Trip, released in September. 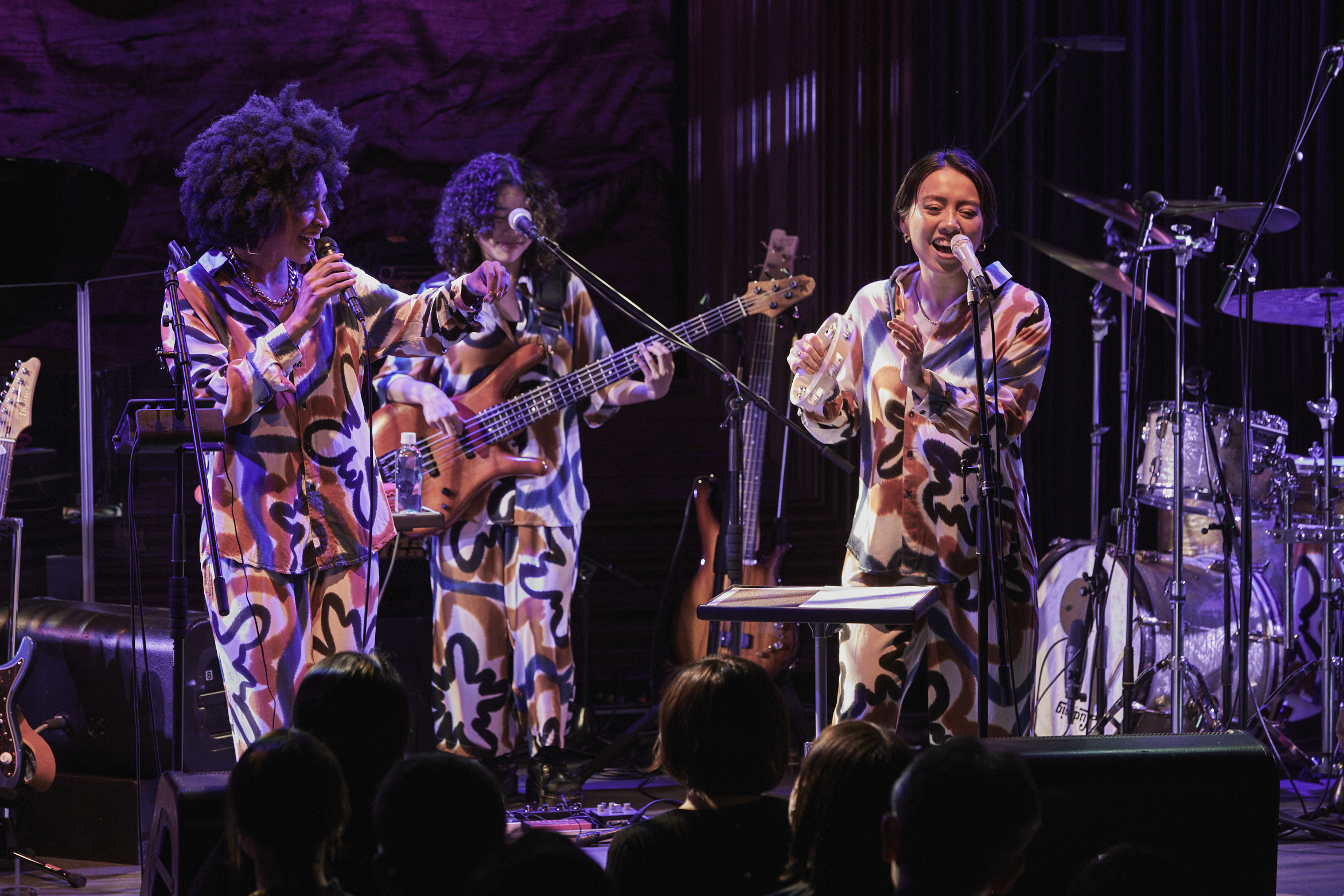 Pajaumi, the Japanese name パジャマで海なんかいかない which directly translates to “I wouldn’t go to the sea with pajamas,” embarked on their journey in 2019 as pianist Kazuhiro Bessho’s solo project. Later, the rest of the members, the vocalists Chloe and FiJA, the bassist Haruna and the drummer Seiya came on board. Despite the band name telling you little about their musical style, the night witnessed their potential unveiling as up-and-coming neo-soul artists.

A few minutes past the start time, Bessyo appeared alone to play his solo improvisation, leading to one of the album tracks, “HARU.” Then, the rest of the band joined him individually as if to represent how the band took its current shape. 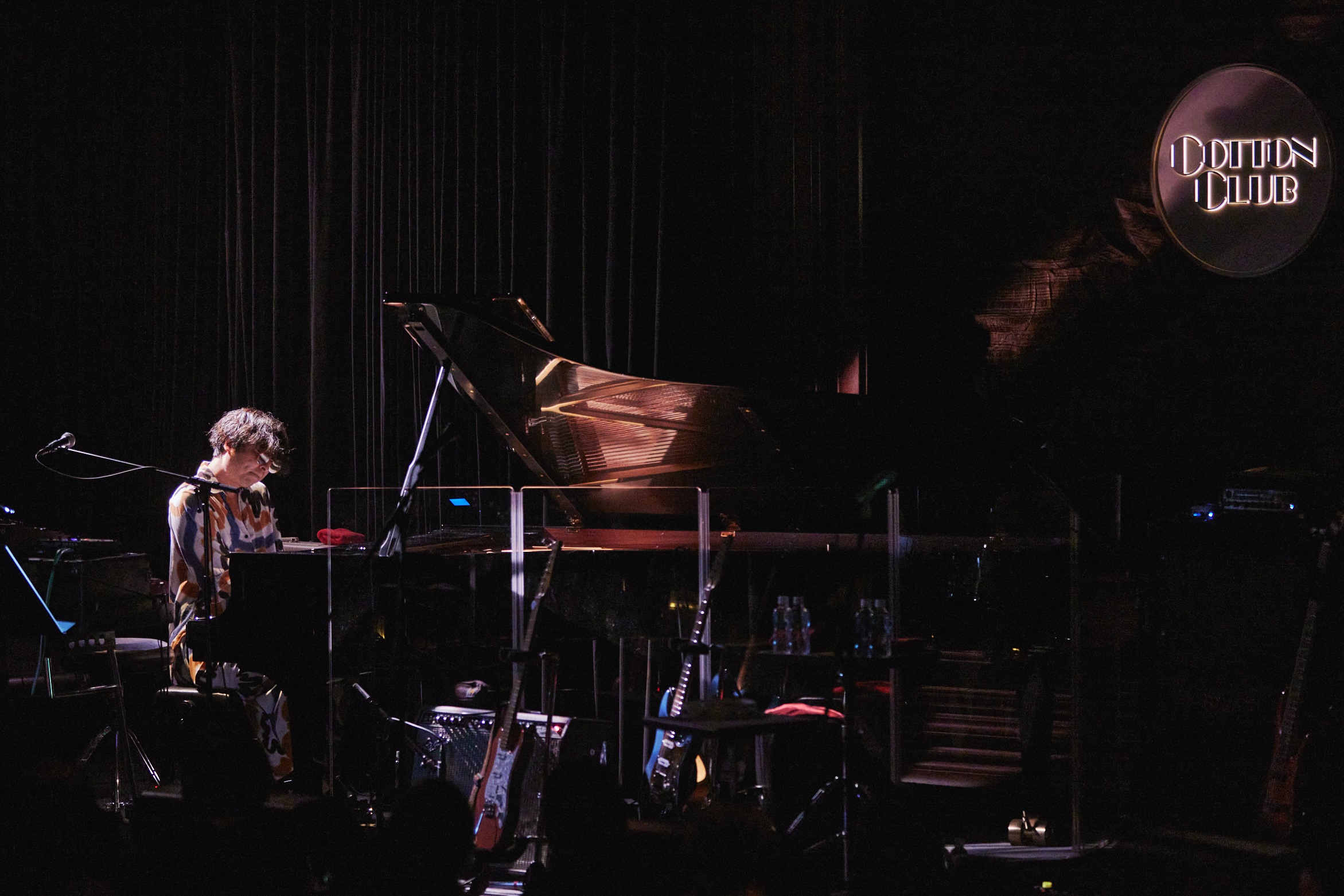 Suddenly, the stage is all set, and they’re ready to showcase the album. “Blue,” the second song of the night, illustrates the color of nature, such as the sky, as opposed to the artificial blue lights on digital devices. The song opens with FiJA’s rich and sensual vocals, reminiscent of the infinite horizon. Chloe adds tenderness and soul to the music. The harmony of the two awakens your sensations.

That is only one of the many motifs for this album. The band touched on various topics for inspiration on this eleven-track record. “Dream Journey” was written as an admiration for the eponymous horse racing which triumphed as one of the major national races in Japan in 2009. On the other hand, “Brazen Fire” is a song inspired by Black American social activist Bell Hooks’ collection of poems When Angels Speak of Love. Whether a Japanese or an international reference, this album was authentically made up of the members’ backgrounds. 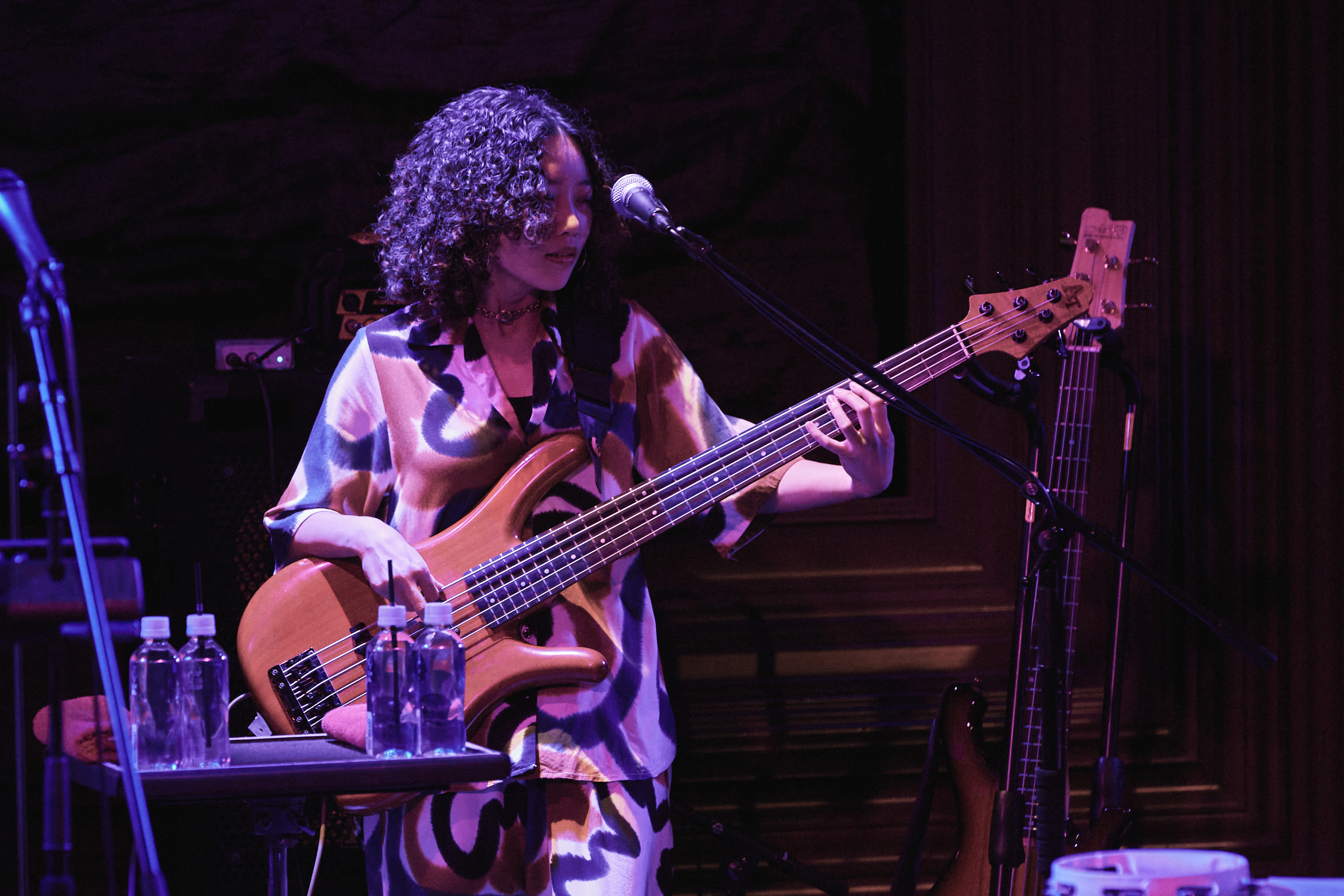 On top of that, it is inevitable that their musical talents should be mentioned. The band’s soulful vocals and grooves are enough to envision Pajaumi on a larger stage alongside globally acclaimed bands such as Hiatus Kaiyote or Robert Glasper.

The night closed off with the last song from the album “Trip.” With the three special guest instrumental players on the trumpet, tenor sax, and guitar, the rich sounds ended on a high note. 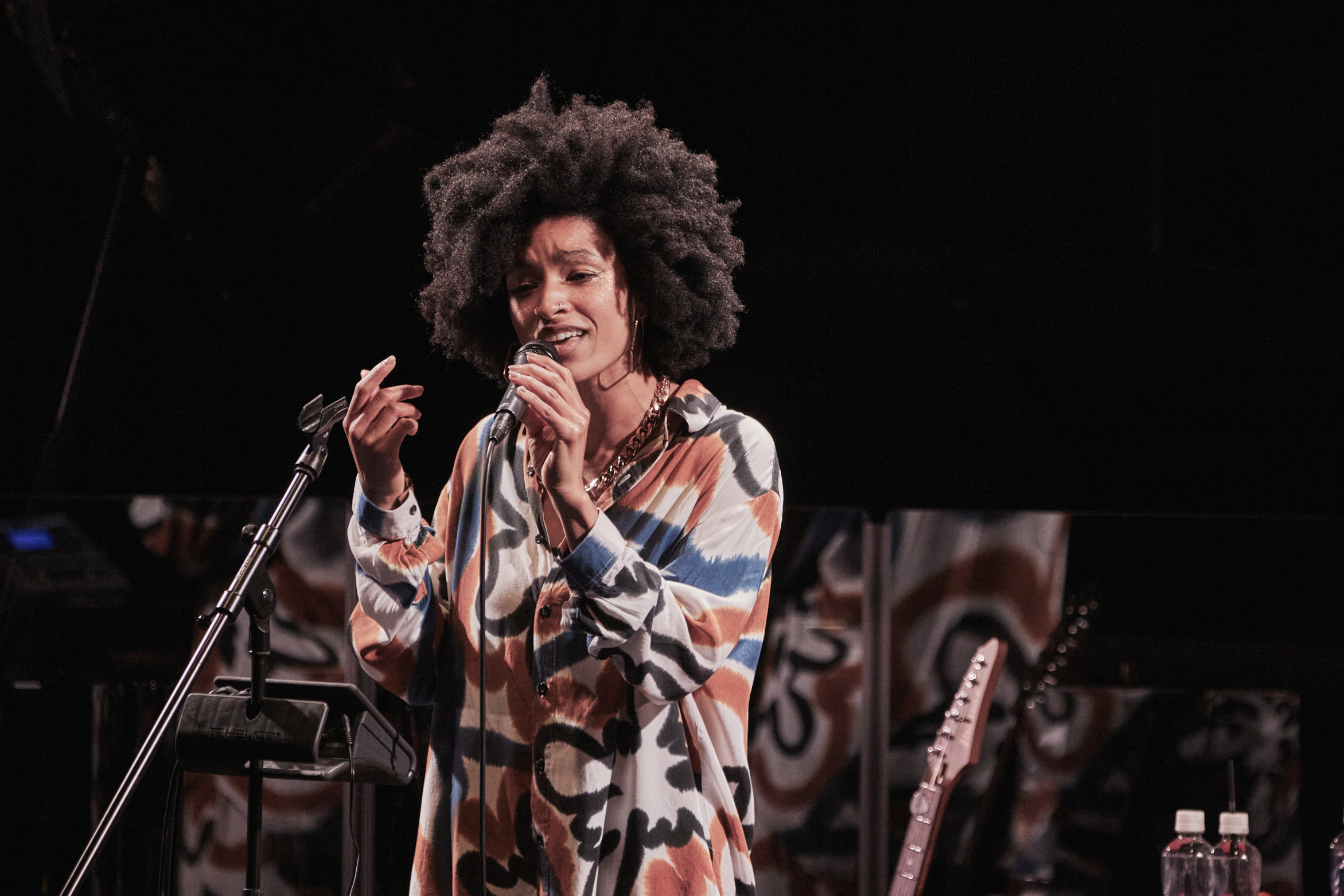 Nothing holds back Pajaumi’s success on a much bigger scale. The band was well-engaged with their international fans in Japanese or English throughout the night. Languages are not a problem to them, and nonverbal improvisation lets them jump over barriers. Remarkably, bands like them have emerged in the Japanese music scene. When walking out of the venue, there’s one certain feeling in mind: they are redefining the meaning of “Japanese band.” 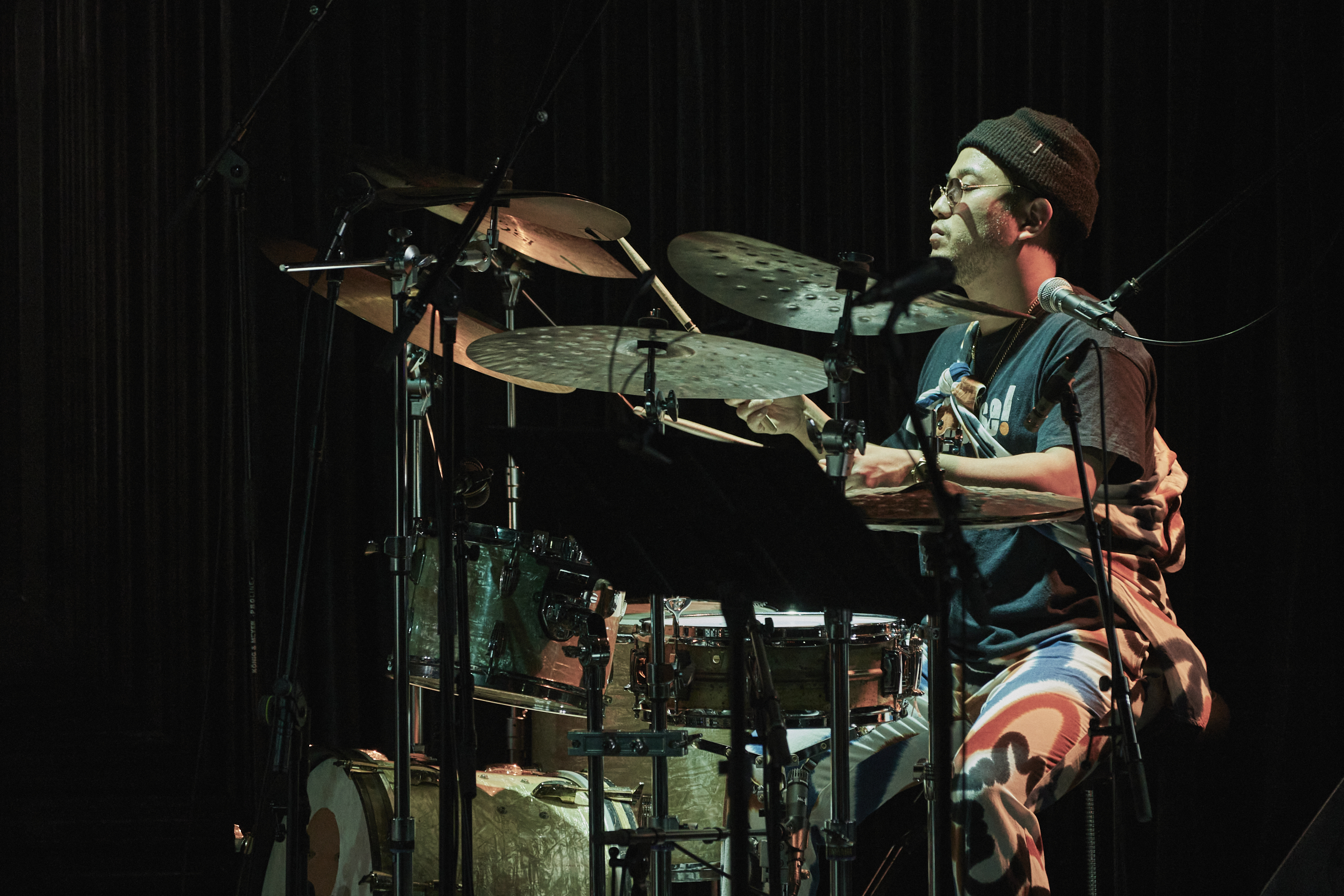