A dynamic metropolis of diversity and culture

For many people, Hiroshima has become synonymous with tragedy due to the fateful events of 1945. When you visit, however, you’ll find a vibrant, cosmopolitan city that refuses to let the devastation in its history define it.

Hiroshima’s resilient nature doesn’t mean the city wants to forget its past – far from it. Many of its major landmarks are directly related to the atomic bombing and despite the harrowing nature of these locations, it’s important to visit them.

The Hiroshima Peace Memorial Museum should be your first port of call — in order to understand the magnitude of what happened and to appreciate the remarkable nature of the city’s recovery. Afterwards, wander through the surrounding Peace Memorial Park to see moving tributes to those who died, as well as symbols of peace and hope for the future.

Also centrally located is the picturesque Hiroshima Castle. Affectionately known as ‘Carp Castle’, it was reconstructed in 1958 and is now host to a range of museum exhibits about the castle and the city’s history.

For a glimpse into modern-day Hiroshima, try to catch a Hiroshima Carp baseball game. The personalized player chants, dancing and seventh inning balloon release are sure to captivate your interest even if you’re completely new to the sport. 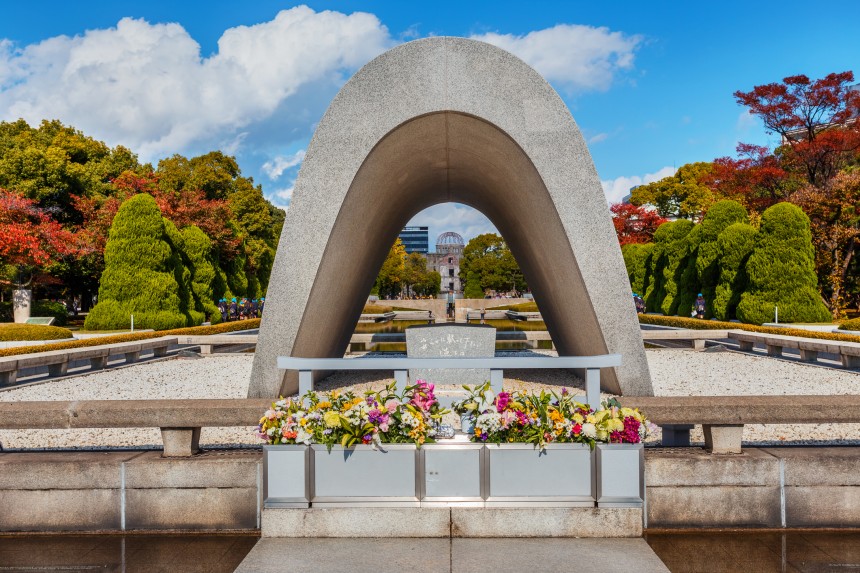 Fall is an especially lovely time to visit Hiroshima, with the autumn leaves adding rich splashes of color to the peace park and the area surrounding the castle. The traditional Shukkeien Japanese garden also extends its opening hours in late November for koyo (changing autumn leaves) viewing and illuminates the trees for maximum effect.

One of the best spots for viewing the fall foliage is Mitaki Temple, which is located in a wooded area to the north of the city. A striking pagoda, three waterfalls and a traditional teahouse lie within its atmospheric grounds, whilst a couple of hiking paths stretch back from the temple up the slopes of Mount Mitaki.

Back in the city center, don’t miss the magical Dreamination displays that light up the streets from mid-November to the beginning of January with a stunning array of illuminations.

Hiroshima is also home to a couple of interesting islands: Miyajima and Okunoshima. Both make great day- or half-day trips. A little way outside the city, they are definitely worth visiting if you have the time – particularly for animal lovers.

Miyajima is the more famous of the two, best known for the iconic torii gate at its Itsukushima shrine. Built approximately 200 meters from the shore, at high tide it appears to float ethereally out in the ocean. During low tide, it’s possible to walk out to the imposing structure for a closer look.

The shrine, however, is far from Miyajima’s only attraction. There are several other temples and shrines to explore, as well as a large population of local deer to befriend as you do so. The island’s highest peak, 500-meter Mount Misen, makes for an enjoyable hike and rewards those who make the climb with spectacular views out over the Seto Inland Sea and back to Hiroshima city. The changing colors of the mountain’s trees make the trip particularly beautiful at this time of year.

Okunoshima is more commonly known by its nickname, Rabbit Island. This is because the small island is home to a colony of over 1,000 wild bunnies — and you’ll be pleased to know that most of them are not shy about approaching humans for food and attention. While these adorable bundles of fluff are the island’s main draw, there are also some walking trails if you’re after a more active trip. Those looking for a more complete picture of Okunoshima’s history should also visit the Poison Gas Museum, which educates visitors about the island’s dark past as the site of a WWII poison gas factory. 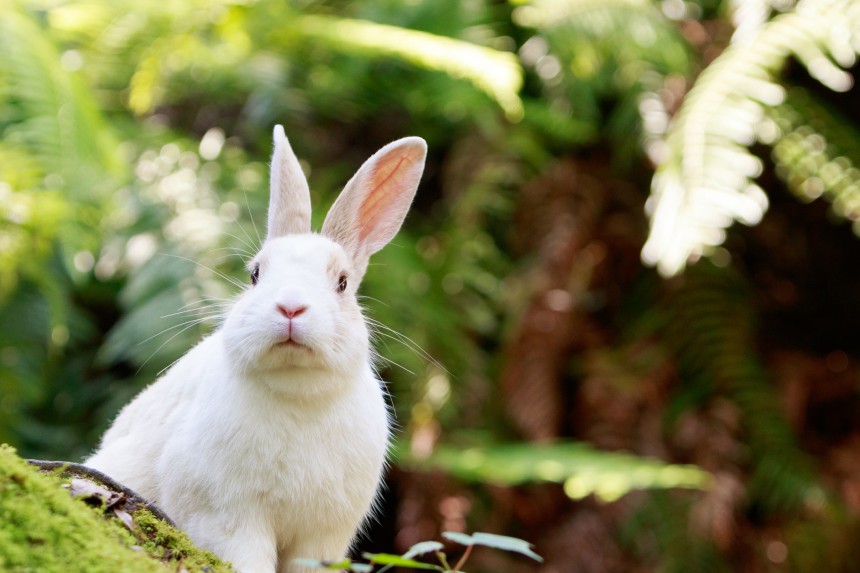 Finally, a trip to Hiroshima wouldn’t be complete without sampling the local delicacy: Hiroshima-style okonomiyaki. A sort of savory fried pancake bulked out with noodles, vegetables and a variety of other toppings, it’s usually cooked right in front of you on a metal hotplate. Although similar to Kansai-style okonomiyaki, what distinguishes Hiroshima’s version is the layered way in which it’s cooked. Restaurants all across the city serve the dish and vegans can find a strictly plant-based version at Nagataya.

A direct flight from Haneda Airport to Hiroshima Airport takes about 1.5 hours, after which you’ll need to get an hour-long bus to Hiroshima city center. Alternatively, you can take the Tokaido-Sanyo Shinkansen from Tokyo station to Hiroshima station in around 4 hours.

From Kyoto and Osaka:

The Tokaido-Sanyo Shinkansen runs directly to Hiroshima station from both Kyoto and Shin-Osaka stations, taking about 1.5 hours.