I Know You Are, But What Am I?

Metropolis’ editor-in-chief examines life in Japan as a stammerer

Whenever it’s possible, I pick my daughter up from school. She looks happy enough when I meet her at the dilapidated gates, though I can never truly share with her the full extent of my adoration in spoken words. I hope, however, that she can feel my unconditional love through my, often futile, attempt at spoken words (in either English or Japanese) or, essentially, worthless gestures.

The thing is I can never really talk to her properly. I speak in short sentences (often rehearsed) and call her by her nickname “Koko” because I can’t pronounce her real name “Kotone Iris” which I chose when she was born in dedication to my wonderful childhood neighbor and the Irish novelist Iris Murdoch. The reason is that I have a stammer. And it’s taken me 43 years to admit this publicly, but it’s true. 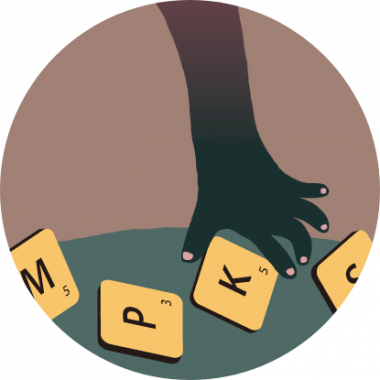 Imagine a world in which you have no real say which words came out of your mouth? It might turn out alright sometimes but other times you would say words that came to you magically and randomly. Imagine someone asked you your name (probably the most common question in daily conversation) and you replied “Joe” even though your name is “Paul.” Or how about “Where are you from?” and you say “Iceland” even though you are Scottish and you need to pretend to be Icelandic for a whole night to avoid embarrassment. Or on the bus, and the driver asks “Where are you going, pal?” and you name a stop on the route, which is miles from your house because that’s the only place name you can safely say.

Well, that’s been my daily life for decades. Absolute linguistic chaos and misery. My friends and family know (and most colleagues), but I’ve been trying to hide this fact for years. So much so that when someone asks me my name I don’t even respond. I deflect the question away and, perhaps naturally, that person thinks I’m rude and discourteous. I’m not rude, actually. I’m a pretty nice chap that would give anyone the time of day but meeting someone for the first time, for me, is genuinely terrifying.

The thing is, I can’t really say any words beginning with P, M, S, T, W and D. But that’s just this week. It can change at any time and I have no prior warning. Sometimes I can say my name with no problem. Paul. On other days there’s no chance. I live in Japan but sometimes, when I’m at home in Scotland or Europe, I say I live in Asia, Hong Kong, Osaka, Kyoto and so on. I lie every day, not because I like lying, but because I feel I have no option.

I devoured books, newspapers and magazines because words brought me joy – and then misery, when I realized that I wouldn’t be able to use most of them in conversation.

You see, when I’m in the middle of trying to pronounce a word, I have no idea how long it’s going to take to get it out and this prolonged agony is usually accompanied by some pretty weird facial tics and the odd set of googly eyes. It might last one second and might be 20. And the responses from people vary from slight embarrassment and confusion to amusement and downright hilarity. The other negative point is that people assume you’re an idiot due to disfluency. Some kind of quirky savant. And that hurts to tell you the truth. I’m not an idiot. I went to university and hold down a credible job writing and editing.

The reason why I was drawn to the written word, in my youth, is pretty self explanatory. When I was growing up I had to learn 10 to 20 synonyms for one word in case I couldn’t say some of them. I had a reading age of 18 when I was about seven years old. My vocabulary became pretty comprehensive for a primary school student. My parents valued education and wanted nothing more than my brother and I to have the opportunities denied to them due to social class and finances. The local library was a haven and I remember trekking through blizzards to the library with my father who, to this day, loves books and the written word. My parents would buy two newspapers every day – Daily Record (tabloid) and The Herald (broadsheet) so my brother and I could see the difference and learn from them.

My mother left a university prospectus on my older brother’s bed when he was 16. We didn’t even know what university was – nobody in our area or family had ever been. My brother Adrian, luckily, liked the look of college, aced his exams and studied Neuroscience at the University of Glasgow followed by a degree in Medicine from the University of Manchester. He’s a doctor now and well loved by my childhood neighbors and community who use him, rightly so, as an example of what you can achieve by a bit of determination. I followed suit, three years later, and entered the University of Glasgow – a hallowed place in a district of Glasgow I didn’t know existed. 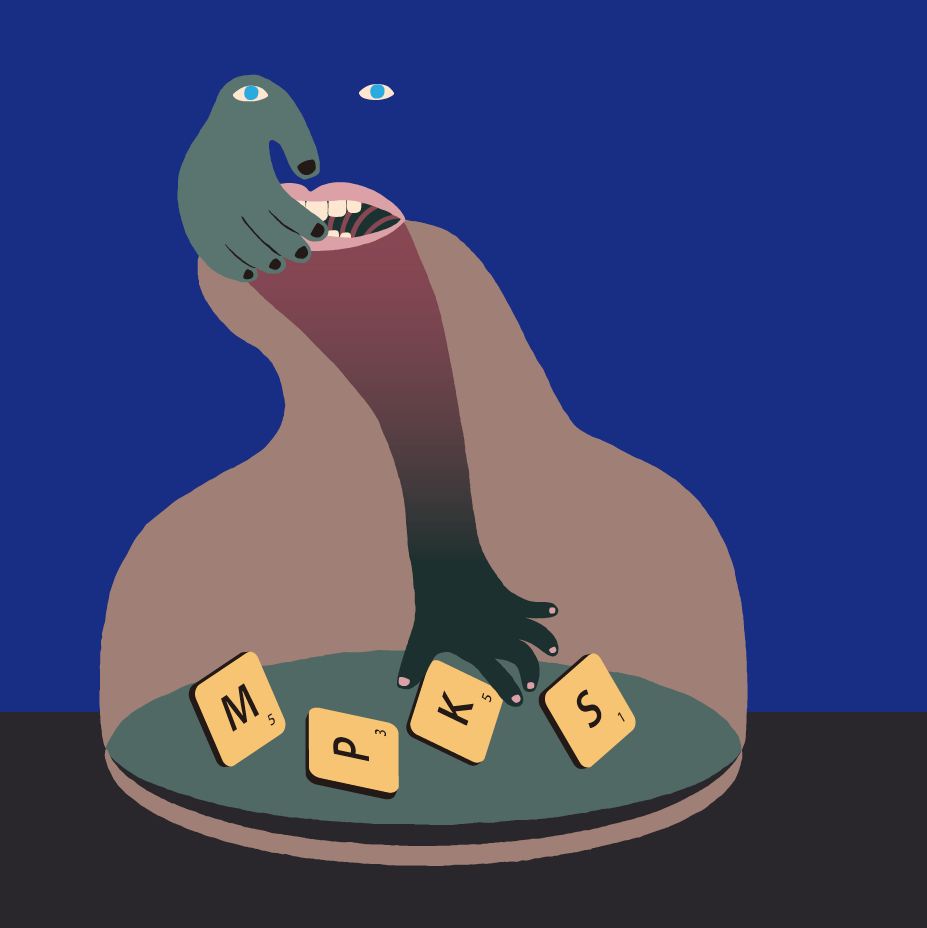 I devoured books, newspapers and magazines because words brought me joy – and then misery, when I realized that I wouldn’t be able to use most of them in conversation.

My close friends ignore my stammer. They don’t finish my sentences or gawk like I’m an animal in a cage. They let me get on with it. They deserve a medal for patience, to be honest. If I meet someone for the first time and they laugh at my stammer, then it’s over. I walk away as soon as possible. I read somewhere that stammering is the only disability that is still socially acceptable to laugh at. People kill themselves every year because they stammer. It can be a real social and personal nightmare. Holding down a job which requires speech (i.e. most jobs) can be really difficult (if not impossible) and getting a point across can be arduous at best. My colleagues at work really must be saints. They always give me time and space to get it out. Sometimes I just email what I want to say which is odd when they are sitting next to you.

In restaurants or bars, for example, I order the first thing I can say. I like cider or beer but I’ve seen myself paying for expensive wine or champagne when that’s the only option. Or going for the steak when I wanted the udon. I think you get my drift. Here’s a funny point though. My stammer isn’t as bad when I speak Japanese. Possibly due to the fact that I still have to think in advance what I want to say.

I absolutely dread that my daughter develops a stammer but statistics are on her side as 80 percent of stammerers are men. So far so good, but apparently it can develop later in some people. I wouldn’t wish it on anyone but it’s made me who I am today. If you ever meet me you’ll probably remember it. The stuttering guy with a Glaswegian accent who won’t reply to questions like “What’s your name?” You’ll think I’m arrogant or weird but trust me, I’m not really. I’m just afflicted with something I have no say over at all. It’s a verbal lottery. It’s a nasty form of speech bingo. If you’re interested in learning more about the dreaded stammer then I suggest you read my fellow stammerer David Mitchell’s excellent novel “Black Swan Green.” It’s the best depiction of stammering you’ll ever read. You might even have a wee cry.

The thing is I can never really talk to her properly. I speak in short sentences (often rehearsed) and call her by her nickname “Koko” because I can’t pronounce her real name

However, my daughter (and I love her for this alone) doesn’t ever stop or stare when I stammer. She loves me unconditionally. And that is everything. My heart stops, pulses are muted and life around you pauses and erupts into incandescence as your only daughter (who you have had no real spoken relationship with ever) opens the door (every day) when you come home from work and says “Papa! Okaeri! Daisuki” (Papa, Welcome home! I love you!) Nothing else seems important, every trouble or embarrassing experience or regret melts into the ether. The love of a child (especially your only child) is the antidote to every dark mental cloud that you ever experience.

She is the future of Japan and her outlook on life is to be admired. She met my friend Neil (and his partner) in hospital before he died of HIV and cancer and hugged him like he was her best buddy. She is an advocate of the Black Lives Matter movement and is known as a leader in her school. No fucks have ever been given. Never a thought to how she looks to her peers. In her eyes it’s either right or wrong. We dance together and love the same music – especially bands from Glasgow. Chvrches, Teenage Fanclub, Mogwai, The Jesus and Mary Chain, Primal Scream and The Pastels. And she’s eleven. That makes her, pretty much, one of the coolest kids I’ve ever met.

As I speed through the beautiful chaos of Tokyo on my bicycle, with my head turned skywards towards the nebulous expanse of night, I wonder of all the innumerable possibilities for her and for me. Perhaps in one of those endless variations of worlds, I arrive home to my house near Ikebukuro and say, with complete fluency, to Koko, “I love you, Kotone Iris.” And that would make me, truthfully, as happy as I’ve ever been. 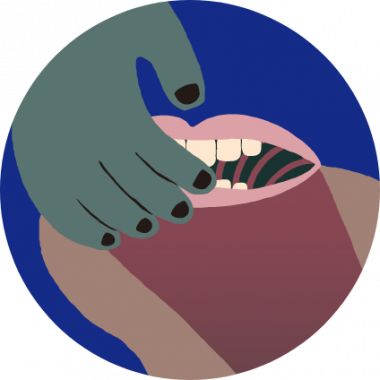 The Japan Society for Stuttering and Other Fluency Disorders (English and Japanese)
www.jssfd.org