Nils Frahm on his All Melody tour, the classical misnomer and whether Japan can save the world

Tokyo is a city of constant stimulation. Crowds, bright lights, long hours and the never-ending buzz of your smartphone… perhaps what will appeal to Tokyoites most about Nils Frahm’s music is the expanse of space in the German composer’s soundworld. Born out of a two year hibernation, Frahm’s 2018 release All Melody is suitably contemplative yet with the playfulness characteristic of his earlier work. Ahead of his performance at Ebisu’s Liquidroom on May 23, Metropolis picked Nils Frahm’s brains on genre, spirituality and whether Japan can save the world. 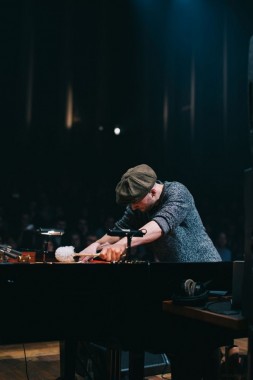 The demands of marketing and, indeed, the limits of language constantly call for classification. “This is a pinot, this is a riesling, this is a champagne…but with music it’s harder,” Frahm tells me. “I was hoping that we can dive into a time when there’s no genre, just music, but maybe not. Maybe we’re not ready.”

Whether the artist wills it or not, the Nils Frahm conversation always gets steered towards genre at some point. There’s something about wrapping so-called ‘classical’ instruments in electronic sounds and pop marketing that makes music writers go a little mad – Frahm is neoclassical, post-classical, new jazz, ambient electronic, depending on who you ask.

What does Frahm have to say about his identity as a ‘classical’ pianist? “It just takes away time from more interesting conversation,” he rebuffs me. “I never had that identity, you just gave it to me. I was an electronic musician all my life and I learned piano because that is the way to go. And you learn piano by playing classical music. You cannot play piano without learning certain classical pieces but that doesn’t make me a classical composer.”

All this being said there is fun to be had in playing with the borders of genre – and perhaps even some interesting conversation. It’s intriguing that Frahm has chosen to play at the Liquidroom for his Tokyo show. The Liquidroom has gone a little upmarket since making the move from sleazy Kabukicho to Ebisu, but it’s undeniable that it is a far cry from London’s Barbican, one of Europe’s premier concert halls, which Frahm sold out in February. When you showcase music in a certain venue you are making a statement about that music, whether you intend to or not. Even as Frahm is ambivalent about genre, he agrees that space is worth conversing over. “Certainly, space is important. It sets the atmosphere for the concert. For me it’s not so much of a difference because I know the set inside out, but for the audience who see it only once it makes quite a difference whether they see it in Barbican or in a rock and roll venue, and of course the mix of people who come to concerts is different every night.” Moreover, variety is the spice of life: “This is also partly why I never get bored, because when I go on stage I don’t know what to expect. It’s always a unique atmosphere. I lean on the benefits of either option and work with that. Some songs sound better in a classical environment when the acoustic is controlled, but in rock venues they have a great PA system and that’s great for the electronic sounds.”

Frahm has been to Japan twice before, in 2011 and 2013, when he played at an event called All About the Piano. He enjoyed the adventure but he has unfinished business here, musically. “I couldn’t bring my synthesizers because they were too expensive to fly. So I thought, “I can only play the piano for now and put a little attack on it but wait until I come back, I will give you more.” He’s certainly keen to give his best this time around, “I don’t feel like I’ve ever played to my ‘potential’ in Japan, so it’s time.” 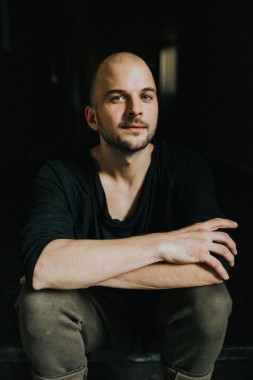 What makes Japan so special? The same thing that draws Frahm to music: spirituality. “I think Japan is a very spiritual place. It shows in all of the little ceremonies. It’s one of the most poetic places in the world. Some people misunderstand when they see the Tokyo skyline. But in the core of the Japanese soul for me is poetry and spiritualism and all the technology, being on time and all that is just to be more spiritual…not the other way round.” What does spirituality mean to Frahm? “Everything which addresses the unrational, everything which addresses the human spirit is, for me, spiritual and music, in my case, is always trying to communicating with something that is hard to reach.”

“All my hopes and prayers go with Japan that they will invent a more spiritual way to live, to deal with all the obstacles and all the issues to show us the way. They have the potential for that, in this time…we need them.”

If his team get some downtime on this tour, Frahm is keen to introduce first-time visitors to his Japan must-dos, with onsen and sake tasting on the top of the list. “But I won’t make a big schedule for everyone because the most beautiful thing to do in Tokyo is browse around, and allow yourself to be surprised.”