David Watts Barton has compressed all of his knowledge from his journalism career in Japan and squeeze all the juiciest bits into his debut book “Japan From Anime to Zen.” A deep-dive into the traditions, cultural, historical and social context of the country, the work has much more to offer than your average cultural guidebook. 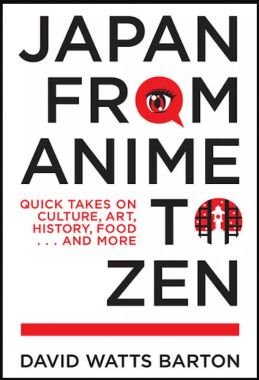 Cultural explanations go much deeper than a typical travel guide and cover 1,500 years of history and culture.

Published on April 27, 2021 by Stone Bridge Press, “Japan From Anime to Zen” is easy-to-read and demystifies more than 85 sides of ancient and modern Japan. Its chapters delve into the context behind Japan’s most famous contributions to the world, and also expands on some of its most tragic moments in history. Many of its topics also explore points that may be unknown to even the most devoted Japan-enthusiasts.

As a Japanese person myself, I expected to know most of the content in the guide, but I was surprised to see that there were some things that I had never heard of before. For example, although the country has a severe taboo on tattoos, during World War II, the Japanese youth tattooed their skin because they thought that would circumvent them from joining the army. 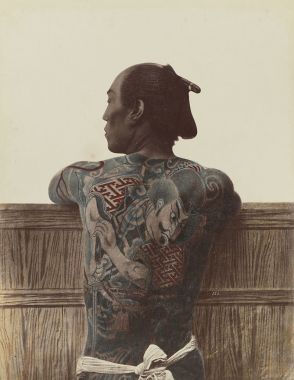 Criminals, who had originally been marked by tattoos with well-placed kanji character warned that the man was a thief, or worse—soon added more, bigger tattoos to cover the original branding.

Once the war was over, the U.S-influenced constitution allowed tattooing as a form of freedom of speech. While Barton does discuss snippets of Japanese culture trivia, he does not forget the important historical events and philosophies that created the Japan we know today.

Reading Barton’s kind yet objective insights with notes of humor on Japan was a refreshing experience. Another fact I wasn’t aware of until reading this book was the origins of hanami — a famous annual Japanese tradition of “viewing the flowers” while eating and drinking, socializing with friends and family. Who knew hanami traditions dated back to 8th-century Nara?

In the beginning, plum blossoms used to be the star of the hanami show but, in the 9th century, the focus turned to the cherry blossoms, a tradition which continues on to this day. Through “Japan From Anime to Zen,” I could understand the origins and the context behind the things that are so commonplace to me that I had never questioned how or why. 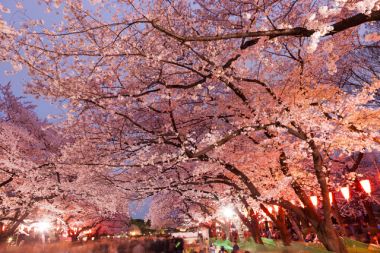 Hanami brings together several threads of Japanese culture, focused above all on the love of nature and beauty, the delight in simple things and the joy of eating and drinking together.

The book is filled with deep context and history behind everything that makes Japan, from what is “umami” to the Fukushima incident in 2011. There is something new for everyone on every single page and there is no right specific way to read it as it can be chronologically read like a novel or flipped through at random pages. The book does not only capture the hearts of lovers of Japanese culture but also people with a newfound interest in Japan. All readers will undoubtedly find themselves learning something new.

Order Japan From Anime to Zen at Stonebridge Press