Anyone who has ever strolled around Shinjuku’s gritty Kabukicho district has seen them; the bars and clubs with neon signs which indicate there’s more on the menu than drinks and light snacks. Bars that offer female company to male customers are a common feature in Tokyo’s nightlife. Some passersby may be curious; some may find it tasteless. Others call it their workplace. Umeo is one of the young women who a couple of times a week dresses up in a bunny costume to converse with customers as a hostess. Here, she shares her thoughts on humanity, art, the beauty of darkness and why she aspires to become a Buddhist priest in the future. 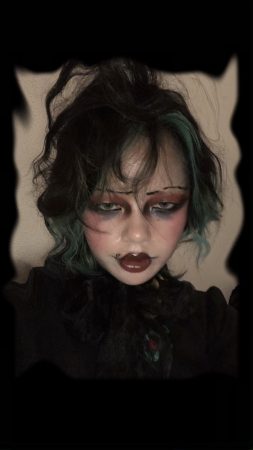 Umeo has worked as a ‘bunny girl’ in Kabukicho for four years.

It is still early afternoon when Umeo arrives at the club in Shinjuku’s number one entertainment district. She dresses up in black bodysuit, fishnet stockings and bunny ears to join four other girls in the bar which is open daily from 12pm. Umeo prefers daytime over evening shifts since customers tend to behave better and not get too drunk. As for today’s makeup she opts for a soft pink eyeshadow and coral-tinted lip gloss. Her relationship with makeup goes deeper than most people. “When I was younger, I suffered from a lot of complexes. I would cut my lips with a blade because I found them unattractive,” Umeo says. It was through the art of color that she finally learned to accept her outer self. “It was with excitement I realized that no human being is definite but versatile and fluid,” she says. With makeup, Umeo experienced a freedom to transform herself to anything she liked. After acquiring techniques at a hair and makeup school in Tokyo, she can now call herself both a makeup artist and makeup tutor.

Umeo is in her fourth year as a bunny girl. At first she found it awkward to dress up in order to please sexual gazes, but the curiosity and need for money made her overcome it. But it took a while before Umeo could tell her friends about her slightly unusual part-time job, and she still does not tell just anyone about it.

Some people misunderstand what it means to be a bunny girl. It is not about offering sexual favors but accompanying male visitors. Umeo says that her bar is noted for having particularly impressive-looking girls. “Of course, there will always be customers who give me vulgar looks and act in a lewd way. But there are also those who do not actually care about how one looks but who come for the sake of interesting conversation,” she says. Neither girl nor customer is allowed to touch the other physically and if a customer violates that, gets overly aroused or behaves strangely in any way, he is asked to leave immediately. “We never negotiate on our security,” Umeo says.

Of course, there will always be customers who give me vulgar looks and act in a lewd way. But there are also those who do not actually care about how one looks but who come for the sake of interesting conversation.

Umeo grew up with her parents and two siblings in a Buddhist home in Yamanashi Prefecture. “I learned strict etiquette and traditional Japanese culture. Death and closeness to nature are subjects that were always near, which I am greatly thankful for today. By meditation I learned how to cope with fear and anxiety related to death.” To grow up at a temple had negative aspects as well. “To color one’s hair and have piercings is not a big deal to me,” she says. Yet Umeo’s distinctive look did not agree with non-Buddhist people’s view of what ‘a Buddhist’ should look like. People in the neighborhood consistently made comments about her, which induced in her strong feelings of constraint and despair. 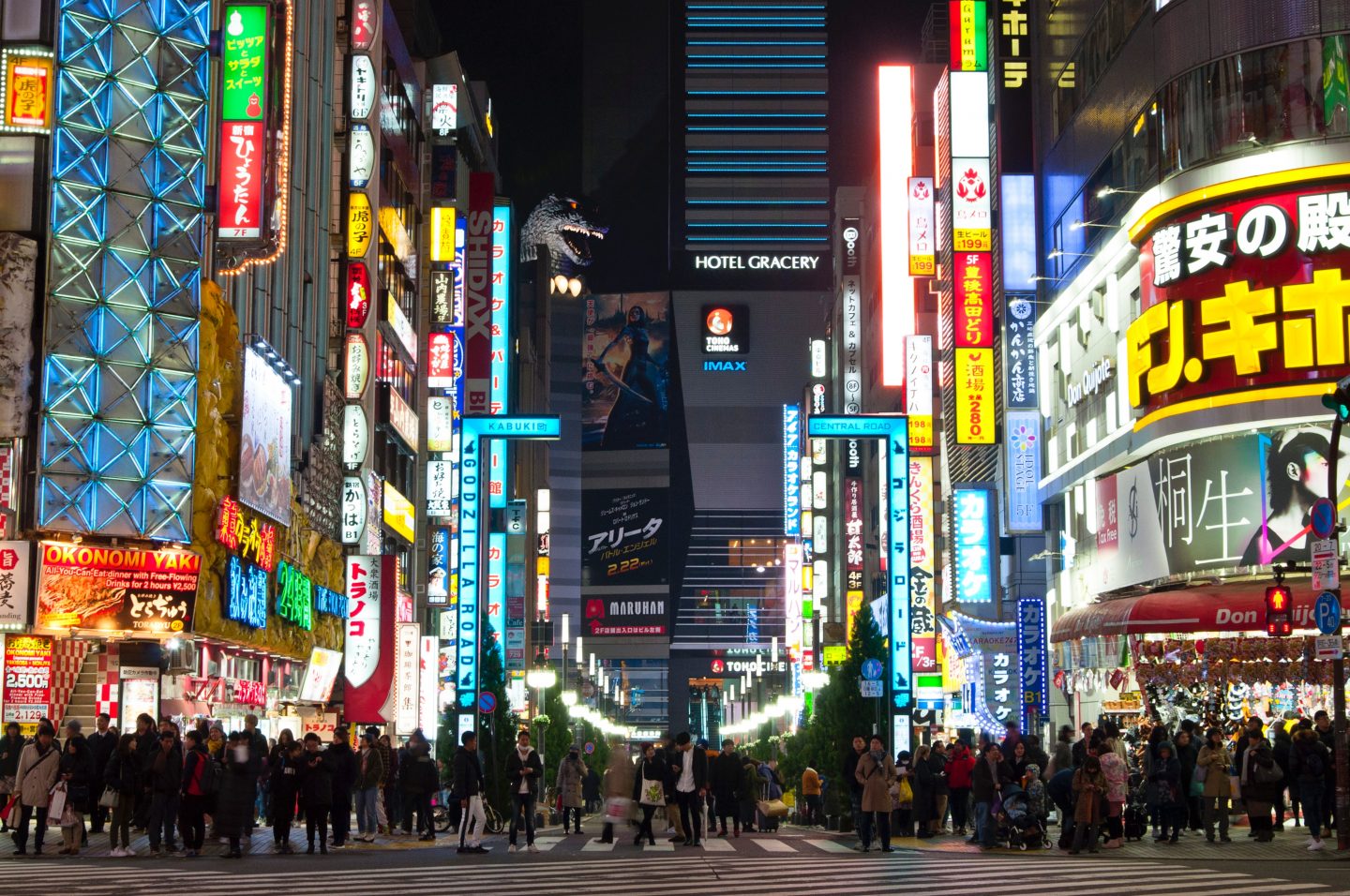 Kabukicho, known as Tokyo’s red-light district, is famous for its host clubs and entertainment centers.

Umeo’s mental pain became so strong that, during middle school, she attempted to take her own life. However, the environment that caused some of Umeo’s hopelessness in life was also the element that brought her back. The temple, nature and what she encountered in her hometown become her reason for choosing life. “What is born in this world is sooner or later going to meet death. As death approaches, people look back on their lives; they see what they gained in knowledge and experiences. I became fascinated by this and realized that I wanted to take part in this important moment in peoples’ lives.” That was when she decided to follow in her parents’ footsteps and become a priest.

In the future, Umeo wants to pass on the Buddhist tradition and expand the ways in which people approach mortuary makeup. “It is the most beautiful makeup of all,” she exclaims. “I want to keep exploring and discover myself, create stunning things and spread my wings in my own way.”

The clock ticks and Umeo’s shift is soon to begin. On the question of how she sees her job as a bunny girl in the context of a patriarchal society which often sexualizes women, she answers that it is up to each and everyone to decide how much they want to play on their sexuality versus emphasize their intellectual side. “A woman who decides for herself what path to stroll in life  — that is beauty.”