On goldfish, the disregarded relative of Japan’s national fish

Koi, the colorful, ornamental subspecies of the common carp, has today become synonymous with Japanese culture. You can find it everywhere from artwork to tattoos to decorative ponds, unlike the goldfish, which you can usually find being flushed down the toilet after its owner forgot to feed it. Although kingyo (goldfish) haven’t found as prominent a position in the country’s national identity, you could make the argument that they’re more fascinating than koi fish.

The history of ornamental koi goes back to around the 1820s when Japanese people started breeding them for their intricate color patterns. Selective breeding of goldfish, on the other hand, started way back in 10th century China (previously, the fish were raised for food). Then in 1502, the first goldfish was introduced to Japan.

“Wakin is the most common kind of Japanese goldfish,” says Mr. Sato, a kingyo aficionado from Yokohama. “It’s the original. It then became the basis for all the other goldfish types out there. Ryukin, Pearlscale goldfish — they all evolved from the Wakin, which are the ones that look most like koi, with their shape and red-white coloring.” 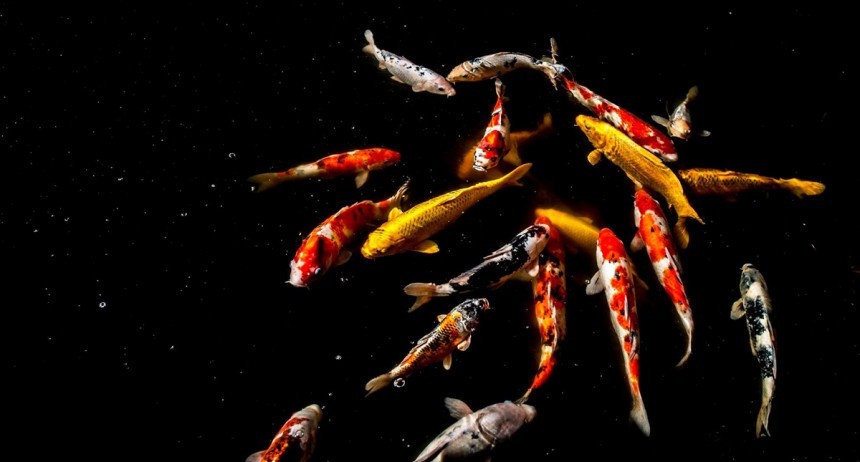 That isn’t a coincidence. Although goldfish and koi are different species, they were created by selectively breeding species of carp, meaning they’re technically related. So why is one now thought of as beautiful and elegant while the other as a cheap starter pet for a child? It’s hard to say. For whatever reason, the goldfish seems to have the worst public relations people behind it. Which is why now we use the term “goldfish memory” as an insult, even if it’s completely inaccurate. You see, rather than a mere 3 seconds, a goldfish can remember facts up to 5 months, and that’s not all. Mr. Sato explains:

“Some of my fish remember my face. During feeding they will swim up near the surface and patiently wait for their food, but only if I’m doing it. If it’s someone they don’t know, they will ignore them.”

Kingyo usually come in some variation of red, white, blue, calico and sometimes even a captivating gold. Speaking of color, goldfish have four types of cone cells in their eyes, allowing them to see 100,000,000 colors (one hundred times more than humans). But only for those goldfish that don’t have giant, vision-obstructing tumors on their faces.

Oranda is a popular species of goldfish bred especially for the red “hood” growth on its head. Technically, the tumorous hood should never cover the fish’s eyes or nose or interfere with its wellbeing in any way.

“I don’t really like the hooded kingyo or the lionheads [another type of goldfish where the growth covers the entire head],” Mr. Sato admits. “I only have one of those and the poor guy has trouble seeing because of his overgrown hood. He sometimes bumps into the aquarium wall because of it.” 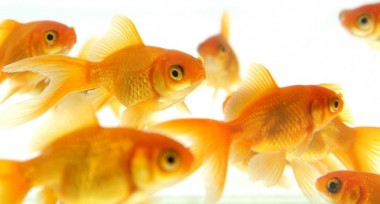 Incidentally, Mr. Sato also points out that fishbowls are one of the worst places to keep a goldfish. They apparently need lots of space to move around and are often a decades-long commitment. With enough care, a goldfish can live around 20 years. The oldest one on record was 45 at the time of its death. “You really bond with them,” Mr. Sato says. “They are beautiful, smart creatures, and you have to give them the best care that you can.”

So far, that’s exactly what Mr. Sato and other fans of kingyo have been doing, but the fish still aren’t taken too seriously in Japan. Most people still get their goldfish at festivals, from the so-called “kingyo sukui” games where participants try to fish out goldfish from large tanks using paper scoopers. As such, the kingyo is now rarely associated with wealth and abundance, as they are in China. But there are still people and organizations left in Japan who see them for the elegant creatures that they are. They’ve taken up the challenge of breeding them in increasingly vibrant colors and patterns, even if there’s little money in it. Although there may not be gold in raising goldfish, there’s still something cool about owning a tiny animal that comes in many shapes and colors, lives up to 20 years, and can remember your face, almost like some kind of aquatic rainbow dog.